3-32-2016
Got on the water a bit later than normal, close to 8:00. I decided to run main lake points first thing with swimbaits looking for big pre spawners. Water temp was 58-62 and was very clear. Visibility was really good so I stayed off as far as possible making long cast to with in 5 foot or so of the bank and slow rolled them back to the boat. The best action was from 8:30 to 11:00, then the wind picked up and the swimbait bite dropped off. I was throwing a variety of swimbaits like Hudds and Deps 250s and 10″ Jds customs trout in slow sink. After my first ten casts I had a good follower 5-6lbs on the deps. I quickly picked up the Jds 10″ and chucked to the same spot. Most times I like to show them a different bait the next cast. On that cast 10 feet from the boat a giant crushed it. I knew immediately it was big by how small it made the 10″ bait look. My first DD of the year weighing in at 11.24lbs. After collecting my self I went right back to chucking. Immediately it got crushed again right at the boat. Seemed most of the fish were waiting till the last second to take a swing. It was a 5 1/2 pounder. It turned in to a bit of a flurry till about 11:00. Most fish were in the 3-5 range and came on the Jds customs 8″ and 10″. 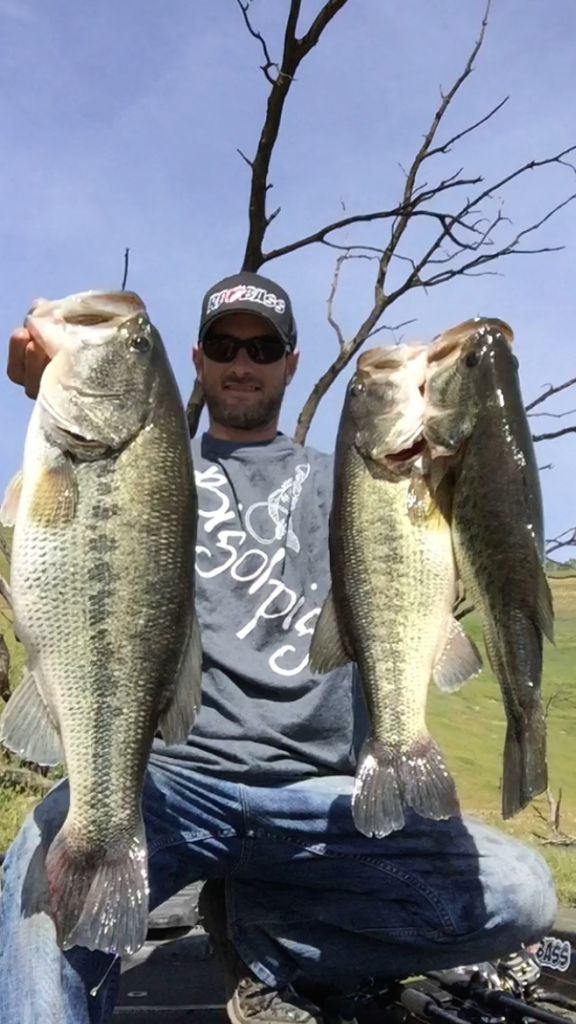 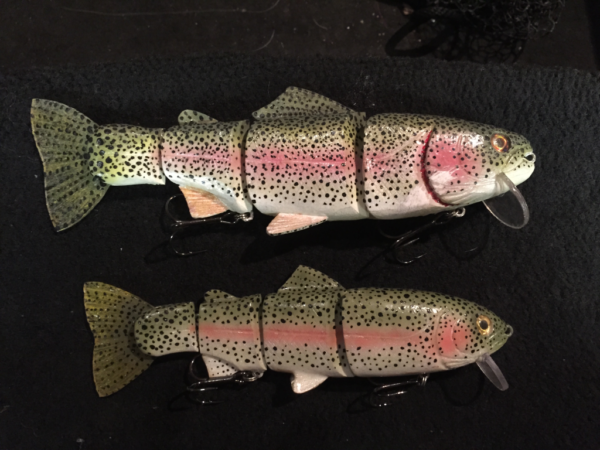