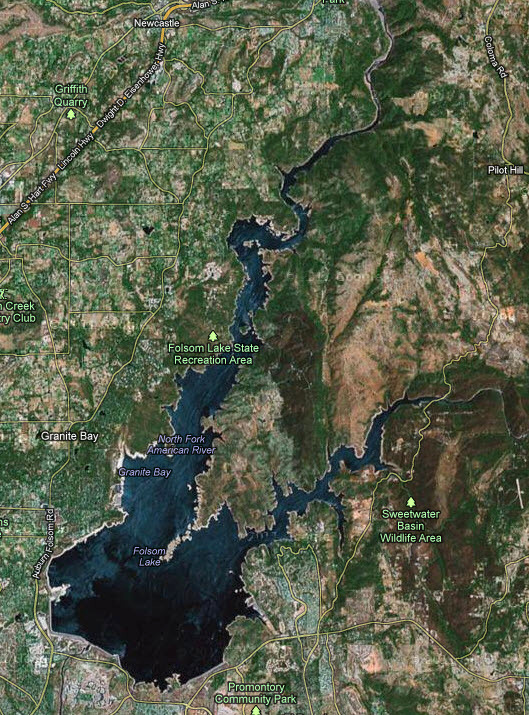 It was once again time for the Bass Pro Shops Open Top 100 event that would be held for a second year on Folsom lake from May 19th – 21st. The official off-limits for this event were the prior Monday through Wednesday, leaving Thursday the official practice day before day one began on Friday.

I fished this event again this year with my buddy Phil Garcia with three goals in mind, make the top ten, finish better than we did last year and of course come out on top of a strong field of anglers.

Water temp was in the mid 60’s to 70 degrees and had visibility of about 10 feet in most of the lake. We pre-fished the Sunday before the off-limits period and then built off that on Thursday pre-fish day. The lake and recent weather conditions seemed to have fish in all three stages of the spawn, which allowed us to target bed fish as well as fish out to 30 ft deep and all between. Based on practice we felt we had a pretty good game plan in place which for the most part held up to help us get into the top ten, but with us as well as several other teams rotating through the same spots, it made it a real grind on the final day. 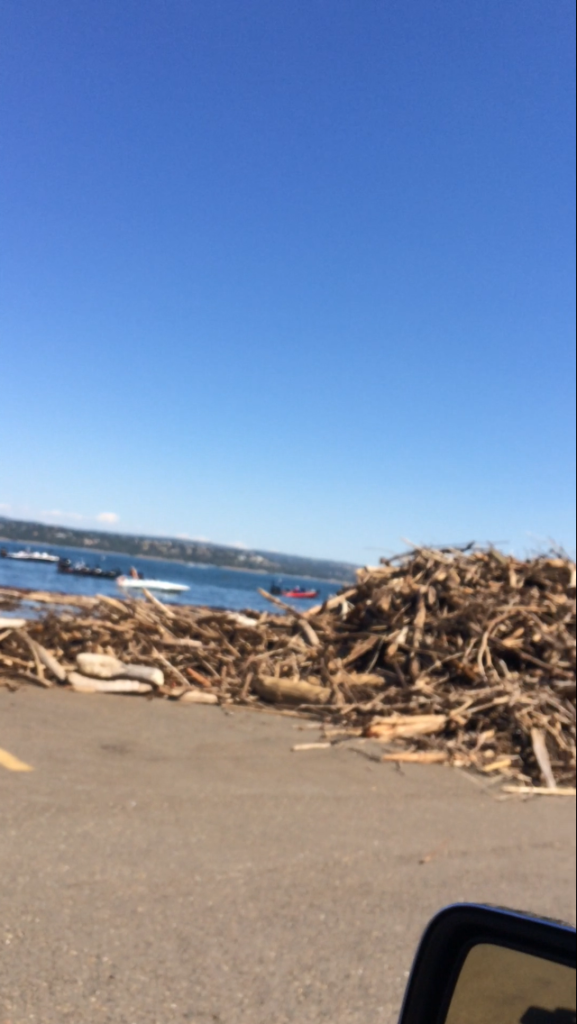 Another problem that all the teams faced was the very high amount of wood that was all over the lake due to the rising water levels due to prior storms. Truck loads of it was removed from the water which helped a little, but there was still tons floating around and this was a real problem when trying to get from place to place as well as being able to fish many areas of the lake. Of course, safety was going to be our first priority, so we took our time moving around the lake as needed.

On day one all 77 teams blasted off and our plan was to go catch four bed fish we found and then go start our rotation of spots in the North and main body. The bed fish we found were all within about 500 yards from each other and we knew the order in which we were going to catch them based on their reactions to us on Thursday practice.

We knew that 3 of the four fish should be pretty easy to catch if they were still there and nobody was on them before us. We knew exactly where they were set up which allowed us to stay back and make a longer cast to them if needed.

We pulled up to the first spot and made one cast, fish on!! Net, live-well, pulled the trolling motor and went to the second one. First cast, fish on!! Net, live-well, pulled the trolling motor and headed to the 3rd fish. After about 8 casts, fish on… you’re getting the idea! Off to the forth that was about 40 yards across the cove. We knew this one was going to be tougher because it was in about 8 feet of water. We made about 30 casts to the area and figured we’d have to wait until the sun broke the hillside to give us some advantage in seeing the fish. After about 10 minutes we were able to hook up and get it in the boat. We were 4 for 4 and it took all of about 20 minutes to get all four fish. The first three were all first casts and took a total of 5 minutes including run time… that was AWESOME!!! The only thing better would have been if those 4 fish were better quality.

We started running our stuff and the first place we stopped after the bed fish we hooked up and had our limit. From there we caught a ton of fish and I lost count of how many times we culled. We ended day 1 with 13.58 and good enough for 7th place.

Day two we knew we had to just start running our rotation as we did not have any other bed fish located. The bite got tougher overall for most of the field including us. We fished from 10 to 30 feet deep through our entire rotation and ended the day with 10.64. We were in the 2nd flight both days so on day 2 we had to wait to see if we made the top ten with our two-day total of 24.22. It was nerve racking for sure but when all said and done we got in at 8th place, which matched the spot from last year’s event.

Vince got us and the 9 other boats out at just before 6am and we once again started our rotation of closer spots due to the shortened day since we needed to be at the check in tent at 2pm. Day 3 got off to a slow start until we hit our third spot. We then got our limit shortly after. We knew we were not going to be able to capture the win due to the great limits that the top two teams had on both days, but we wanted to try and move up as far as we could with the bite getting tougher for us each day.

All 10 teams caravanned from the lake to Bass Pro Shops in Rocklin where a drive by weigh-in was going to take place in front of friends, family and a huge crowd. They also put on a small expo and had several vendors in attendance including RBBASS, where attendees could check out cool product, talk fishing, enjoy kid’s events and food. 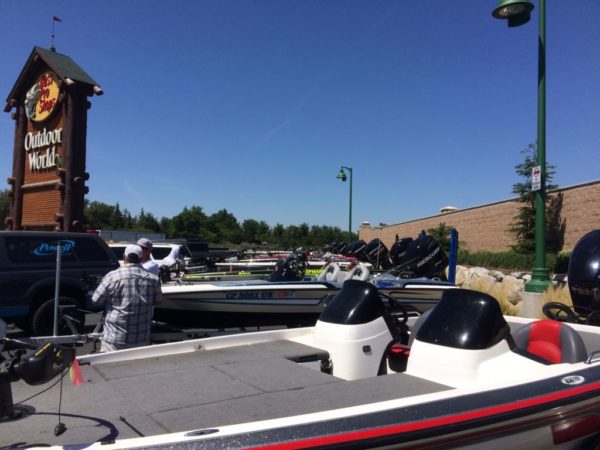 We were staged back and waited for the live release boat to get into place and the weigh-ins proceeded. We slowly pulled up to the stage to music and a great crowd of people. We got up on stage, showed a couple fish off and then got our limit put on the scales. We needed over 12 lbs to take the hot seat, but fell short with 9.95 lbs. We watched the remaining teams weigh-in and the father and son team of Tom & Shane Peirson took the win with a three-day weight of 42.59 lbs, which was an incredible total for how tough the lake was fishing.

We ended the event with a total weight of 34.17 lbs which was a very respectable weight for the conditions. We ended up in 7th place overall and got a nice pay check for our efforts. This was the 2nd annual BPS Top 100 event and we mirrored what we did last year, making the final day in 8th place and then finishing the event 7th overall… not too bad at all! 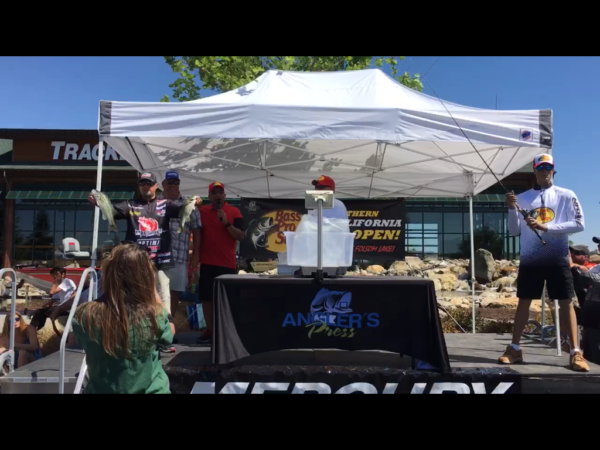 If you’re going out to Folsom, please be safe and considerate to your fellow boaters. The lake is full of wood both floating as well as submerged. Take your time and make good decisions while operating your boats as well as on the ramp.