You are here: Home / Bass Fishing Tips / An Old Standby – by Mike Rogers

Ok, nobody laugh! I’m here to give you anglers a tip on a killer bass lure, which most bass anglers never use, but it’s a killer bass lure too. I particularly have thrown it only in the clear waters, of what I call the Sierra lakes, like Lake Oroville. These lakes would also include Shasta, Don Pedro, Pardee, New Melones, Hogan, McClure….you know the ones. 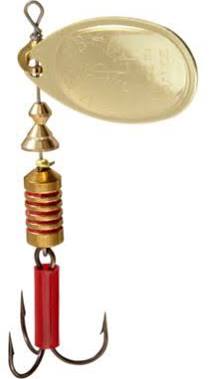 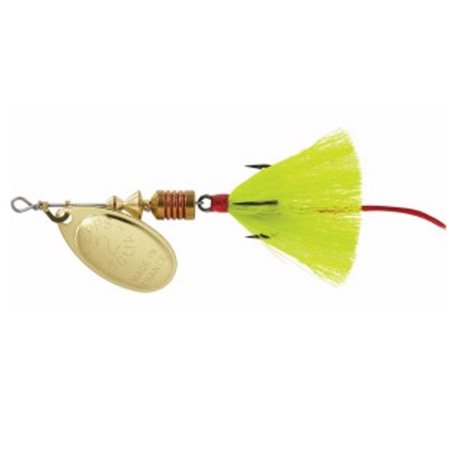 You can throw it, with or without, the rooster tail on it. I throw it without, just personal preference. I use an 6-8 lb fluorocarbon, on a 5’6” ultralight rod and spinning reel when fishing for trout, but when I fish for bass, I use 10lb fluorocarbon, on a 6’6” Medium Spinning Rod. Now you are going to catch a 100 fish a day on it in the summer time. During those hot, clear sky, summer days, the larger bass tend to seek cooler water, and stage deeper than the little guys. The trick to catching the bigger bass is to let it fall to almost bottom before retrieving it, at whatever depth you graph them at. This gets it below the skirmish line of most of the smaller bass and down to the larger ones. You are still going to catch some smaller ones, but not near as many. You have to be a pretty good at judging the rate of fall, as you all know Oroville is a rock lake and getting stuck on bottom is a good possibility. I’ve never fished the other lakes mentioned above, so you be the judge. Now I understand that “larger” fish is not Delta large, Clear Lake large or Lake Berryessa large, but you are fishing a Spot lake, not a largemouth lake, so large is relative. I usually work different depths starting at 10 feet and with each successive cast I work lower and lower, to about 25 feet. When nothing else was working or it was very slow, this was my go too lure back in the day. It’s a great starter lure for the young people, because it catches fish. As you know, I fish the BBT Tournament Series and haven’t had much call to use it, but I used to fish the ABA Tournaments several years back, and this Mepps helped me to place 5th Twice, and once the Big Bass Award (again relative lol). The biggest Bass I have caught with it was 5.4 lbs. Not many spots get that big there, but I have seen larger ones caught.

So next time you fish one of the Sierra Lakes, whether for fun, with family or competition, keep in mind the #2 and #3 Gold Mepps, for consistent catches during the summer. One in your tackle box can’t hurt. Go have fun!

Below are some places you can find the Mepps products…