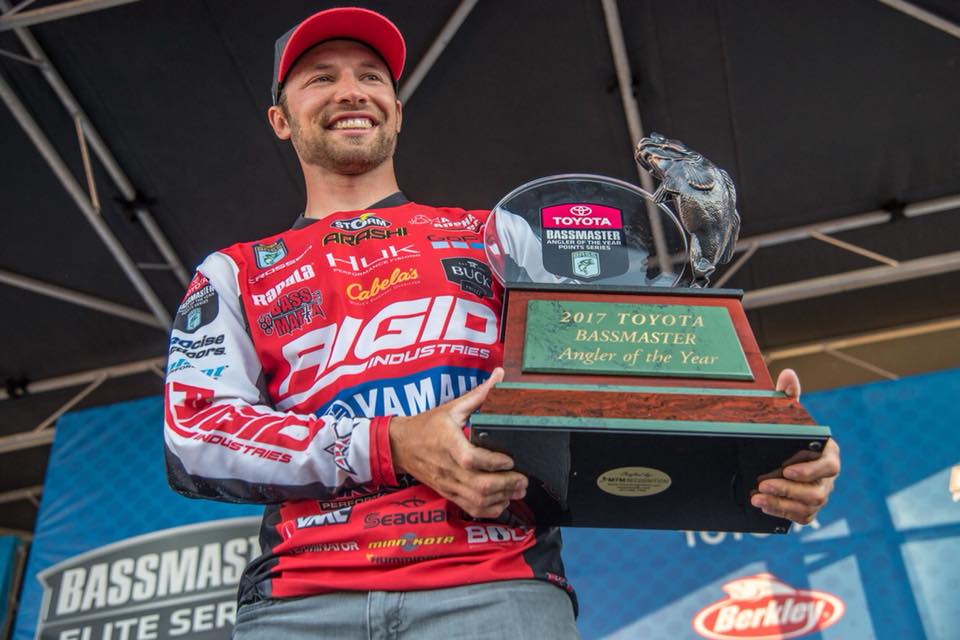 Every year on the BASS Elite Series there are new, young and talented anglers. Most wont make it in the long run, some are unable to even make an attempt due to the high cost of competing. The 2011 season introduced us to a very young and talented angler from Idaho. Yes I said Idaho. Not a place we think about bass fishing, let alone the home of one of the worlds best anglers. Well at the time he may not have been one of the best, but fast forward to 2017 and the proof is in the Angler of the Year. Brandon Palaniuk is a different breed. You could tell early on in his career that he was special. He has grown over the years, improved every season, and fulfilled his dream in 2017.

I have to say he is one of the hardest working and devoted young anglers. Really its no surprise to see the young man from Idaho rise to the top of the sport. After all his devotion and drive is at the top of the game. For those that dont know. BP is very active on Facebook at httpss://www.facebook.com/brandonpalaniuk/?ref=br_rs so be sure and check his page out. He really goes above and beyond. This past season he has done video throughout the season of all the tournaments. The links are on his page and let me say, he does an excellent job putting the videos together. Who would have known in the beginning of the year that the AOY run would be recorded from start to finish. I encourage you to watch as there is lots to learn from this young man.
I felt it was important to recognize the achievements of BP and doing so at a young age yet with the grace and dignity of a seasoned veteran. 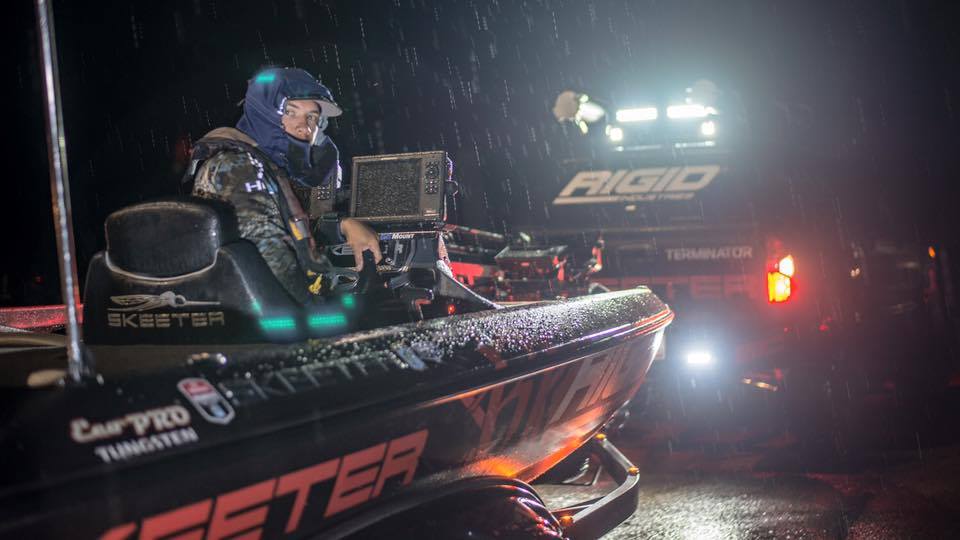 1) How do you breakdown and approach a new body of water?
I use a theory called the Percentage Triangle theory. Long story short it uses seasonal movements and contour lines to break down a fishery and pattern quickly. You can search tons of articles and videos I’ve done on it.
Here is a link I found that is way more in depth on this theory-httpss://www.youtube.com/watch?v=vzy5YrRJah8
2)What baits or techniques do you prefer as a search bait or baits?
This one all depends on where I am and what the intended species is. If its small mouth a lot of times its either a Rapala Shadow Rap, Storm Arashi Topwalker, or a drop shot rigged withe a Zoom Z-Drop. If Im largemouth fishing a lot of those same baits apply, but I will also throw more jigs, spinnerbaits, and crankbaits. I try to fish baits that allow me to cover water and time of year.
3)Do you spend a lot of time graphing a new lake?
If the conditions or body of water lends towards fish being shallow then I will hardly graph and I look for fish on the trolling motor. If its a summer tournament and the fish are going to be offshore I may spend 80% of my time graphing.
4)As time as passed and the AOY has a had a chance to sink in and take hold. Is there anything that you did different this past season that was a key factor in your rise to the top?
I think this year I really focused on taking it one day at a time and not focusing on an end goal. I simplified things and said that I was going to catch as much weight as possible each day.
5)How has your life changed on the Elites from you rookie season to now?
I have an amazing group of sponsors now that I get to work with and support me. I dont have to sleep in the ‘Tundra Suites’ out of necessity, but rather because I want to.
6) If you could give advice to a weekend tournament angler on how to prefish a body of water with one day of practice what would you tell him/her?
“There gonna be where you find em”. HAHA. Dont go in with hard set preconceived notions. Keep an open mind, pay attention to the current conditions, and move until you find them.
7) Looking towards the 2018 season, what are you most looking forward to? Not looking forward to?
I would say I am looking forward to the St Lawrence River. Its one of my favorite bodies of water and favorite parts of the country and on the flipside is the Sabine River. That place has my number.
8) In your opinion who on the Elite series is the most:
Feared? Jason Christie
Hard Working? Chad Pipkins
Organized? Aaron Martens
Sandbagger? Edwin Evers
9) If you could only have one, shallow water anchor or Ultrex?
Ultrex all day! There are so many uses for it over the course of the year.
10)  What new product are you totally stoked about?
Well…. I have it sitting on my desk right now, but I cant tell you what it is yet. You’ll be pretty pumped about it when it releases though.
Well it sounds like we all better follow Brandon to find out what this product is.
Thanks BP for taking the time to share with us here at RBBassfishing.net. We wish you the best of luck going forward and I for one will continue to follow your career. Look forward to another season of your video series. You can subscribe and follow here. httpss://www.youtube.com/user/BmpFishing
RBBass Angler
Sean M Wayman