You are here: Home / Hunting / Bluefin tuna fishing out of San Diego by Vern Westberg II

Tuesday July 13th myself, my dad Vern and my two brothers Nick and Chris all boarded the boat called Tribute out of Seaforth Sportfishing in San Diego for our 1.5 day bluefin tuna trip. The boat pulled away from the dock at 9 pm to head to the tuna grounds, which were only about 8 to 14 miles out. We arrived at about 11:30 pm and it was time to fish. First stop we made was pretty quick with no success. Our second stop both my dad and my brother Nick hook up to their first bluefin of the trip using flatfall jigs. My brother Nick hooks his bluefin on his second drop down and to my suprise had his first Bluefin in the boat really quick. My dads bluefin he was hooked up to took him under the boat and busted him off. This stop produced 3 bluefin for the boat. A few more stops a few more tries with no luck, so I finally at 2:45 am went and laid down.

I woke up between 4:30 and 5 am, the boat was drifting and there were a few guys up fishing. When it got light enough for us to see around there were schools of bluefin tuna boiling everywhere. During the night fishing was done using mainly flatfall jigs but now that it was light out and tuna were busting the surface the main technique was a flylined sardine on the lighter gear. Somewhere between 9 am and 10 am I got the opportunity at what would have been my first bluefin tuna. I battled this tuna up, down and around the boat for about 10 to 15 mins before my hook pulled right out of the tunas mouth. By 11:30 am Wednesday morning both my dad and brother Nick had caught there limit of 2 bluefin tuna each. My brother Chris and I still hadn’t caught one yet. After lunch sometime my brother Chris went and laid down to get some rest and be ready for the night bite, which is probably what I should have done but didn’t lol. I continued to fish hard throughout the day in hopes of catching one, saw more fish hit the deck including 3 bluefin in the 100 pound class. Unfortunately I hadnt caught one and by dinner time that night, which was around 9:30 pm I was so tired that after I ate I went to sleep to end my trip. My brother Chris on the other hand went to work. It was like being in a baseball game. Bottom of the 9th games tied, bases loaded, full count and bam knocks it out of the park. Our first to last stop of the trip. My brother Chris drops his flatfall jig down. The line went slack so he engaged the real and started reeling and the fight was on. Chris landed his first bluefin tuna. The boat stop fishing around 2 am Thursday morning and began its return back to the landing. We ended our trip with a total of 5 sixty poumd class bluefin tuna for our group. A total of 22 bluefin for the boat. All in all this was an awesome trip and cant wait to do it again next year. Although next year I think I need to pump some iron to be ready for that trip lol. 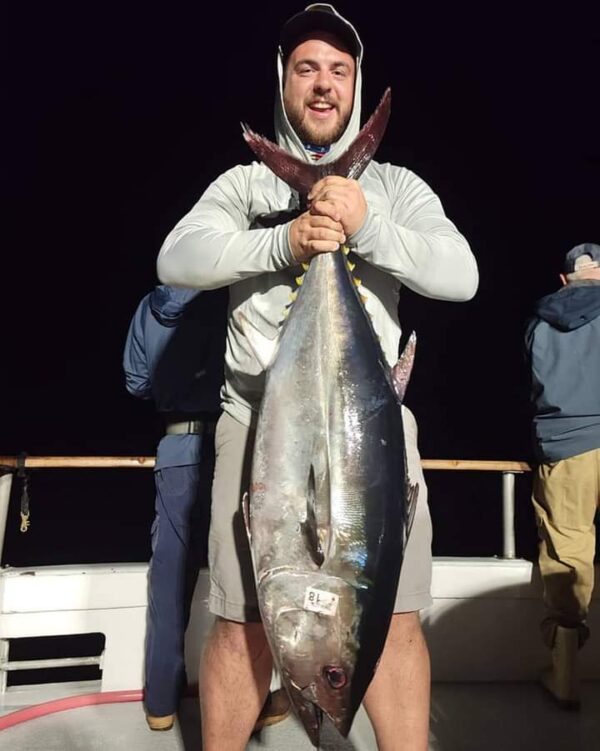 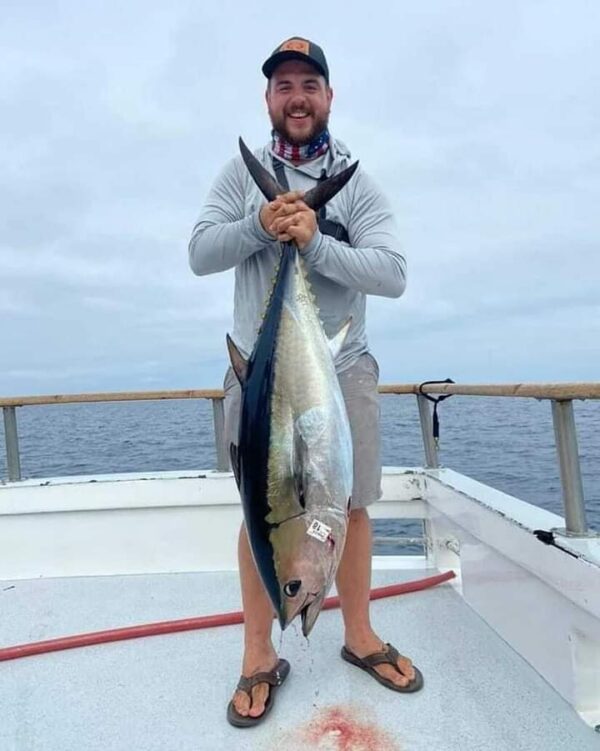 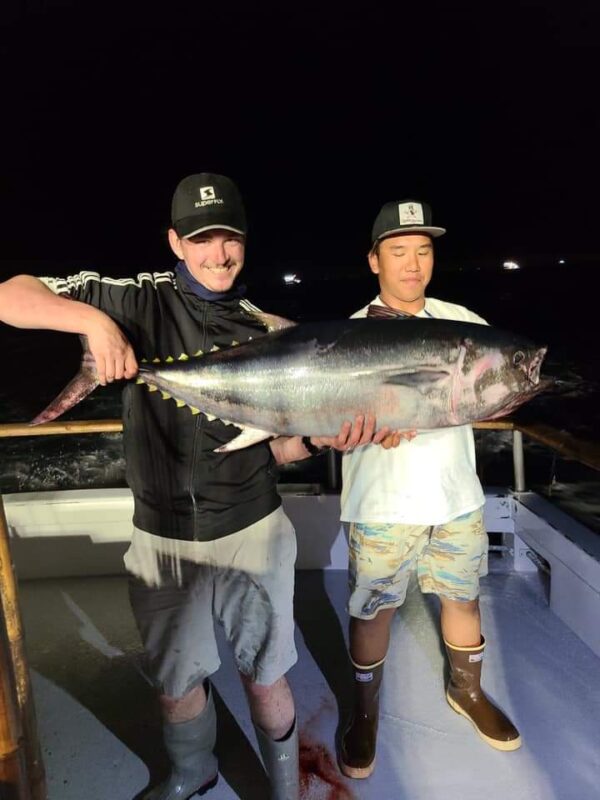 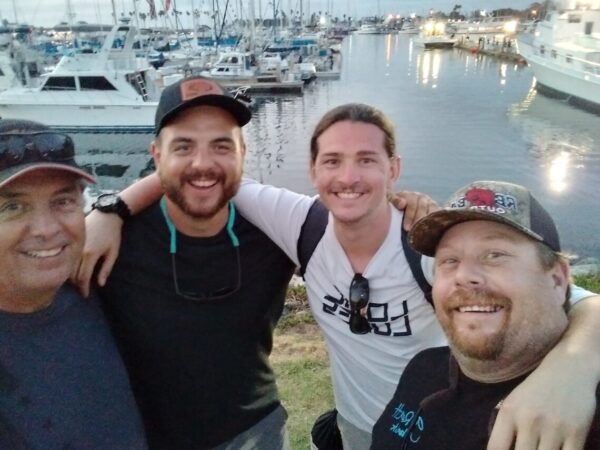