Decided to go out and fish the Wednesday Night Tourney out of Ladd’s Marina. Blasted off at 4 p.m. and started working areas right off the main channel with a chatterbait and picked up only 1 fish that was around 2.5 lbs. Did this for about an hour for the first part of the outgoing tide then decided to hit another spot off the main channel as well but it had some scattered hyacinth patches. Picked up the punch rod with a Missile baits D-Bomb in Candy Grass and began flipping. Right away hooked into one about 4 pounds. Popped her through the matt and my line snapped with 65lb braid… Stuck with punching for a while and we did manage to pick up a few fish doing so but couldn’t get any size. It was about 6:30 and we still yet to have a limit so we went to a tulle berm with some healthy submerged hydrilla where we could toss a senko. We picked up a quick limit with a 6” watermelon red senko and we were approaching the point where the current and wind was blowing just right on it. I fire out my Snag Proof Buzz Frog across the point and 4 pounder blows up on it and I get it in the boat. Having that in mind we followed the tide where there was still water movement on similar points and picked up a few to cull out some small ones. It was about 8:00 and I run to a hydrilla matt with cheese where there was still good water movement running through it and I begin throwing the buzz frog as the sun was coming down. I brought it passed a patch of tulles and one blows up on it. I knew as soon as the fish hit it, it was a good one. My buddy nets the fish and we get it in the boat. After that we had to head back to the ramp for weigh in. We ended up weighing our fish and weighed 16 pounds with a 7.05 big fish and taking 4th place. The rod I was using to throw my buzz frog was a Phenix M1 7’2 Heavy and it was perfect for this technique. Was a fun night and just shows you really need to adapt on the conditions out there to get a good bite and don’t let one fish that didn’t make it into the boat bring your confidence down. 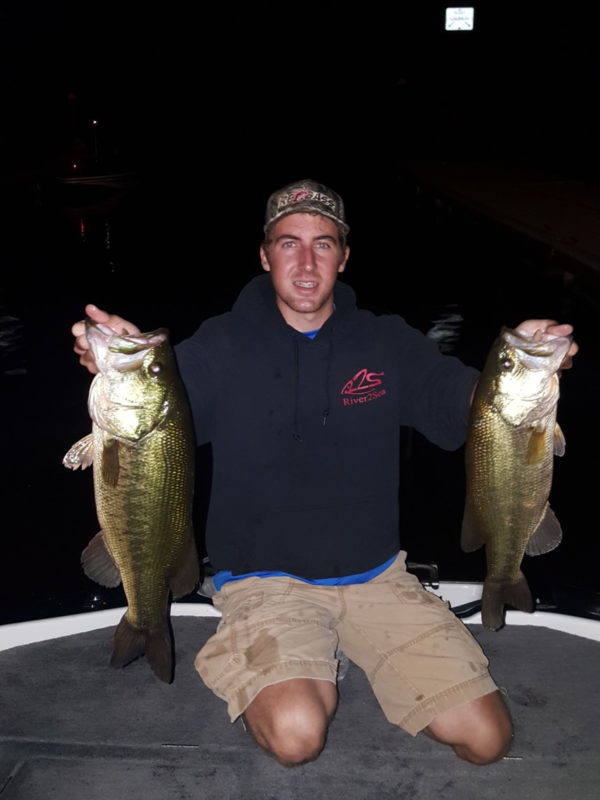