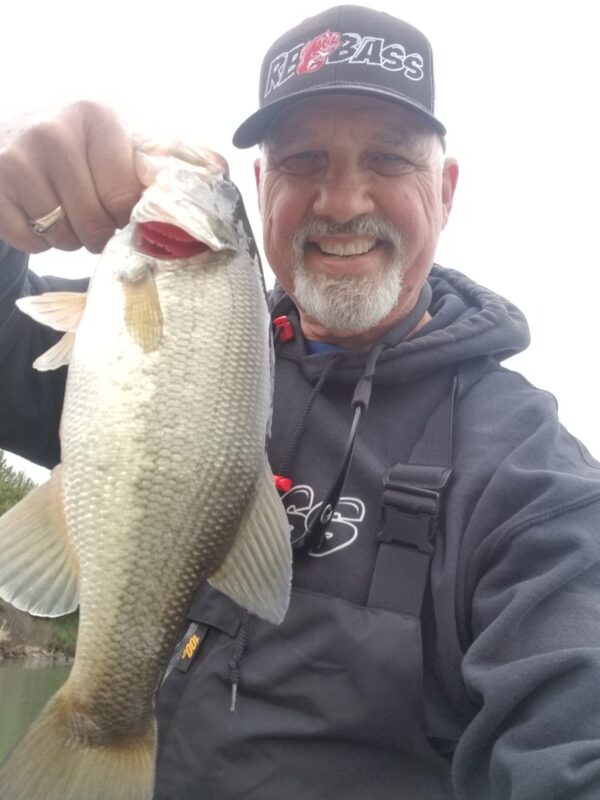 So last Monday I decided not to hit the Delta due to the winds and took a quick run to Camp Far West or CFW! I did this with my boat and Chris Perez and his girl Krista decided to join me in his boat. We got on the water in the late morning and the lake was the fullest I’ve ever seen. Worth a shot as the lake is only 17 miles from the ranch, so quick in and out. I decided to work some main lake, which is new to me as I always head to the rivers. 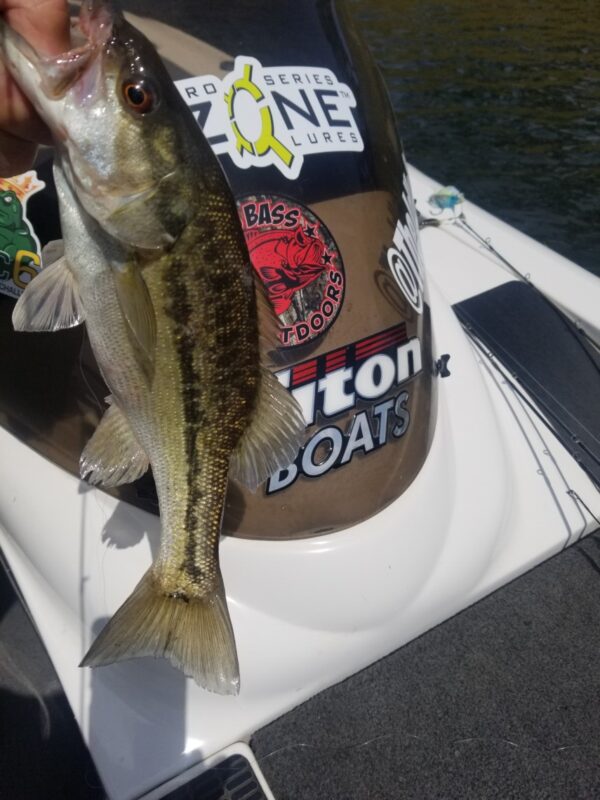 I looked for some rock on the South ramp area so I could throw a ripbait and found some. I spent an hour  doing so and caught a few even though they were small. I switched to a Neko rig every now and then when I ran out of a rock bank. I hooked up a few more on the rig before catching up to Chris to see how it was going. Not surprising he threw the frog…but no takers. This is something we did throughout the day but no takers.

I powered up and shot to the South arm and pulled out my wacky senko on a Frenzy Bait saddle. Sure enough I caught several more…though all small. The Wind picked up,  so I took out a spinnerbait and threw it for a while. No takers.

I went back to the ripbait and caught several more. It was a suspending shad. Most hits came out at 12 feet of water.  We floated most of the first half of the South arm with great success  but all were small …2 pounds and under, except one 3 pounder I got on the ripbait. We decided to move and try the North arm. 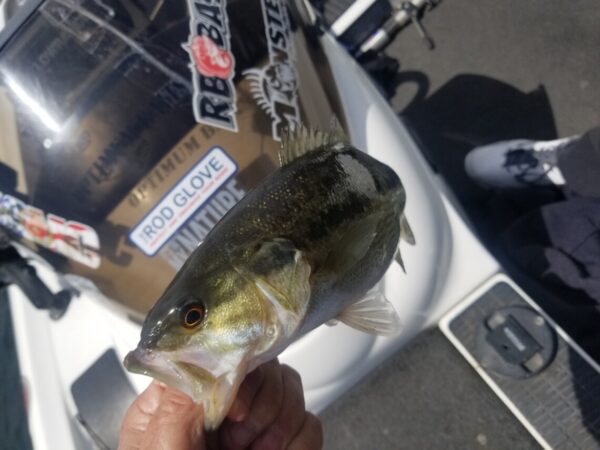 I threw everything I had but no success up there. I have never done well with this arm so I decided to hit the Dam area. Chris stayed here to work another point.

At the dam I hit 3 more on the ripbait and several that missed the bait. How you miss 2 treble hooks I don’t know but they did. By this time I saw Chris booking up the arm heading to the ramp, so I called it a day and met him to load out. Thank you Chris Perez for your help.

All in all a good fun day but as usual nothing big.  I generally use this lake for practice, especially with new gear. If you are looking to take the kids out here, do it now before it gets taken over with partying, noise, jet skis and drunkenness.  Good luck! 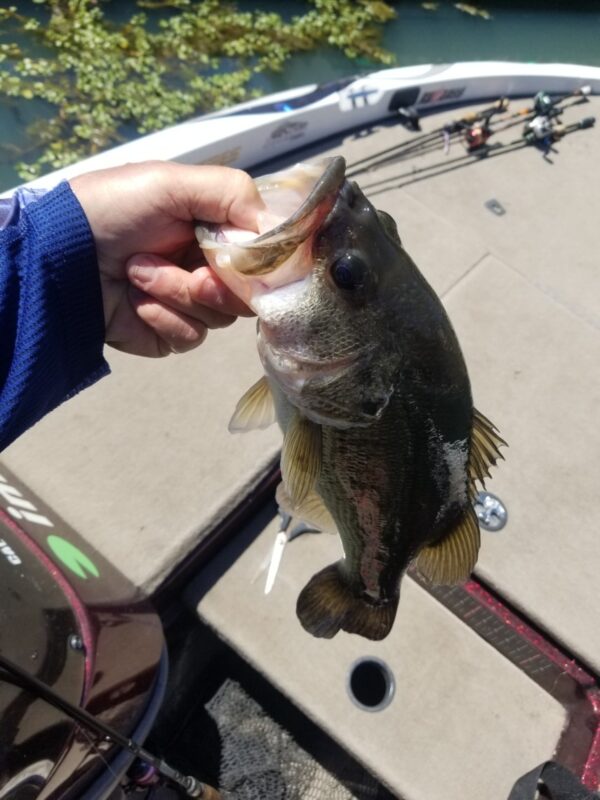