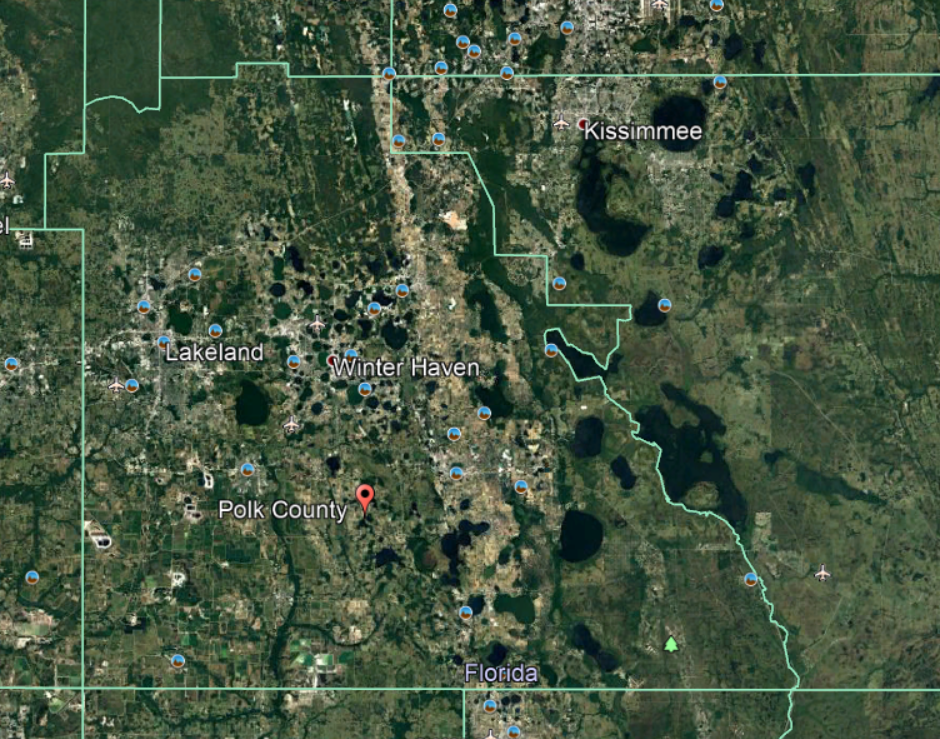 The bass bite is very good for Polk County area anglers. Many lakes have spawning fish and now is the time to hook a trophy size bass.

1) Around Lakeland, at Tenoroc, bass fishing was best on lakes Derby, Fish Hook, Hydrilla, 10, 2, 3 and 5. Lakes Horseshoe, Shop, A, B and F also had moderately high catch rates. Most of the bass were 12 to 16 inches. This past weekend there were 37 large bass over 19 inches reported, including three fish over 22 inches. The largest measured 26 inches. Speck fishing was best on lakes Horseshoe, Legs and 3. The best lakes for panfish were lakes Cemetery, Derby, Horseshoe and 3. The catfish bite was best on lakes Cemetery, Coronet, Derby, Horseshoe and Tern, reports FWC biologist Paolo Pecora. At Saddle Creek, bass have been good on Rat-L-Traps and chatter baits along the grass lines. There’s been a good bluegill bite on red worms around the big playground area. Around town, Lake Parker has been good for bass while flipping Senkos to matted cover. Watermelon red Zoom Flukes are producing bass in the lily pads at Lake Bonny. Lakes Crago, Hancock, Hollingsworth and Parker are producing specks shallow around three to six feet deep, reports Evan Wieber at Phillips Bait and Tackle (863-666-2248).

2) At Auburndale, lakes Ariana and Juliana have a lot of bedding bass. Lighter color creature baits and frogs dragged across the beds have been producing. Lake Juliana is also good for bluegill, shellcracker and specks. Around Lake Alfred, lakes Haines and Rochelle are producing bass up to 9 pounds. Shellcracker are biting at Rochelle on the drop-off on the west side of the lake, reports Ron Schelfo at Ron’s Tackle Box (863-956-4990).

3) At Winter Haven, Lake Fannie is very good for bass right now. Schoolie bass are biting in water 4 to 8 feet deep and big bass up to 9 pounds are biting deep 10 to 15 feet. Bluegill and shellcracker are picking up; lakes Eloise, Lulu, Summit and Winterset are especially good along the grass lines. Lakes Conine and Smart have specks on the beds and the fish are averaging 14 inches and above. Male specks are biting in the shallow grass and hydrilla at lakes Howard and Shipp. Trolling jigs tipped with minnows are also producing specks at lakes Cannon, Hartridge, Mirror and Spirit Lake, reports Chuck Roberts of Caribbean Bay Bait & Tackle (863-292-9755).

5) At Lake Marion near Haines City, anglers are catching decent numbers of specks. The southwest corner of the lake in the pads is producing the best numbers, reports Eileen O’ Leary at Bannon’s Fish Camp (863-422-1223).

7) At Lake Hatchineha, a recent tournament produced a 10.5-pound bass on a swim jig in the reeds and grass on the north side of the lake. Smaller bass are being caught around arrowhead vegetation all around the lake. Specks are biting first thing in the morning at the Hourglass area, reports Chuck Metheney at Bridgemaster Fishing Products (863-676-1009).

8) At Lake Toho, 17 to 18 pounds has been the winning tournament weight lately. The artificial bite is best on plastic worms around the offshore grass. Shiners are producing 12 to 20 bass per half-day trip for the guides. Red worms are producing some shellcracker on the shell beds. Some bass are also biting on the shell beds. A few specks are biting, but East Lake Toho still has better numbers, reports Mark Detweiler at Big Toho Marina (407-846-2124).

9) At Lake Kissimmee, a lot of small bass are being caught up shallow on black-and-blue Senkos and Zoom Speed Worms in Christmas color. Larger bass are being caught on Jack Hammer Chatterbaits with a Speed Craw Trailer around isolated cover at Brahma Island. Specks are still being caught in the grass and pads on Muck City Tackle Jigs in red and chartreuse color or pink and white, reports Metheney.

10) At Lake Walk-in-the-Water, the bass are up shallow. A Zoom Fluke in watermelon red color around any isolated structure will produce fish up to 10 pounds. Specks are being caught while drifting minnows at night, reports Metheney. Bass are being caught on shiners and white spinnerbaits in the pencil reeds and grass, reports Jim Childress of Big Bass Bait & Tackle (352-207-7520).

11) At Crooked Lake at Babson Park, the bass bite is decent, the largest fish this past week was 6 pounds. The outer weed edges in 12 to 14 feet has been best. Plenty of buck bass are still biting on the U.S. 27 side. Near limits of specks are being caught and the fish are good size, up to 16 inches. Pretty good numbers of bluegill have also been caught around the docks. Wirt’s Point has been especially good, reports Cindy Ritchison at Bob’s Landing (863-638-1912).

12) At Frostproof, Lake Reedy is producing bass up to 7 pounds on shiners along the edges of the grass. Squarebill crankbaits in baby bass color and red shad worms are also producing. Lake Clinch is good for bass while slowly drifting shiners and Zoom Speed Worms close to the grass. Lakes Arbuckle and Livingston are producing specks on minnows and jigs in the pads, reports Childress.

13) In the phosphate pits near Mulberry, the bass are pushed up shallow on the banks and they’re in spawning mode. Spinnerbaits and plastic worms will get the bite. Speck fishing is very good. Slow trolling jigs tipped with minnows is best around buggy whips and cattails in deeper water.