You are here: Home / Bass Fishing Reports / Chris Perez and Ryan Hall take the win at the BBT Delta event

Tides- Falling till 8am then rising till 3

This is the last regular season event for the Best Bass Tournaments Delta/Wine Division for the 2019 season, Ryan Hall and myself are sitting 5th in points for AOY and are needing a good finish to hold on to our points positioning. We already know that these fish are in the summer patterns and they are looking for areas right off or in the main current flows, with good concentration of grass and bait.

Friday morning I headed out trying to capitalize on the morning bite and figure out a starting spot. Ryan and I already have 2 main areas but we have to wait for the tide to become right. We fished most of the day on Friday and right at the end had found an area that I was able to get a lot of bites and saw a couple of solids.

Going into game day we have 3 main areas to hit and try to capitalize on every bite we could get. Blast off Saturday morning, air temps dropped overnight and the wind never laid down. Ryan and I got out on the water and realized that the starting spot had to much wind on it to fish it efficiently. As we are waiting to blast off we realized we were due in at 1:15pm, so we called an audible and headed straight for the main river looking for active fish eating chatter baits or top water. We managed to catch one within the first 5 minutes, fished around until the tide got right we had 3 fish before heading to our original first area we left, with plenty of time to get there since we knew it would take every bit of 25 min. We pulled up, started out throwing frogs off the cheese mats and isolated grass clumps and no takers so I let Ryan continue throwing the frog while I started punching the mats behind the grass. We fished through this entire area and only got one little rat. Ryan and I both agreed we needed to make one more pass over this area before vacating it, we got the feeling that they don’t want to commit to the frog this morning for whatever reason so we are both punching the mats this area hasn’t been holding a lot of fish but the ones that are in there are solid ones. We are almost to the end of the mat and I drop on the very edge and boom, managed to catch one about 3 pounds, got the fish in the boat put it in the livewell. All the sudden I hear the braid start screaming and Ryan saying GIANT GIANT dropped my rod, grabbed the net and he is leaning on this fish. I see that she is on top on the mat and coming in hot scooped the fish up and basically mic dropped the rod we are both freaking out at this giant he just got in the boat. This fish ended up going 9.28lbs so we get her in the livewell make 10 more flips and left.

We had to make another 35 min run to get down to our next stop. We pulled up and they spayed dang near the entire mat. Discouraged at the time we didn’t really have anything else to go to so I told Ryan I’m going to get a frog rod in my hand and cover water, if I don’t get a bite in the first 50ft we will scramble and make something happen. Within the first 10 casts I stuck a solid one and figured if there is one there is more. We fished down and back on this stretch and managed to cull 3 fish out of this one area. We needed to give ourselves at least 30 minutes to get back, and ended up giving ourselves about 45 minutes.

We were almost within site of Russo’s marina and decided to make one last stop before heading in. We knew we were going to have to fish fast and capitalize on every bite but sometimes it doesn’t always work out like that. We were able to make one cull out of that area that definitely helped the cause.

We pulled up to bag our fish, weigh in and head to the scales. Both Ryan and myself thought we had about 19lbs for our best 5. We went up and weighed our fish for a total weight of 22.25lbs anchored by Ryan’s giant that weighed in 9.28lbs. After we weighed our fish in we got some pictures and released them all alive and swimming back in the river.

We were waiting on pins and needles after the weigh in because we had heard that we had got the W but weren’t going to hold our breath. There have been several times we have been super close but it wasn’t enough. Well this time it changed we were able to take home the 1st place plaques and some coin to go along with it. 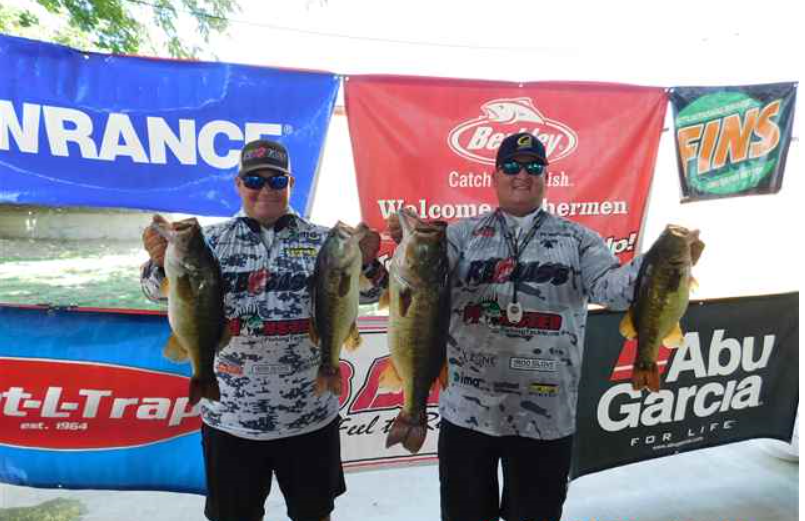 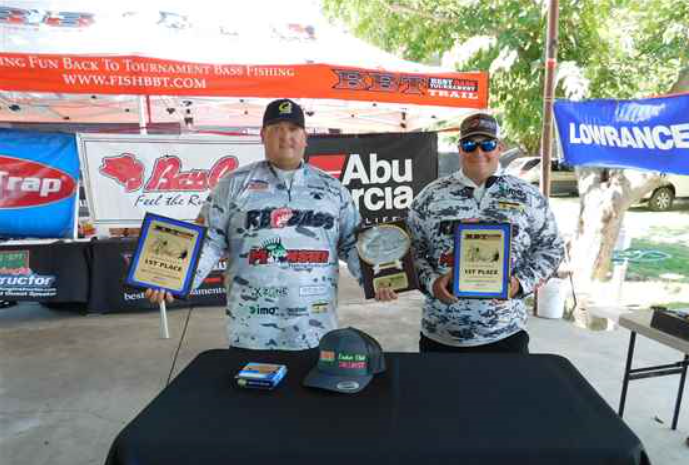 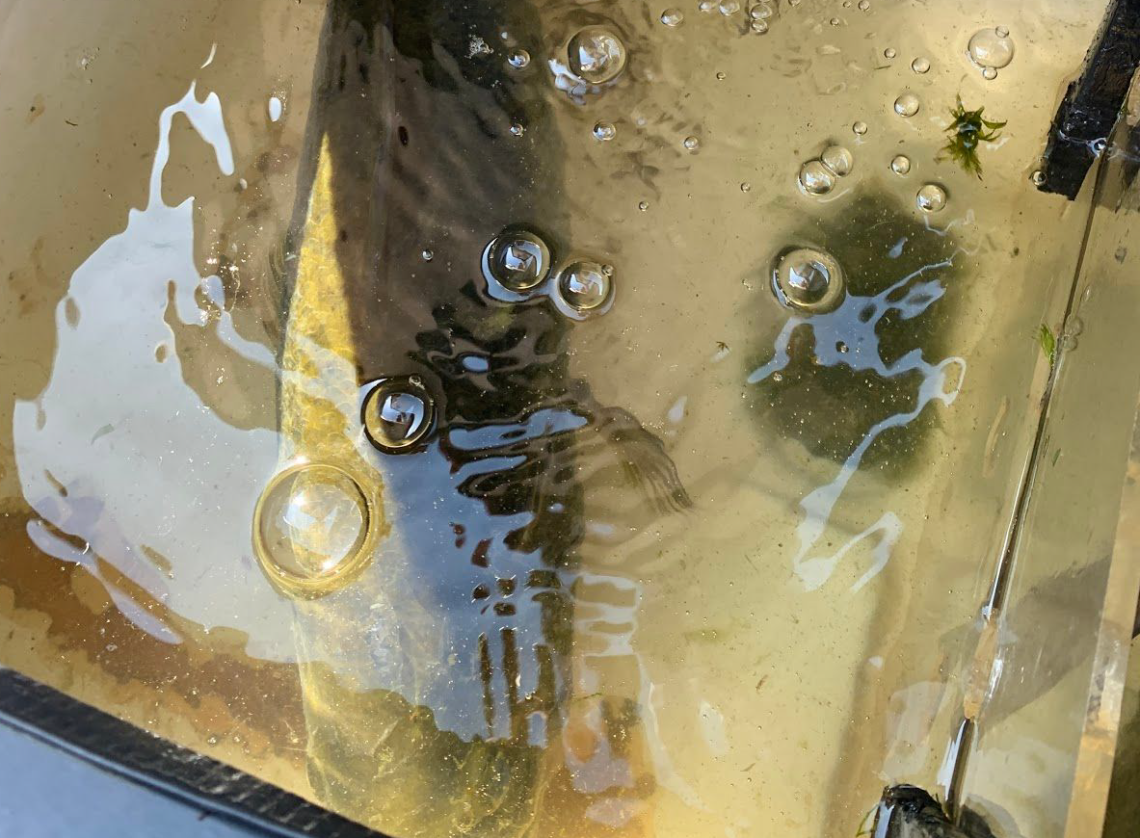 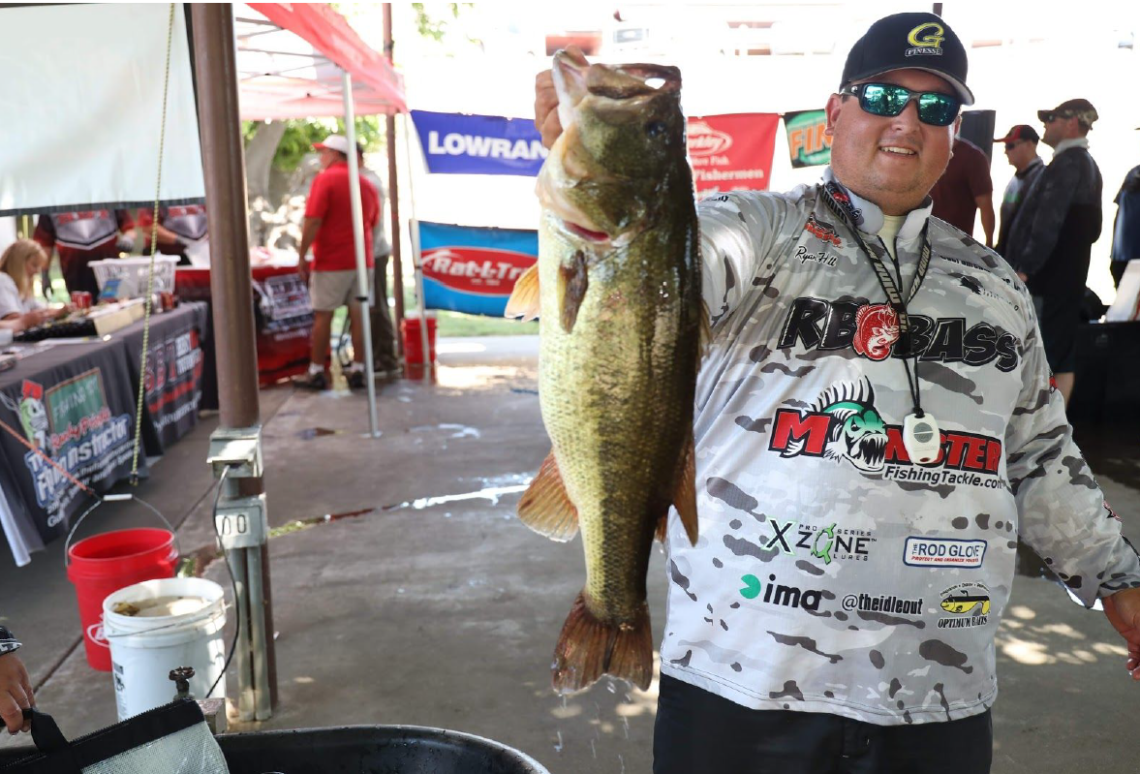 Our main tactics to get the win was what we do best punching and frog fishing.

2 Dobyns Champion XP 805 with 8:1:1 Daiwa Tatula with Seaguar 65lb Flipping braid, 1.5oz Tungsten Weights Canopy Grenades Punch Skirts with a Strike King Heavy Flipping Hook in a 4/0 & 5/0 I was punching two different color X Zone Lures Finesse Muscle Back Craw one in a Red Bug when the was under 3ft of visibility and Okeechobee Craw when the water was 3ft or more of visibility.

2 Dobyns Champion XP 736 with 8:1:1 Daiwa Tatula 60th anniversary reels with the new Seaguar Stealth Gray Smackdown my open water for my open water from I was throwing a Snag Proof Ish’s Poppin Phattie in white and my mat frog i was throwing an all black Spro Bronzeye Frog 65.

2 Dobyns 805 Champion XP with Daiwa Tatulas 9:1:1 and an 8:1:1 with 65lb. Seaguar Flippin braid, with a 1.5oz and a 1.75oz tungsten weight, Canopy Grenades punch skirt paired up with a Gamakatsu Flipping hook, with the same X Zone Lures Finesse Muscle Back one in Red Bug and one in Okeechobee Craw.

Ryan also had a 3rd punch rod which was a Dobyns Champion Extreme 795 8:1:1 Daiwa Tatula 60th anniversary reels with the new Seaguar Stealth Gray Smackdown with a 1.25oz tungsten weight with no skirt 4/0 Gamakatsu Flipping hook with a Reaction Innovations Spicy Beaver in a spray grass color.

2 Dobyns Champion XP 736 with 8:1:1 Daiwa Tatula 60th anniversary reels with the new Seaguar Stealth Gray Smackdown my open water for his open water from he was throwing a Spro all white and his mat frog i was throwing an all black Spro Bronzeye Frog 65.