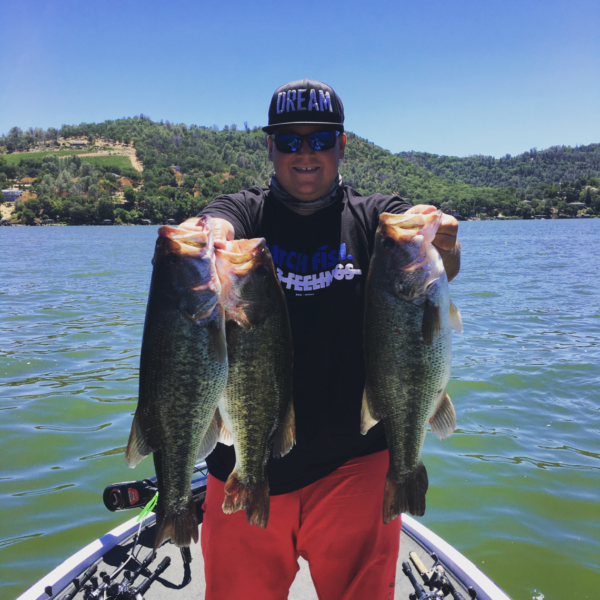 I was born in Northern California and started bass fishing when I was almost three years old. Fished my first tournament when I was 6 years old at Lake Oroville with my dad. Lived in  California till I was 13 then moved to the Gulf coast in Texas. Spent the next four years down there learning how to catch Red fish, Speckled Sea Tout and Flounder. While in Texas I also did quit a bit of offshore fishing in the Gulf of Mexico. Once I moved back out to California in 2010 and landed in Orange County for the first year did very little fishing, then I bought a little 18ft Aluminum Fisher and started learning how to throw a swimbait. Once I had witnessed how these fish were reacting to these massive baits I was beyond hooked again. Then in 2014 moved back up to Northern California and started tearing apart the Delta Clear Lake and Lake Berryessa.
In 2016 I fished the Best Bass Tournaments  as my first full tournament circuit. Had a phenomenal first go around in the tournament end of bass fishing, we had 3 top 10 finishes best finish was at Clear Lake in August with a 7 place. In 2017 I am fishing the Wild West Team Trail and the Best Bass Tournaments (Delta/Wine Division). Definitely looking forward to what ever the future holds. My favorite ways to catch bass would be punching the heavy vegetation or throwing a frog.