Once again I caught up with Christian Ostrander and talked to him, about his win on the California Delta this last Saturday, June 22, 2019, BBT Motherlode Division His partner is Ronnie Heil. These two anglers have been on fire the whole season. Saturday we find them at Ladd’s Marina in Stockton blasting off and headed out into the 1,000 miles of one of the best known fisheries in the United States, being the California Delta. There is so much great fishable water here that it is confusing, on where to start, if you haven’t fished it before. I fish it as it’s one of my favorite places and it all looks good to me. The boys stayed mostly in the Central Delta and jumped from tule to tule and isolated matt to isolated matt. AS Christian said, they ran all over the place fishing points and eddies. They tried a squarebill craw pattern, near the rocks and above the grass line but without success, so they start throwing a Chatterbait, in the Black Blue color, and it immediately produces several fish at 3+ and 4+ pounds. They caught some 25 fish total using this bait throughout the day. They punched up a few as well, in the 2 ¾ to 3 ½ pound range. It’s now the summer and tournament times are cut to 6 hours and with check in time at 12:30, time was running out. They had about 17 pounds in the boat and 12 minutes left to get back to Ladd’s for the weigh in, when Christian decides to make another stop, making Ronnie really nervous at being late. On the 2nd cast, with a chatterbait, Christian hooks up a 5 ¾ pounder, they did a last minute cull and got on the muscle to make his deadline of 12:30 check in. They made it with only seconds to spare. I’m sure Ronnie had a few choice words with Christian, and I’m sure Christian just smiled knowing they just has a great cull! 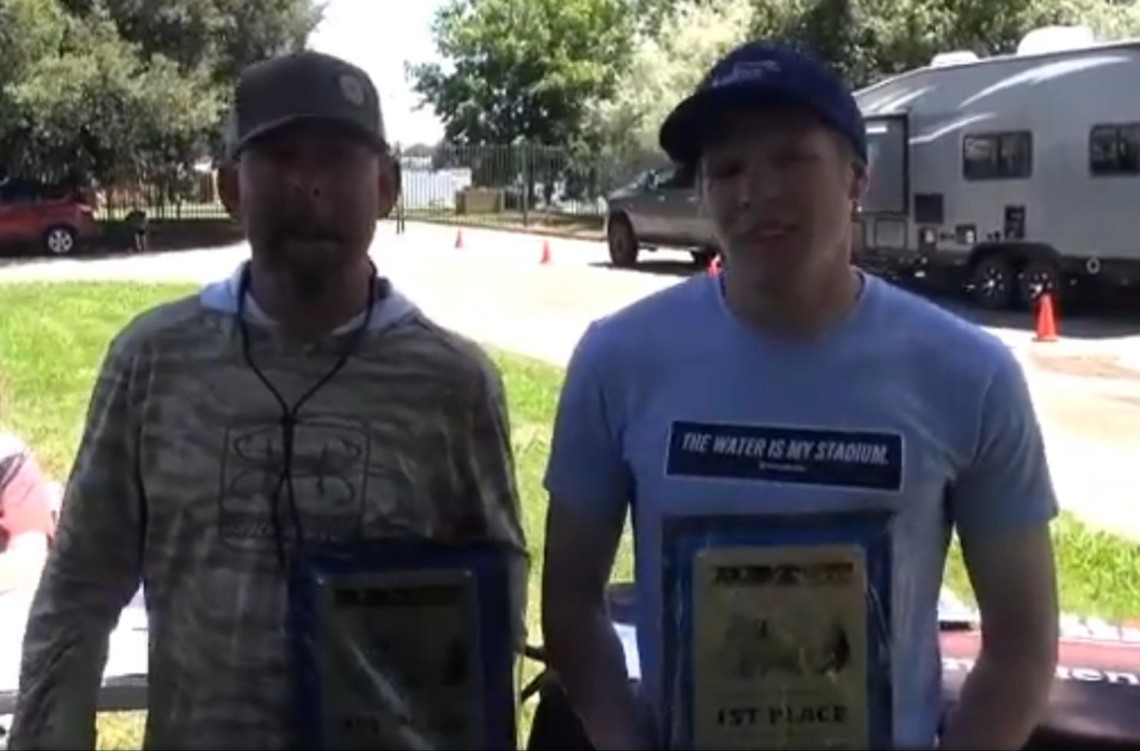 The weigh in results for these two anglers was 20.37 pounds for the Win. Told you they were on fire! 80 Boat field and chalk up another Win, as well as Angler of the Year! Well done. This was only his 2nd time in fishing a circuit, and to show you how well they have competed this year, though the Angler of the Year says it all, here is their placing throughout the season, on the Motherlode Circuit.

Christian would like to do this for a living and that’s his goal. He wants to fish the California Bass Nation, and move up the ladder to the TBF, Fishing the Dream and the FLW someday. Not bad for a young man from Turlock. My money is on you Christian! Good Luck Bro!