Things are still in transition as far as I can tell, The fish are stuck in the middle of a summer pattern and Fall Pattern wanting so bad to make the move to a shallow water and chase bait all day long but only some fish have moved shallow. The water has a heavy stain and the temps are in the low sixty to upper fifties. I’ve been starting my days on the water throwing a spook on rocky point’s, over flats and in the back of pocket’s with a few small fish however the Bites are very exciting. The jig bite has been really consistent on rock piles and when fished tight to dock’s . I’ve spoken to several angler’s on the water that have reported fish up to eight pound’s on Jigs. 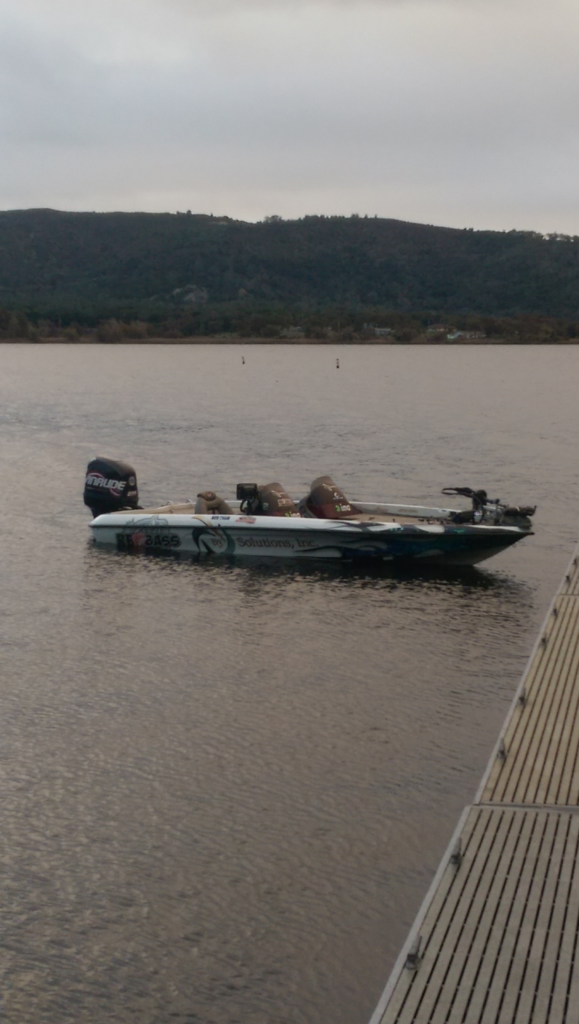 Another go to that is catching a ton of fish for you number’s guy’s is the Drop-shot rigged with a MM111 and the square bill in a shad pattern. I’ve been throwing the IMA Pinjack on do nothing banks and point’s with ton’s of success, most in the two pound range. This last weekend I decided I was gonna go Big and spent several hour’s tossing around the R2S S-Waver , the A-rig and some of my favorite Hudd’s. I got several bite’s on the big bait’s. Just never connected. With the storm door finally opening the fish should make the move to a Fall pattern and the Rattle trap bite should take off. So as allway’s Good Luck on your next trip and Be Safe.
Bob Tyler