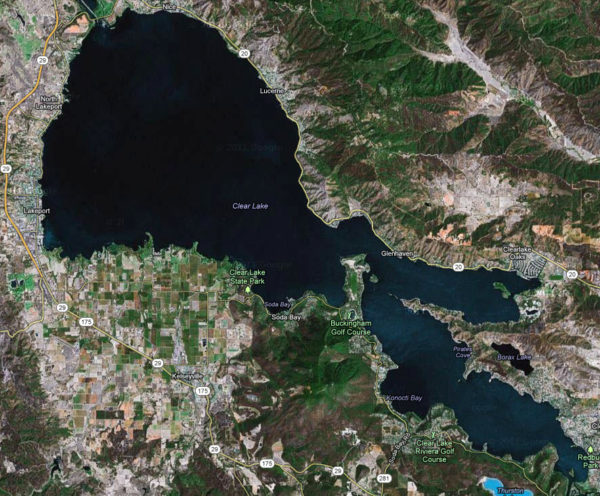 I started off the day by waking up at about 6:00 am on Saturday morning and decided to get in my truck and make the drive to Clear Lake. I got up there about 10:45 and went to Clear Lake Bait and Tackle to get some gear and head over to the lake. I took off out of Redbud and headed north to mid-lake, stopped on an off shore ledge. Started off by throwing a Norman DD22 in Sour Grape got a couple quick short strikes. Then decided to put that down and grab my Canopy Grenades 1/2oz football jig in brown purple with a Missile Baits Baby D-Bomb Oxblood in color and started catching a few little dinks. After that I then decided to hit a stretch of deeper docks and started with a drop shot catching more 1-2 pounders. Grabbed the jig again and on my first cast in the shade of the dock boated one right around 3lb. I picked up the trolling motor and ran over to Anderson Island picked up my Dobyns Champion XP 805 and started flipping a 3/4 Tungsten with a Missile Baits D-Bomb in California Love. Within the first 5 pitches caught one just over 4 and then continued to catch several more between 2-4 pounds, I couldn’t find any fish over that 5lb range. So I started looking for areas with tules and deep water near by. It a seemed that the East facing tules had the better quality of fish as well as more fish. As the sun started to go behind the mountains I decided to head back out offshore and with the wind the deeper bite picked up. I managed to get about 15 fish off of one ledge, the biggest was right around 4lbs. Those little dinks seemed to have pulled up shallower on the ledge and the bigger fish were between 12 and 15 feet of water. Right before i headed back to the ramp to pull the boat out I picked up the River2Sea Bully Wa II and managed to get some frog fish on isolated grass matts outside of the tules. Overall I managed to have just a little over 18lbs for the best 5. 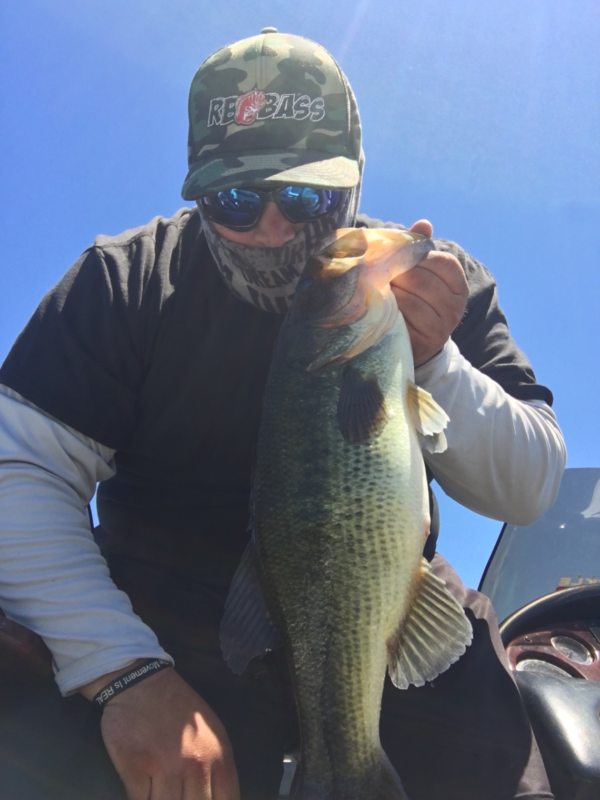 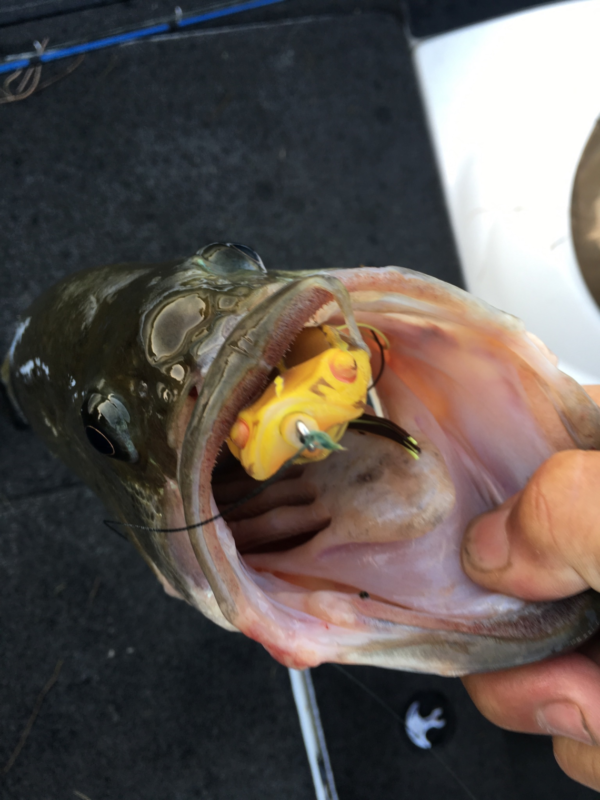