Spent a few days last weekend up on Clearlake. Fished Saturday, Sunday and half Monday and had a blast! Weather was great, water conditions ranged from glass to rough when winds picked up combined with all the boat traffic for the holiday weekend. After repowering my Skeeter 20i with a new Suzuki 250SS, I decided swap out my manual 12″ jackplate for Bob’s Machine 12″ hydraulic place and man, what a HUGE difference it makes running rough water. I now have a much nicer ride and can get around much faster than before because I can navigate the water/waves safer and much cleaner with a JP height and trim combo… it’s like not even running in rough water… it’s amazing!! 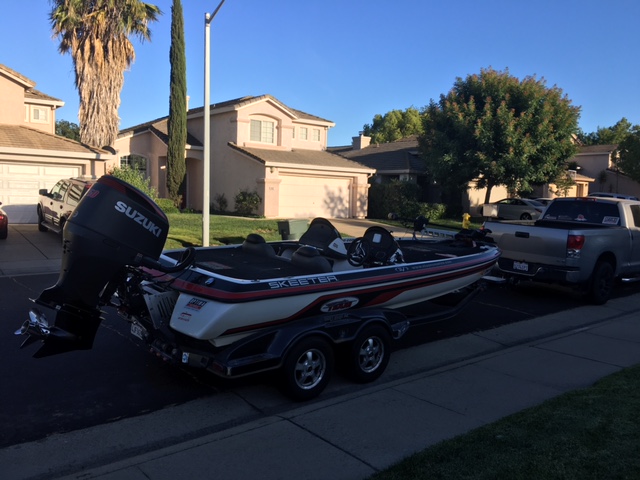 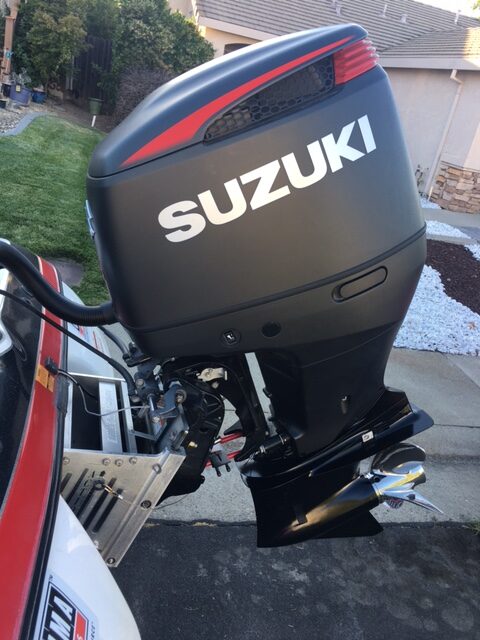 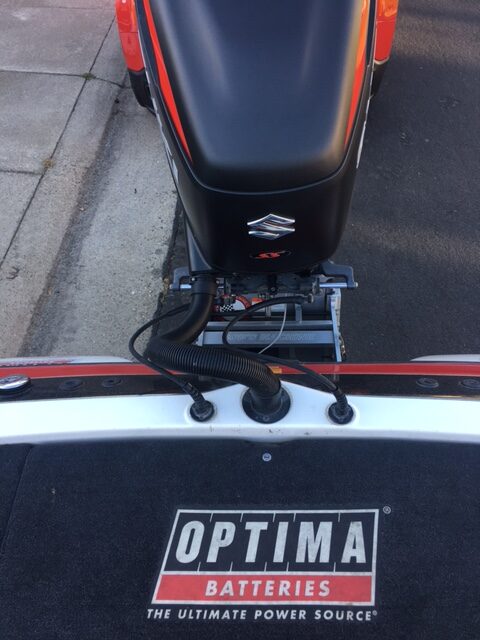 I launched at Redbud each day and pretty much fished both ends of the lake over the 2.5 days. Found fish in the 1-4lb range with in the south on buzzbaits, frogs, dropshot and jig. Moved around to all the usual spots and picked up a fish here and there on Saturday. Sunday was a much better and tons of fun as I basically went bed fishing all day long. There were a few areas where you could look in all directions and see bed fish and cruisers, which were all catchable.

Tried to get a couple pics of fish on beds and even underwater footage, which didn’t come out so great due to the algae in the water, but you cant still make the fish out and even one of them that decided to come up closer to the camera to take a look… 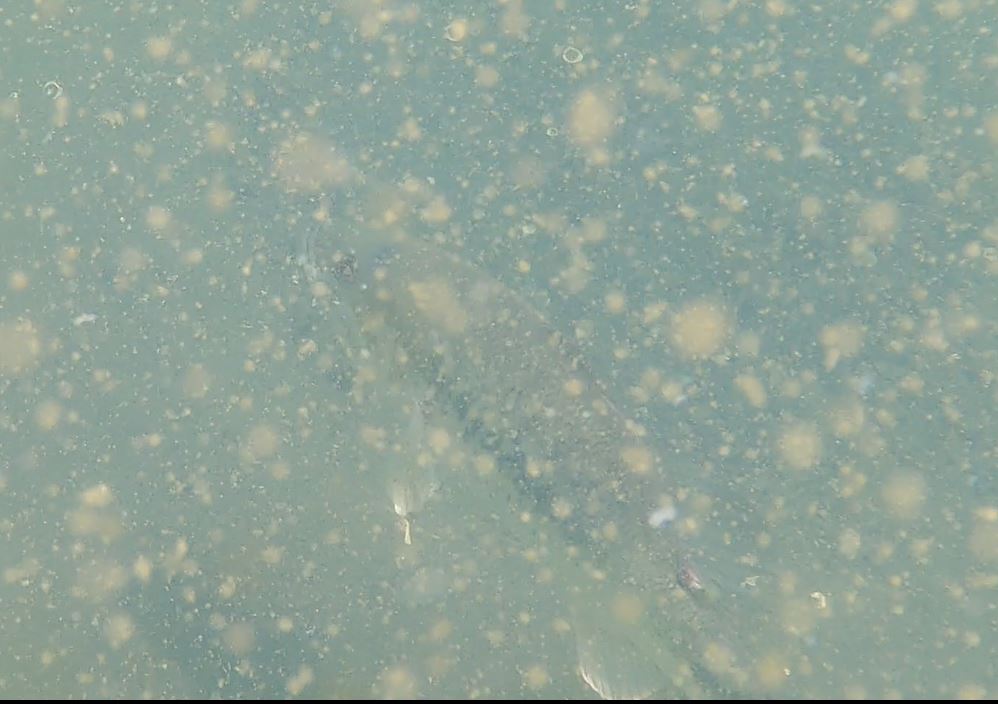 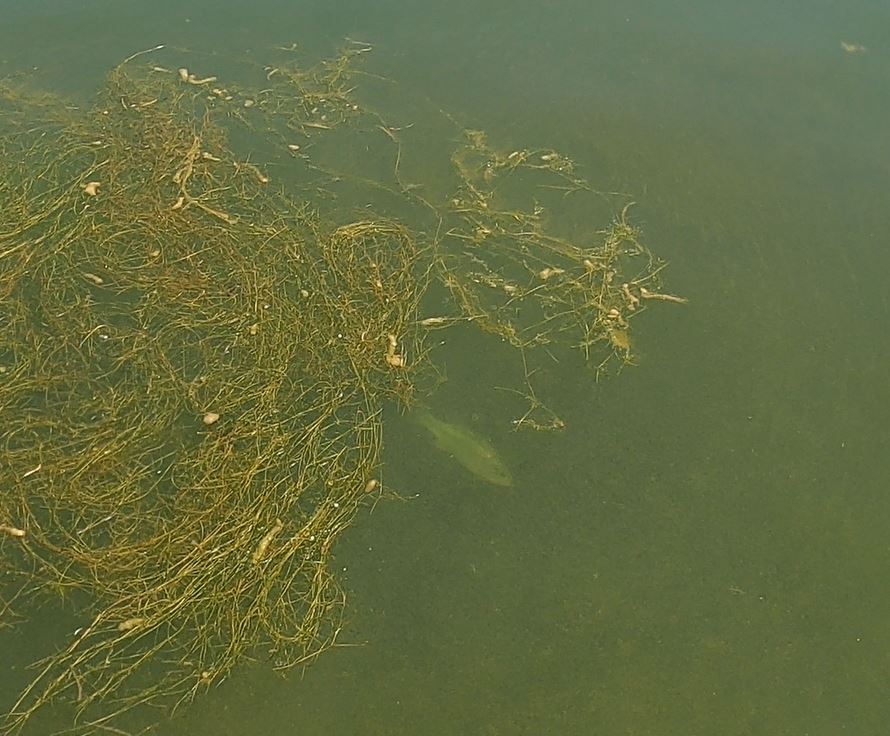 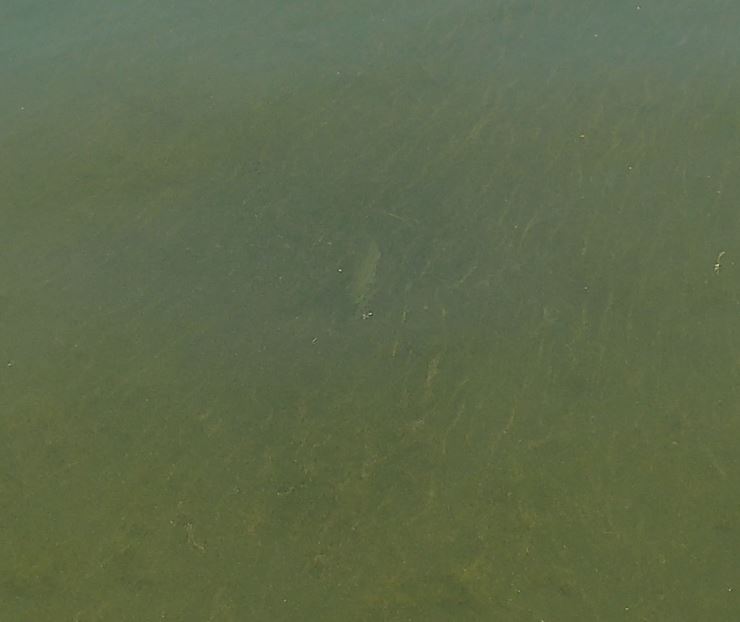 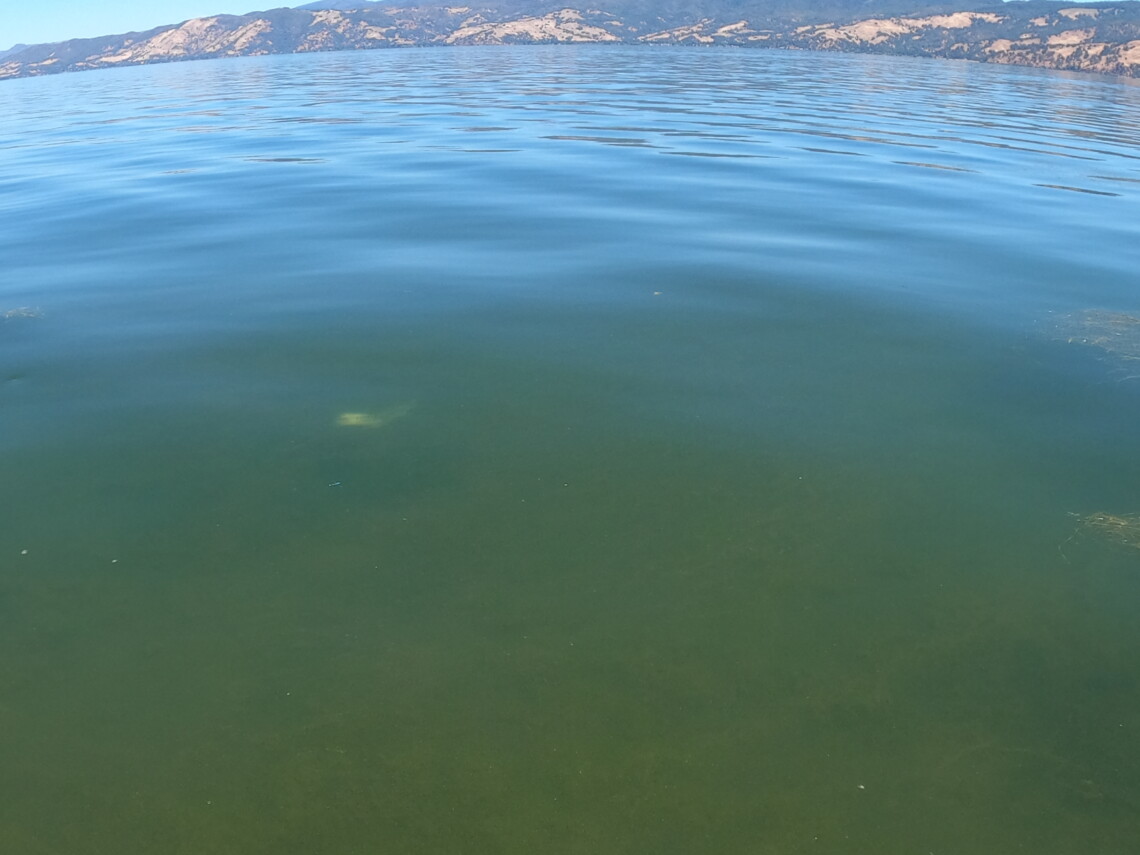 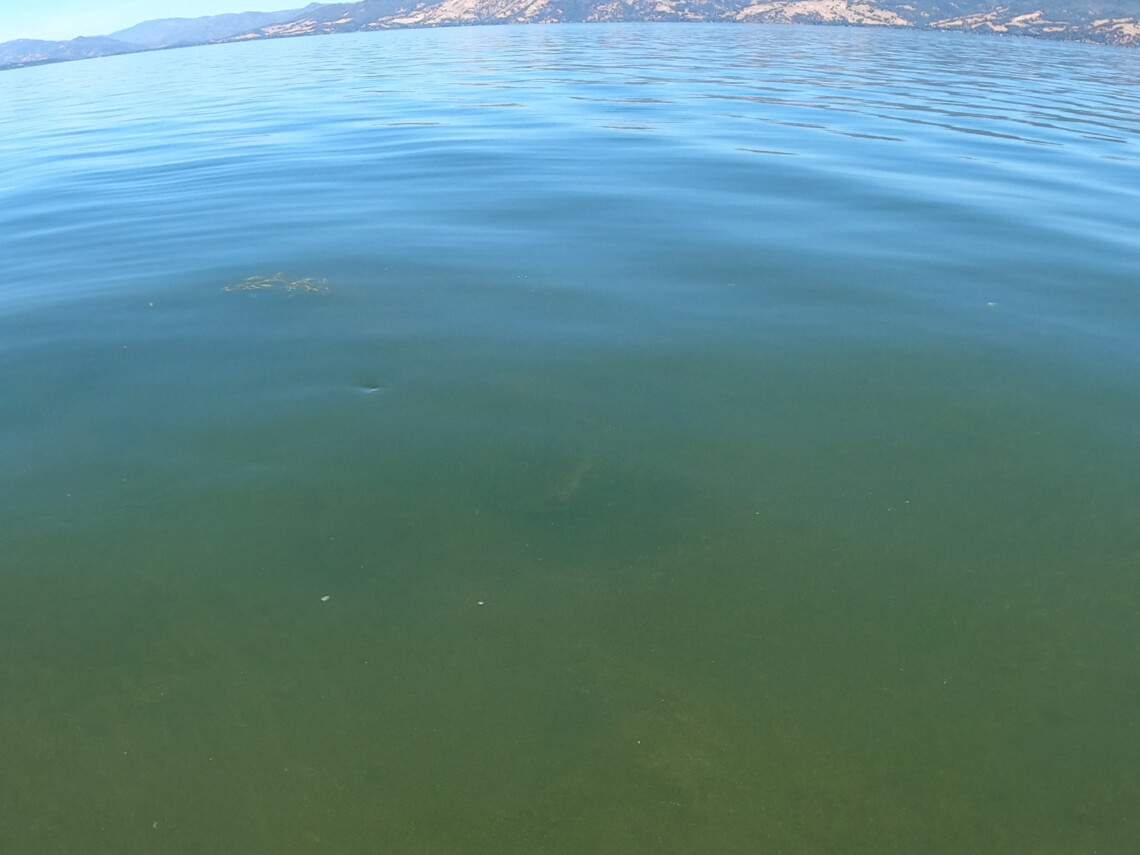 As far as catching fish, it was crazy for hours… I got the first 4 fish in about 11 minutes on video and then lost count after an hour and a half, in which time my gopro battery died so I missed some other awesome catches, but so much fun.. they just kept coming! I did see a few 5-6 lbers in the area but more cruising around but not on or near beds. Best 5 went about 17 lbs by the end of the day. Was able to snag a few cool action pics from the video too… 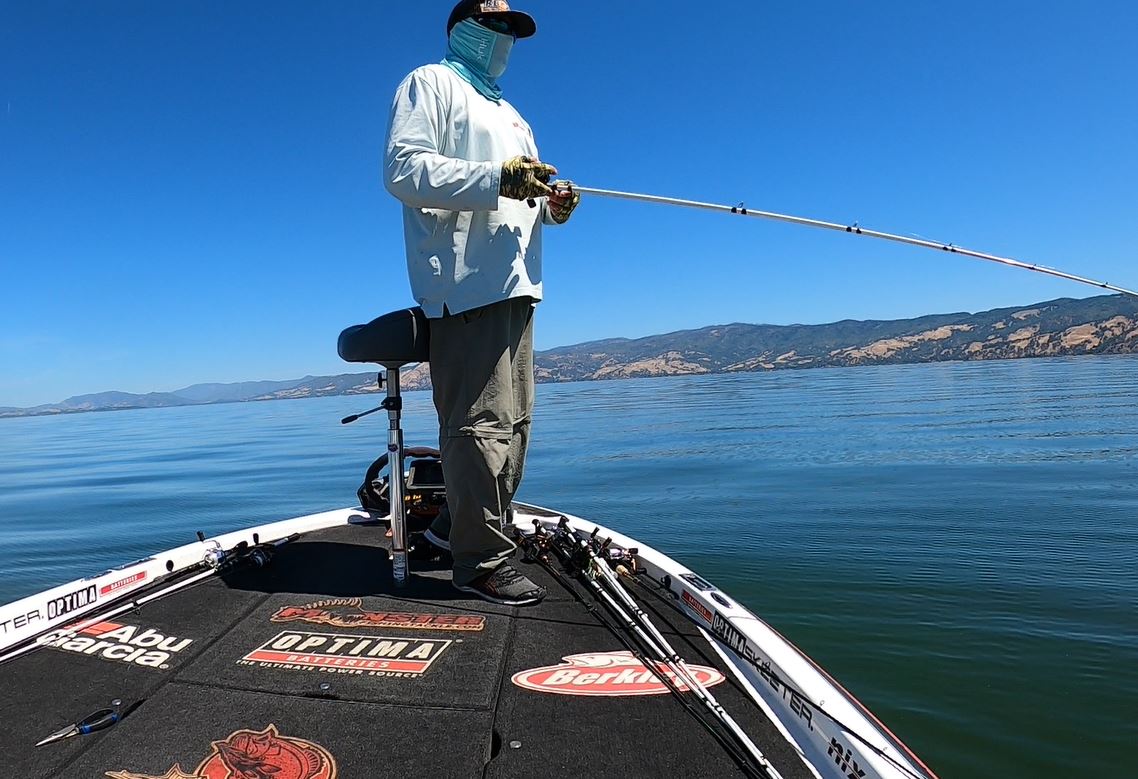 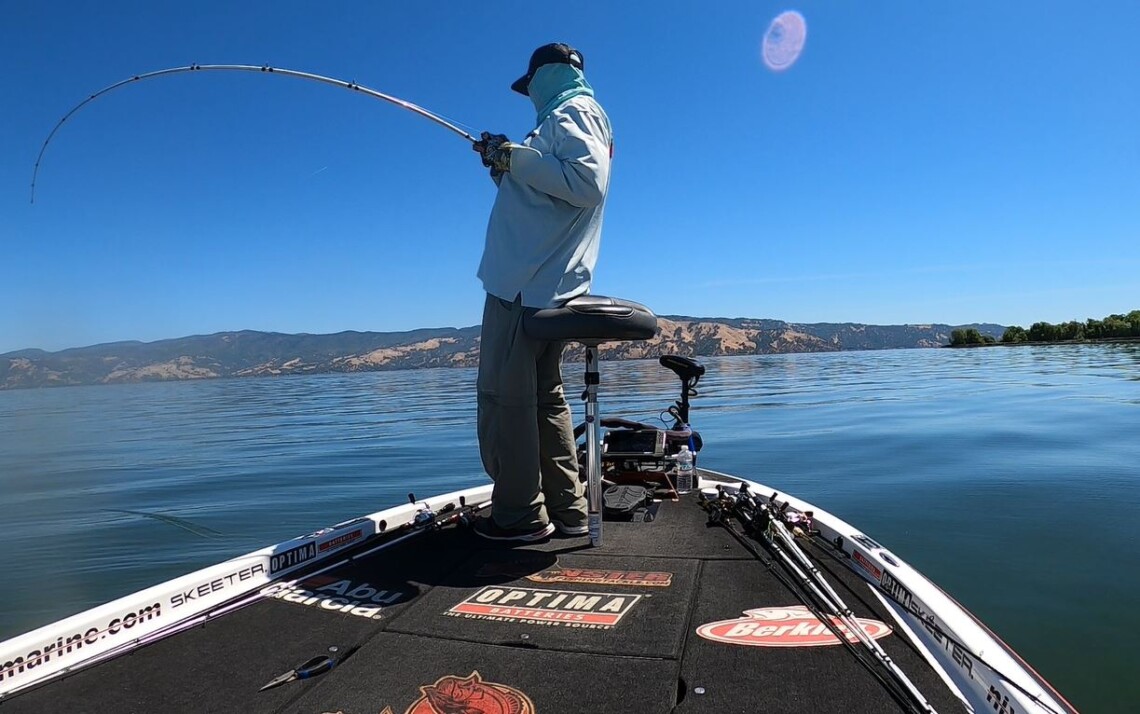 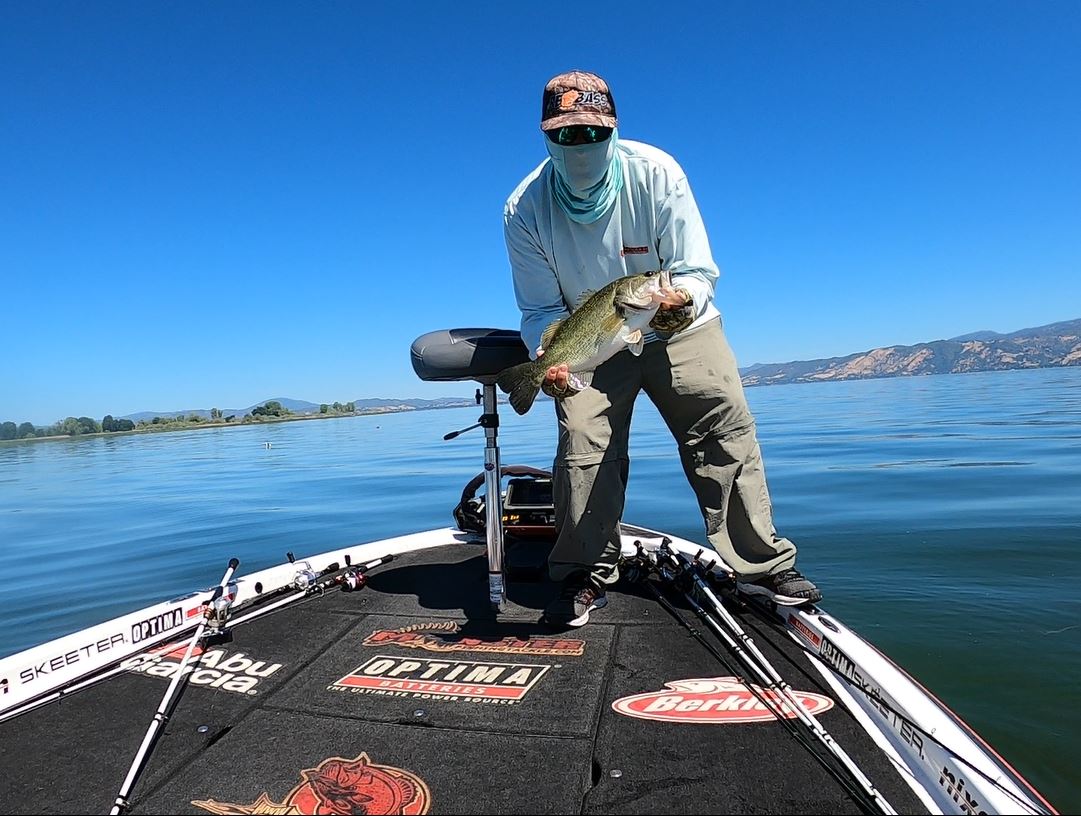 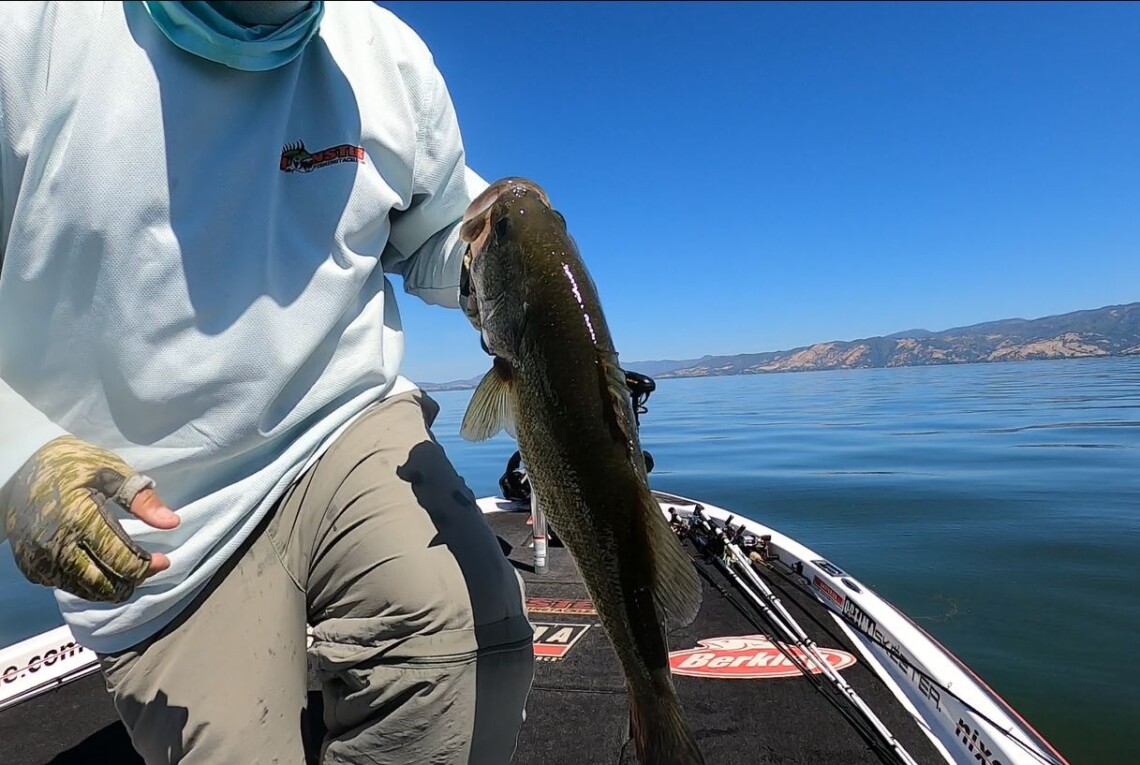 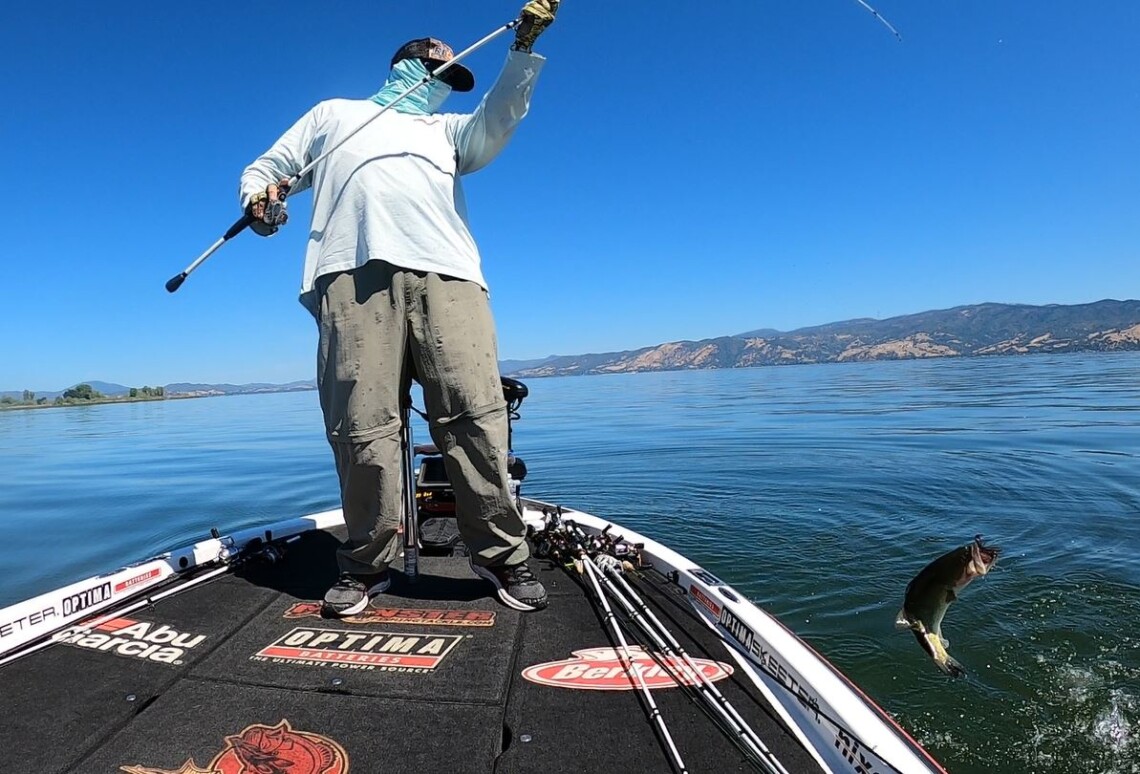 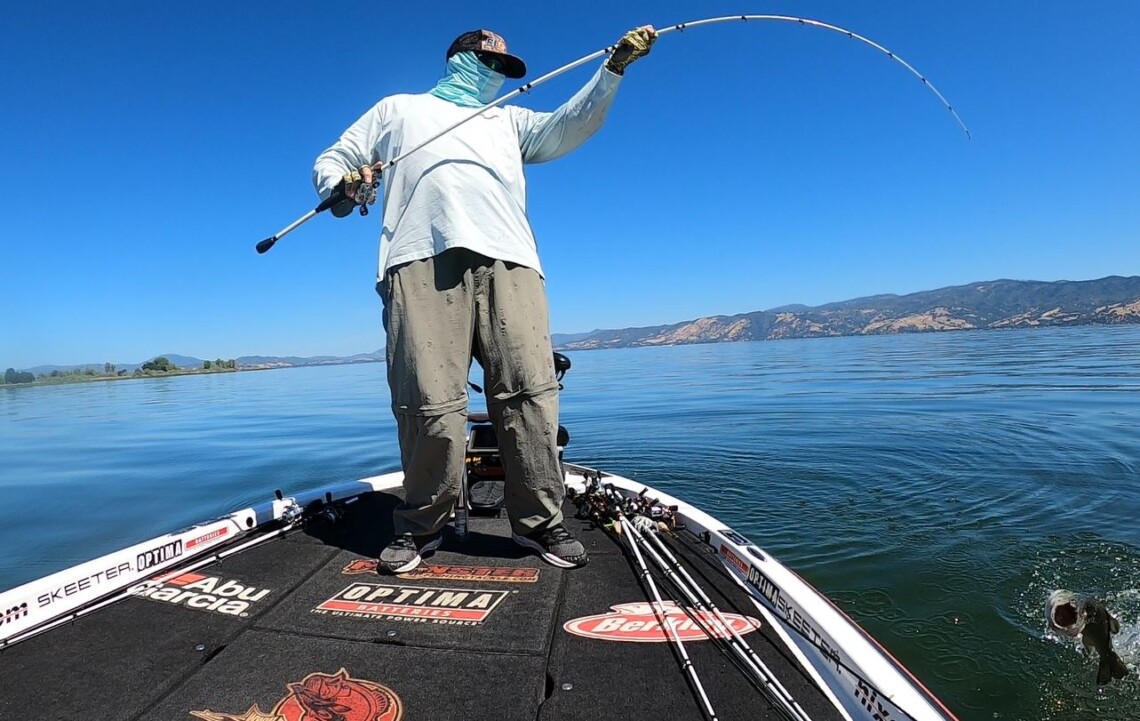 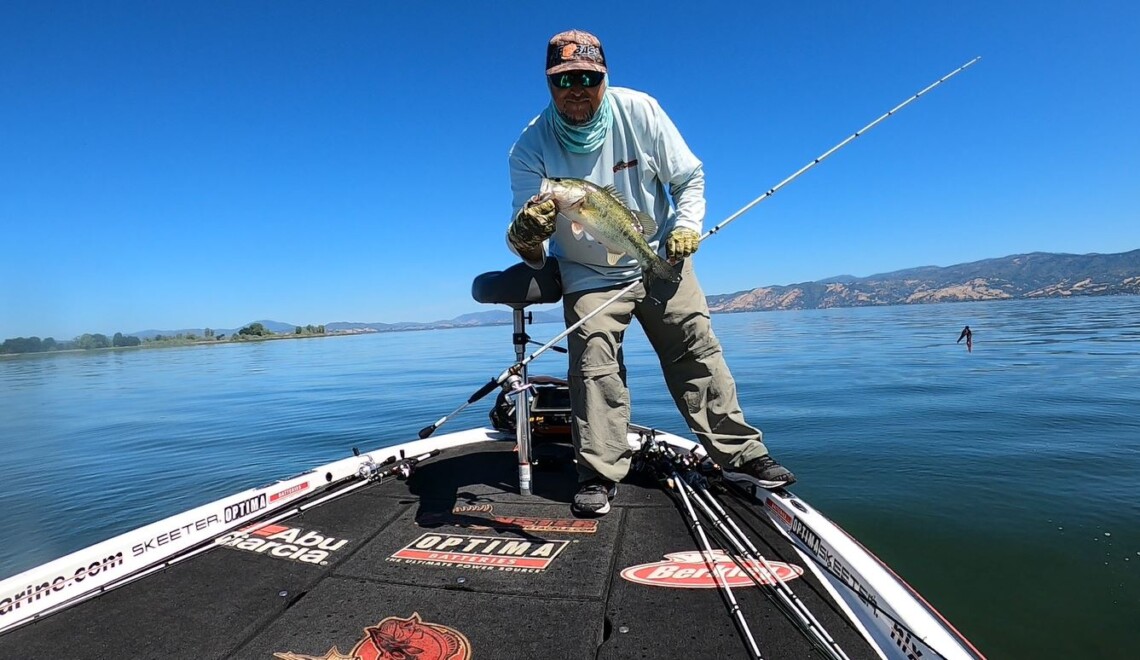 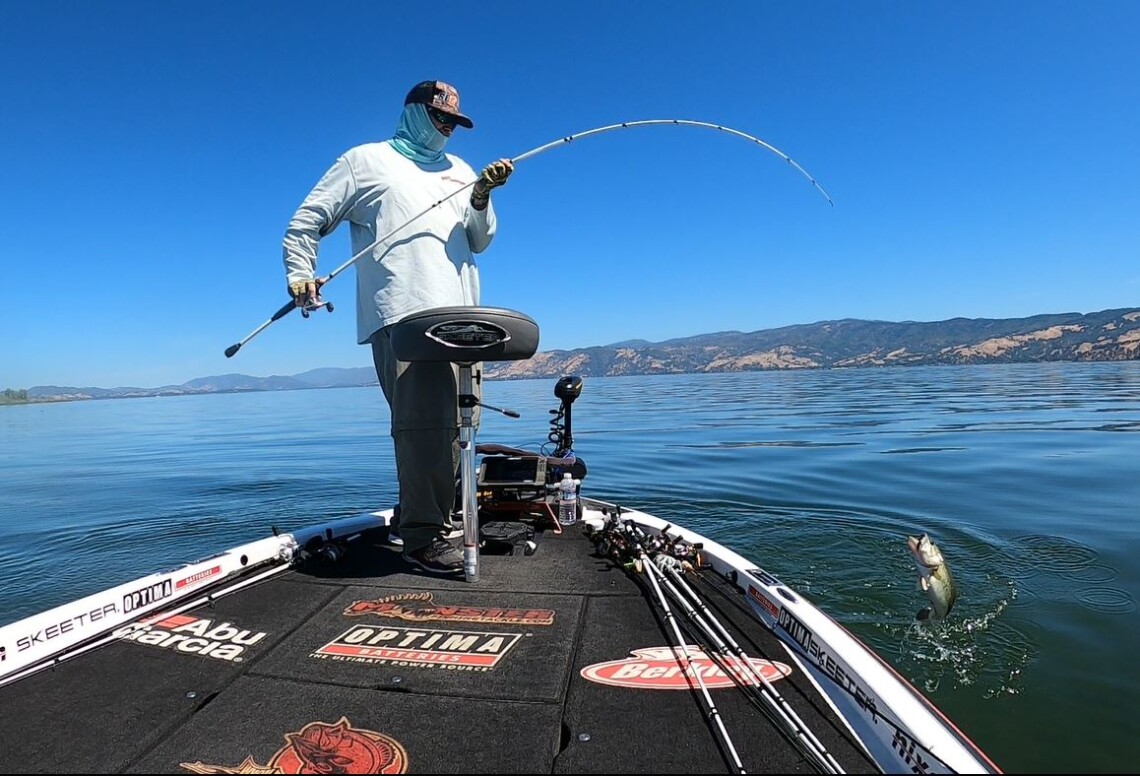 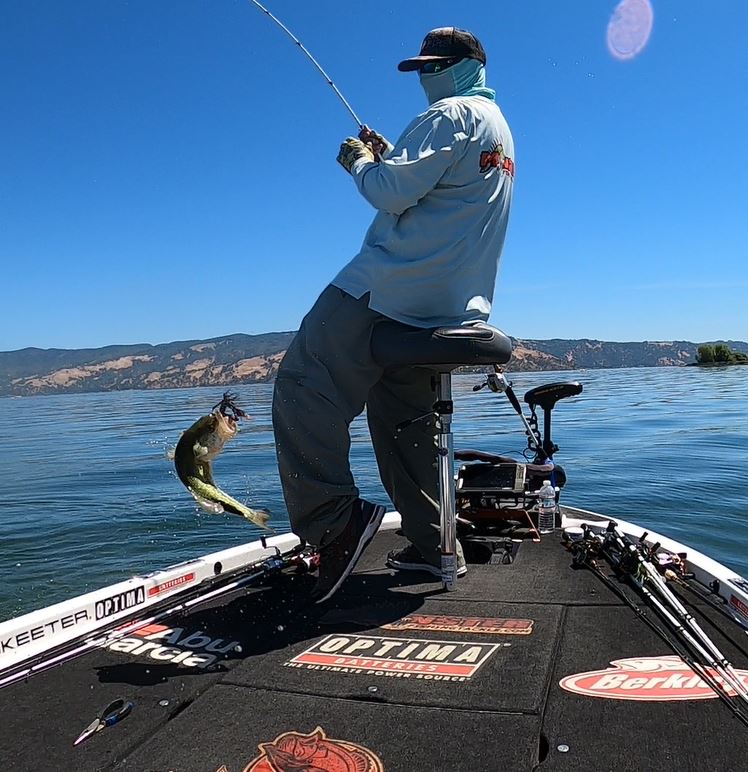 If you have not been to the lake for a while, it’s low and may surprise you in some areas. You need to be careful when running up to some of your normal areas because it can get shallow very fast… so be safe! If you have a favorite technique, do it and you should be able to catch fish.

I used all Abu Garcia Rods/Reels with Berkley Flouro, Spiderwire and Nanofil

A skirted football jig with 3″ Pitboss caught all bed fish as well as fan casting around area. Better bites came on the buzz and frog, just did not get as many bites in the areas I fished.

If you get out there be safe, watch your depth and go catch some fish!