I call this report the Coe Hall Annual Memorial, because each year the Hall’s (Coe and his 2 sons Ryan and Tim) , their uncles and college buddies, along with some invites like me and Chris Perez, take 5-6 days to camp or Airbnb a bass fishing destination for fun, fishing, booze and lots of fun laughs. Several of us are RB Bass Anglers and we know how to Put The Fun back into fishing, which is why we don’t allow Gopros on my boat lol. The anglers are divided into groups of 3, each to provide dinner for one night. Breakfast and lunch is on you, though all is shared, especially bottled water. My group made 96 elk Jalapeno poppers and spicy chicken street tacos for 11 anglers. Dang, it was better than biscuits and gravy or syrup on your grits! The food was absolutely amazing, I could go on and on about the variety of cuisine and drinks but I’ll post a pic instead. 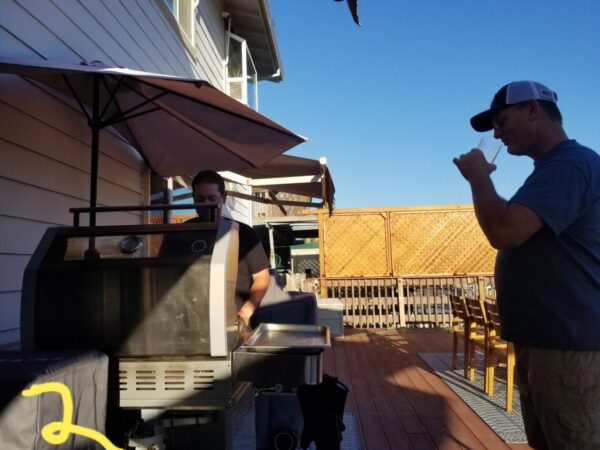 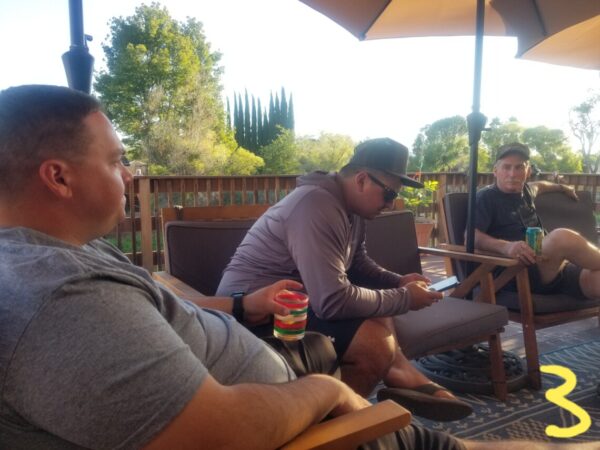 The B&B was in the Keys, just across the way from my tournament partner and R&B Bass Legend Bob Tyler. It had a dock for several boats and an outside deck equipped with a Traeger, BBQ, tables and umbrellas. The house had everything and more you will ever need, including Baudets, which seemed to be a great topic of conversation and uh…use! First time for all. Bob went to try it and behind closed doors a yell comes, he opens the door and his pants are soaked in the front. The roar of laughter came from his statement ” I guess I was supposed to sit down first”! 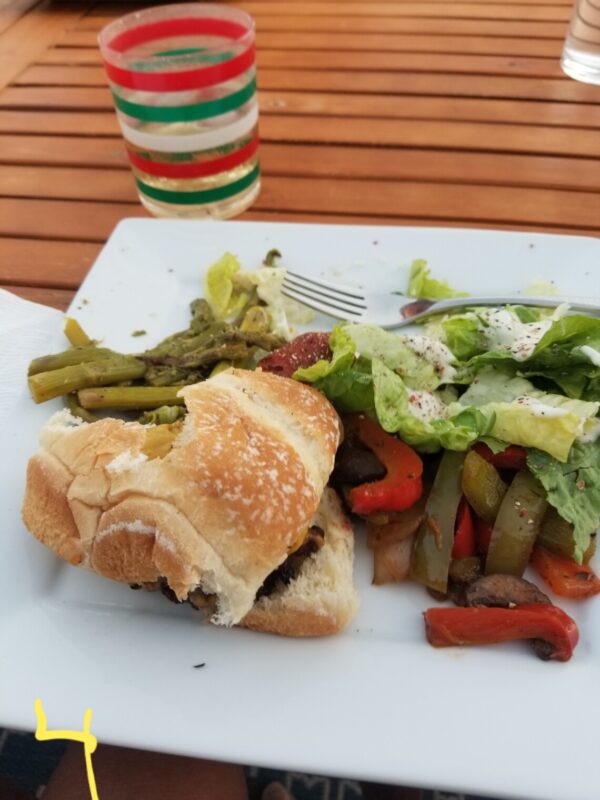 The first day was a settle in day and the last 5 days were spent fishing. As usual 4:30 am came way too early but found us swarming the coffee pot, scavenging different breakfasts and battling for lunch munches. 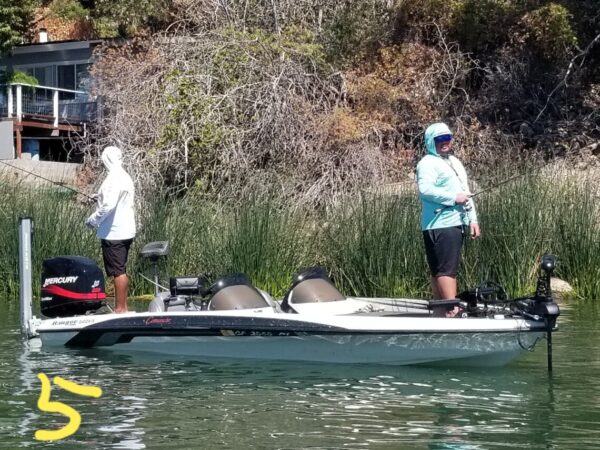 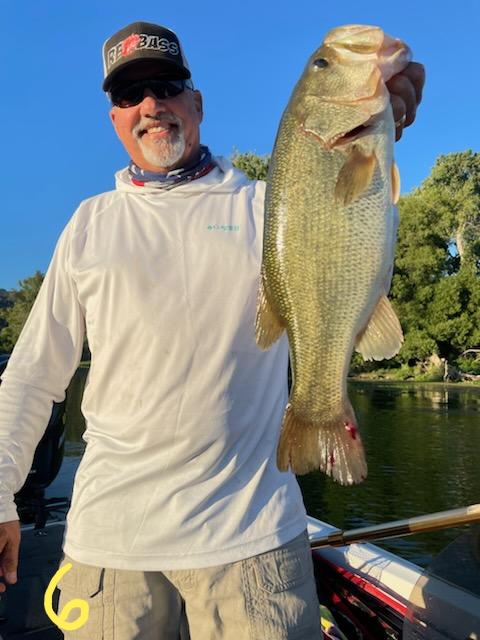 Most of us spent the first two days in the Rattlesnake arm filtering to the narrows and over toward Frazer Point in the Redbud arm, with success in most stops. This was by no means an easy task, as the fishing was tough in that heat of 104 degrees, you just had to be more persistent than the fish. In the Marines we had a saying…”Embrace the Suck”, cause the grind was just that. We left early in the morning and came back in at about 1-2 pm to refresh and then go back out about 6pm to go frogging. DO it, you won’t be disappointed.  At the end of the day…you won! 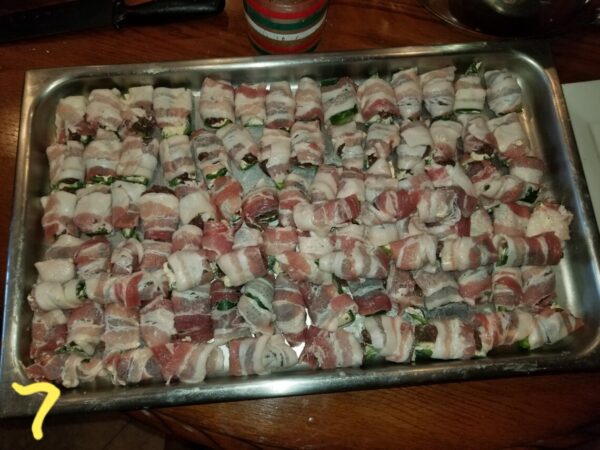 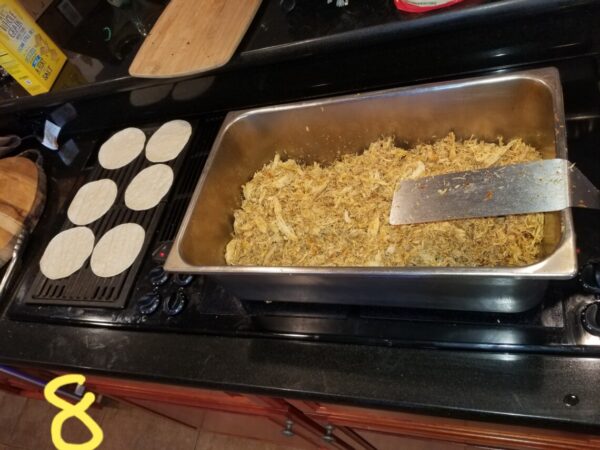 The last few days we ran North. They call it North but actually West and Northwest.  This will be funny to a few of us, lol. One afternoon we went to the State Park side and later in the day over the Lucerne side.  We had zero, nada, nothing, no success on the State Park side, couldn’t even get to the tulleys with the water so low. It looked like the tide went out and nothing out of the abundance of grass.  We found some luck on the Lucerne side, but had to stay off shore in deeper water to get away from the grass and do some cranking. We ran a lot looking for biteable fish. 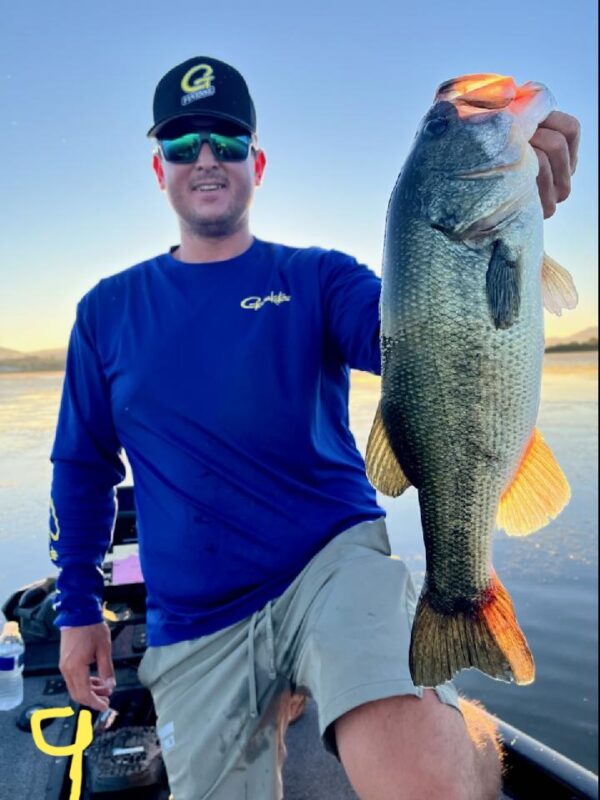 Most of the fish caught were in the 2.5 to 5 lb range with one uncle catching a 6 pounder. The baits used were all over the board, as a pattern couldn’t be established, from whopper ploppers to Sammys, Spooks, Pop R’s, deep cranks, Frogs, brown and blue jigs, buzzbaits, brushogs and senkos. So what I’m saying is Throw the kitchen sink! All in all, a few of our teams came up with 20 to 25 lb bags to be respectable. I know what you’re thinking, so Yes I contributed. We even went night catfishing the last night there and they kept this old man out until 3am, which made it a 23 hour day. My partner Chris Perez was the winner of that night with a 20+ pounder. 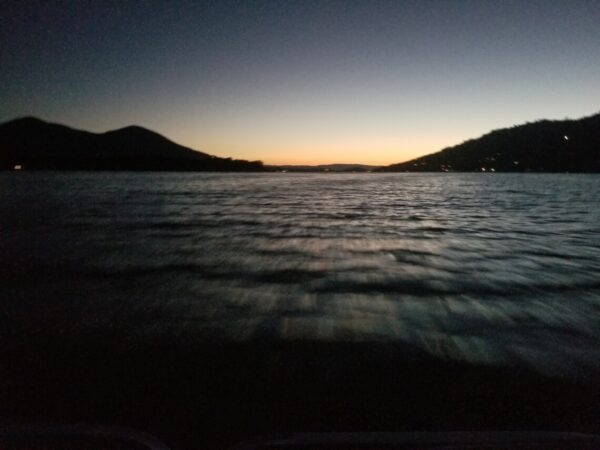 I want to thank Ryan Hall and Tim Hall for bringing me along the last few years and really a high five to Tim Hall for spearheading it and setting it all in motion.  It’s a ton of work. I really look forward to next year…Coe would be proud of them thar boys!