Launched out of B&W Marina at 6am. Caught the last hour or so of the falling tide. Ran up the Mokolume a bit and started at a weed flat on the back side of a tulle berm. It was flat calm. Haven’t had anything to brag about out on my own this year on the river. Haven’t caught a Whopper Plopper fish yet this year, but that wasn’t going to stop me from throwing it. I killed the big motor out a little way and was gliding in when something of size jump at the bow of the boat and hit the keel! Fish were starting to bust, a sight I haven’t seen a lot of on the river this year. They seemed to be out on the edge of the weeds. I threw the Plopper out and around the weed edge, no takers, here we go again!

I throw the Plopper on an 8′ Steel head rod with an old round Swedish made Abu spooled with 30lb. Braid. I can huck it quite a ways, which I think is helpful. I started casting and trying to land the bait past the weed clumps, but where I could bring the retrieve as close to the clump as possible without fouling the bait. Ploppers are great, but one blade of grass or tulle reed and the action is done! As I started casting toward the shallows, it was on! I had 2 different back to back hook ups with fish in the 3lb. Range. I also caught a few that weren’t much bigger than the bait! This went on for about 20 minutes, the sun busted through some clouds, sky got brighter and it was over for the Plopper.

The wind was starting to pick up, so I moved over to rock walls and started throwing a vibrating jig in the open areas as close to the base of the reeds mixed with weeds. It was not as fast and furious as it was earlier, but every now and then, one decided to eat it. My best fish of the day was only about a 4, came off this bait.

It was about 8 o’clock, the tide was still and things started to really slow. I started running west and trying a bunch of new water that might pay off. I’m looking for the needle in a haystack. My team partner and I are within striking distance for the AOY award with 2 tournaments left and I would really like to do my part to help and win this!

Which brings me to a place where I need to remember that this is really ALL just for fun! I am extremely competitive, which from some of the experts at the higher levels say one needs to be successful. I just need to remember to temper it and not let it get the best of me, either way from the success of getting on them or the disappointment from either not getting them, or doing decent, like today, to get home and get on Face book and see some of my fellow RB Bassfishing comrades that got into the Donkeys! It’s a gift every day, and I try to remain humble and thankful no matter the outcome, damn it hurts sometimes :)!

All of the tackle I used today came from MonsterFishing.com. I am no expert, but love getting out there and I really hope sharing some of my fishing experience with you might be helpful!

Take care and hope to see you out there! 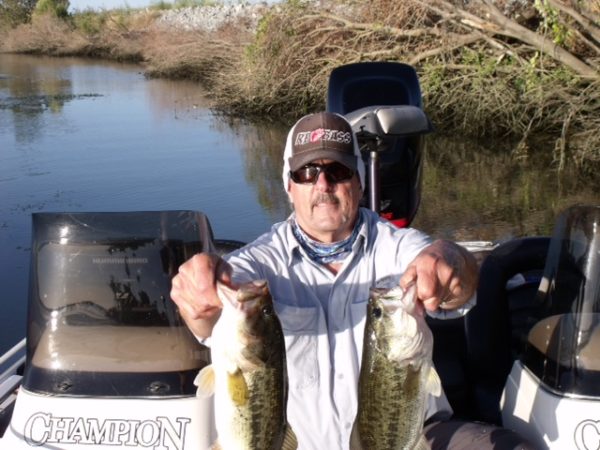