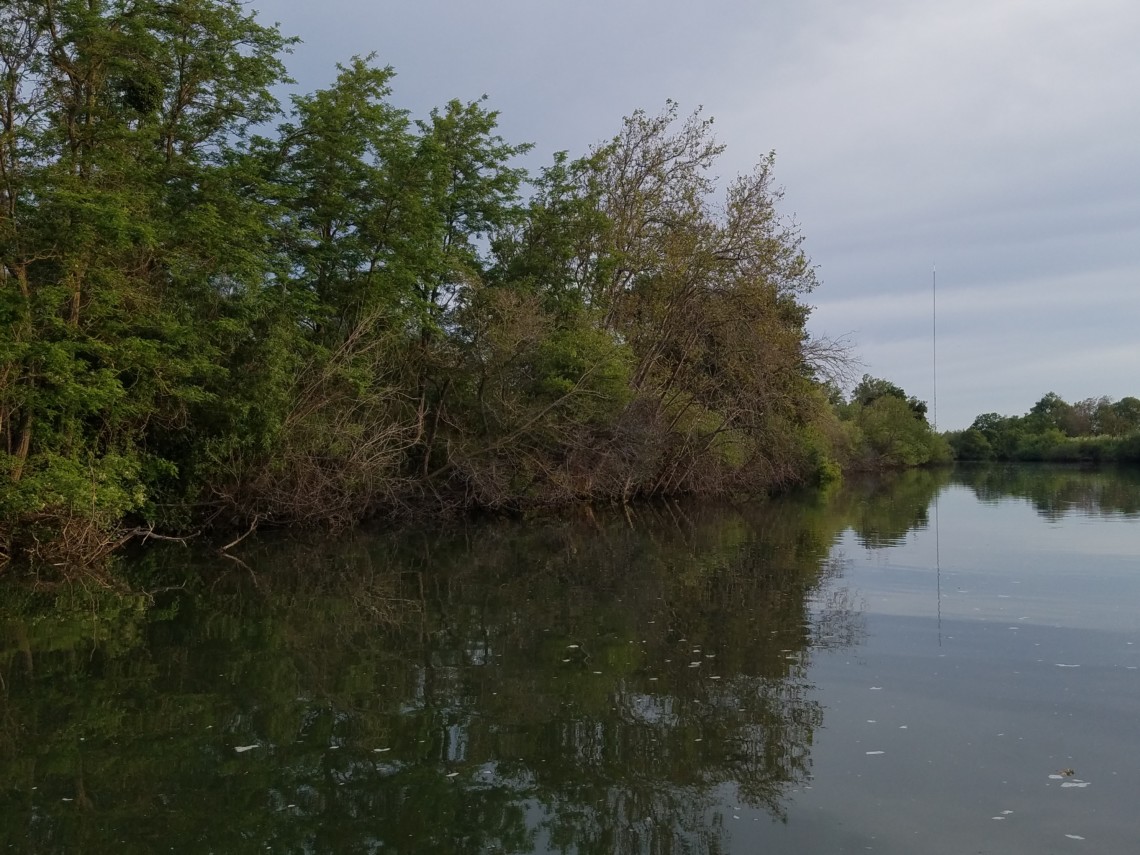 Started out of Wimpy’s and headed North at around 8am. I found a lot of mossy patches and frog mats in most areas. I began by throwing the new River2Sea Phat Mat Daddy Frog on my Denali Rods Lithium Frog Rod paired with 50lb braided line. 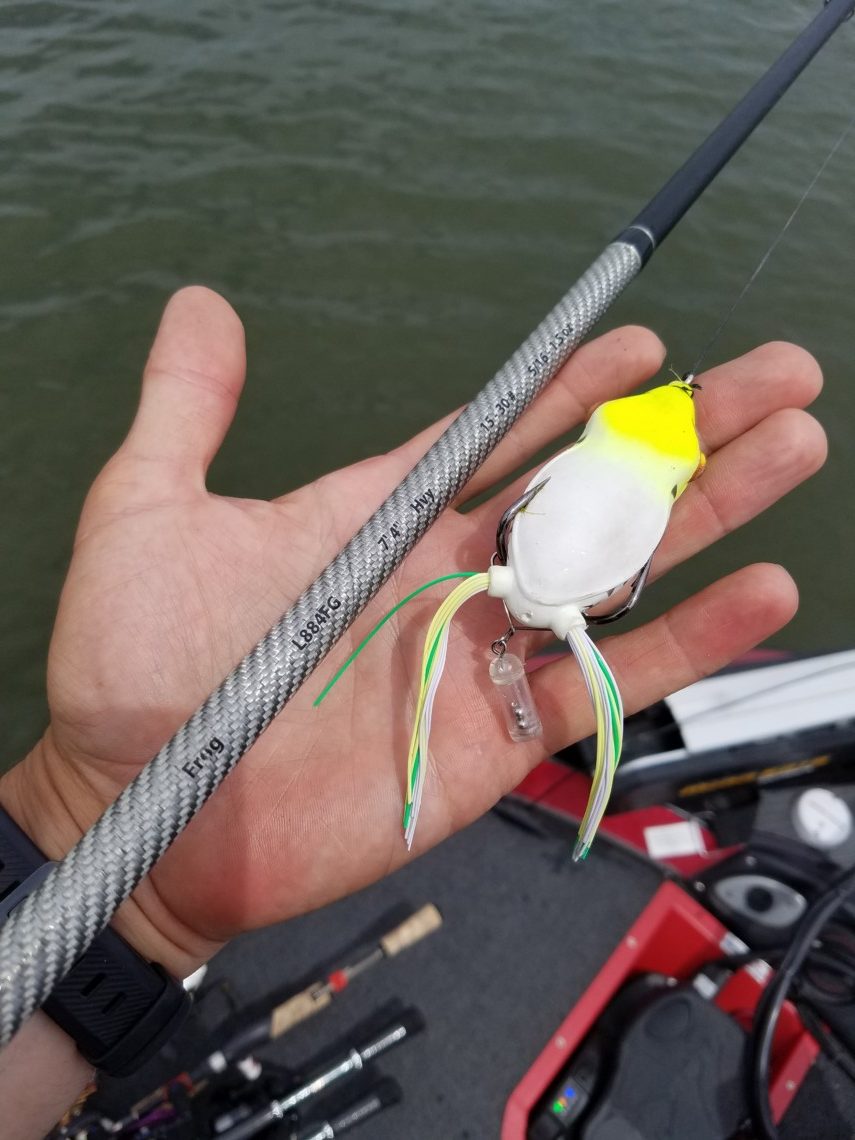 After throwing it at a mossy point for about 30 minutes I was rewarded with a solid post spawn 8+ Largemouth bass. 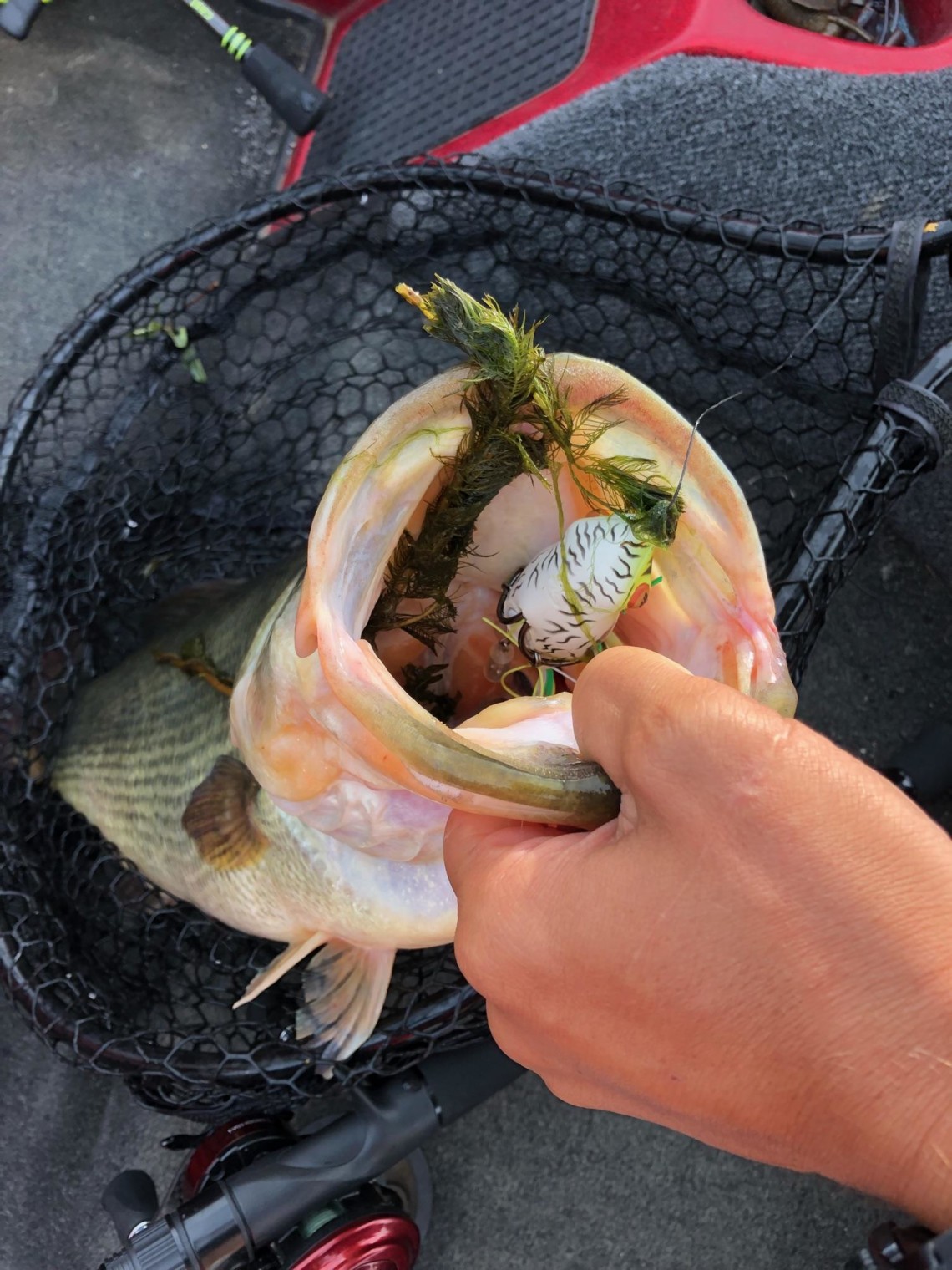 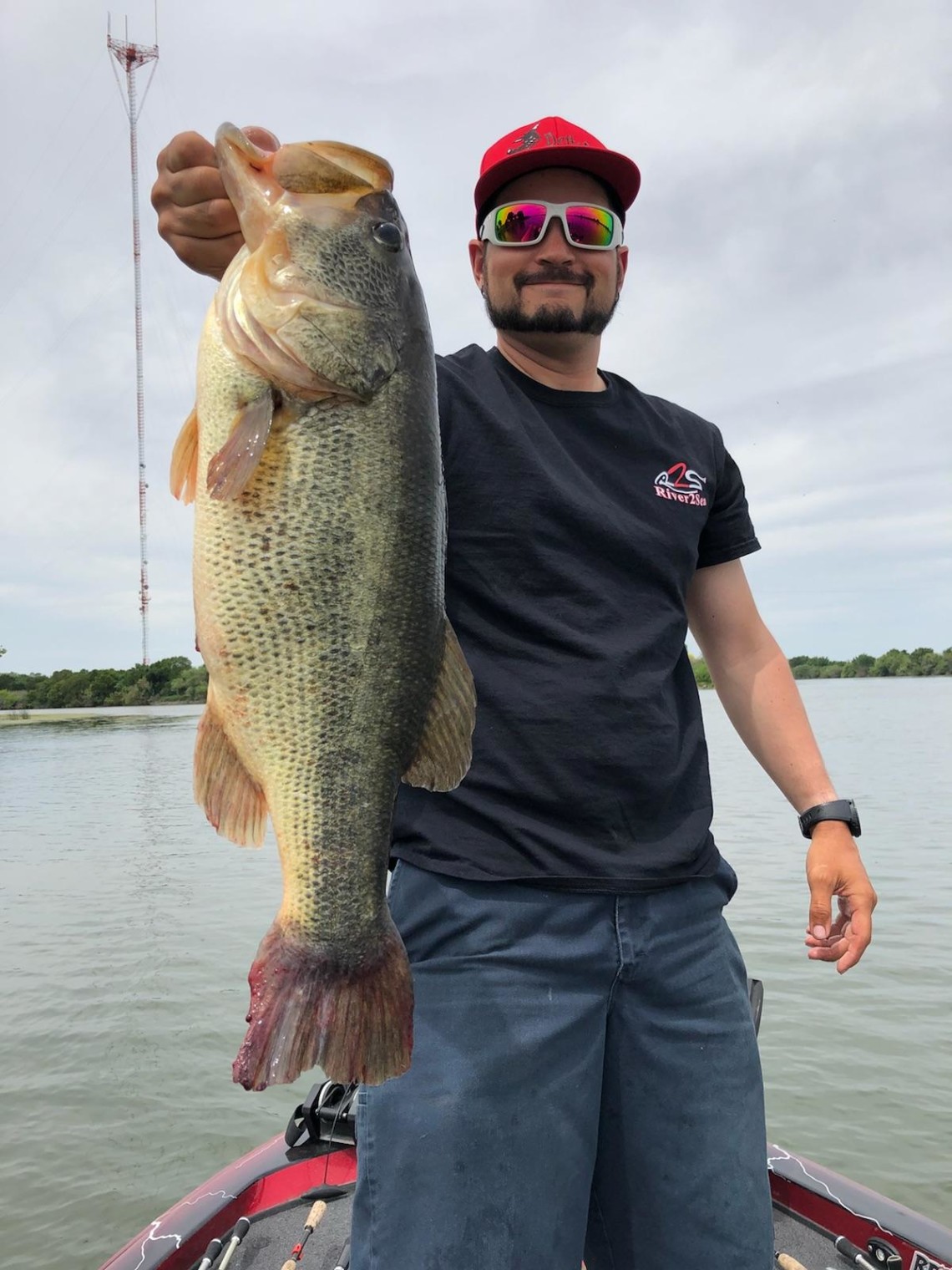 I continued throwing the frog around similar areas and had a lot of fish hit the frog but not commit to it. I was able to pick a part the areas where i missed fish with the Canopy Grenades Dart paired with a Zoom trickworm red in color. I had to fish it slowly and on the bottom. I missed a couple good strikes on the 6″ senko and was able to find some decent fish on a texas rigged dropshot. The frog bite was pretty solid. in the areas I chose to fish I could not manage any fish on the punch rig but gave it a shot for about an hour at mid-low tide. Most of the day it seemed the bigger fish stayed on the outside of the mossy patches. The smaller fish were in the inside trough between the weeds and shorline. Good luck out there. Ill see you on the water! 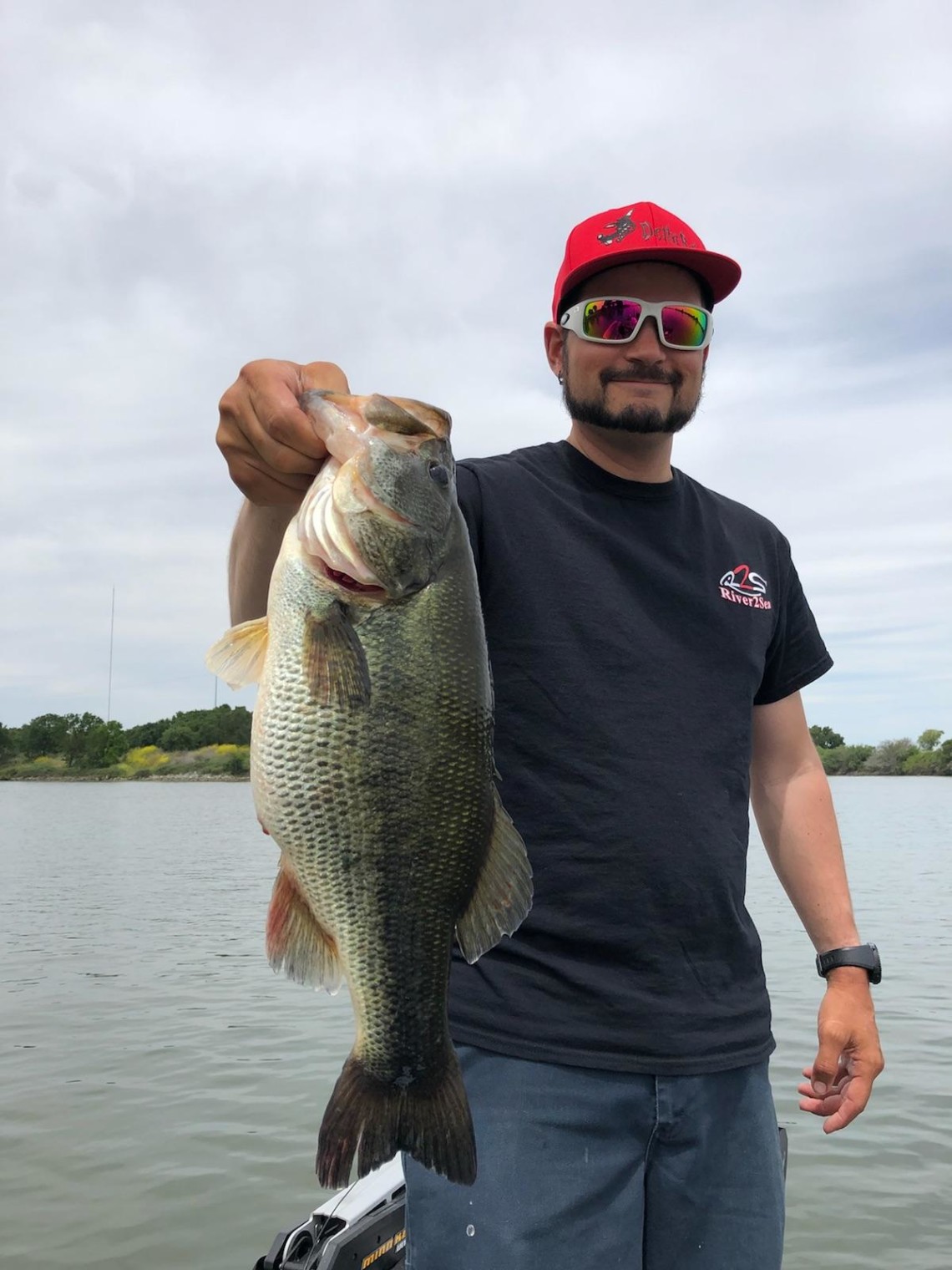