You are here: Home / Hunting / How to find your Dominant Eye by Mike Rogers 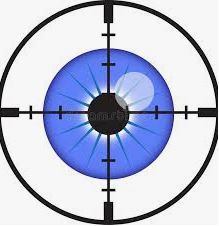 I was teaching a pistol class the other day with friends, and though this one shooter’s mechanics were correct, he could not figure out why the rounds were off a bit.

The first thing I do, besides gun safety and trigger management is to conduct an eye dominance test to see which eye you should be using. Most people don’t know they have a dominant eye. , which is the eye you use for getting your sight picture (more on this in later video and article) before pulling the trigger.

So to do this it’s a simple task. Take your hands and with arms extended in front of you, Palms out, fingers tipped toward each other and thumbs touching it form’s a triangular or arrow hole. Find an object ten feet away and center it in the triangle or arrow. with both eyes open. Now close and open one eye. If the eye you used to open and close is the left eye and the target in the triangle didn’t move, you are right eye dominant. Now switch to opening and closing the right eye and you will see your target move, which confirms you are right eye dominate. This is true for left eye dominance as well In the opposite. 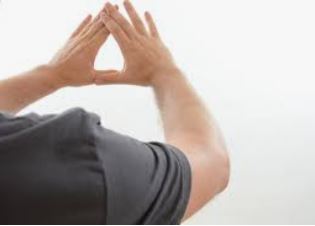 To correct that on shooting you can do one of two things with shooting a pistol but not a rifle. First you can learn to shoot pistols with the weak eye by just closing the dominant eye or you can add a tape to your shooting glasses and block that eye. Secondly simply shoot with both eyes open, which a lot of shooters do, I do both.

With a right hand rifle, and left eye dominance, the only choice you have is training and shooting with the weak eye, if you want to shoot that right hand rifle, because you can’t get your left cheek on the comb of the butt on the rifle. If you are fortunate enough to have a left handed rifle, your problem is solved.

Switching to shooting with your weak eye takes a lot of patience and practice. Practice no matter what helps everything. Go to our YouTube Channel for the video and Subscribe. Good shooting!