Located in Southwestern Illinois, Kinkaid Lake has  an average depth of 39 feet and 2750 surface acres. With numerous points, coves, lay downs and hydrilla, Kinkaid offers a bass and a bass fisherman plenty of places  to play. 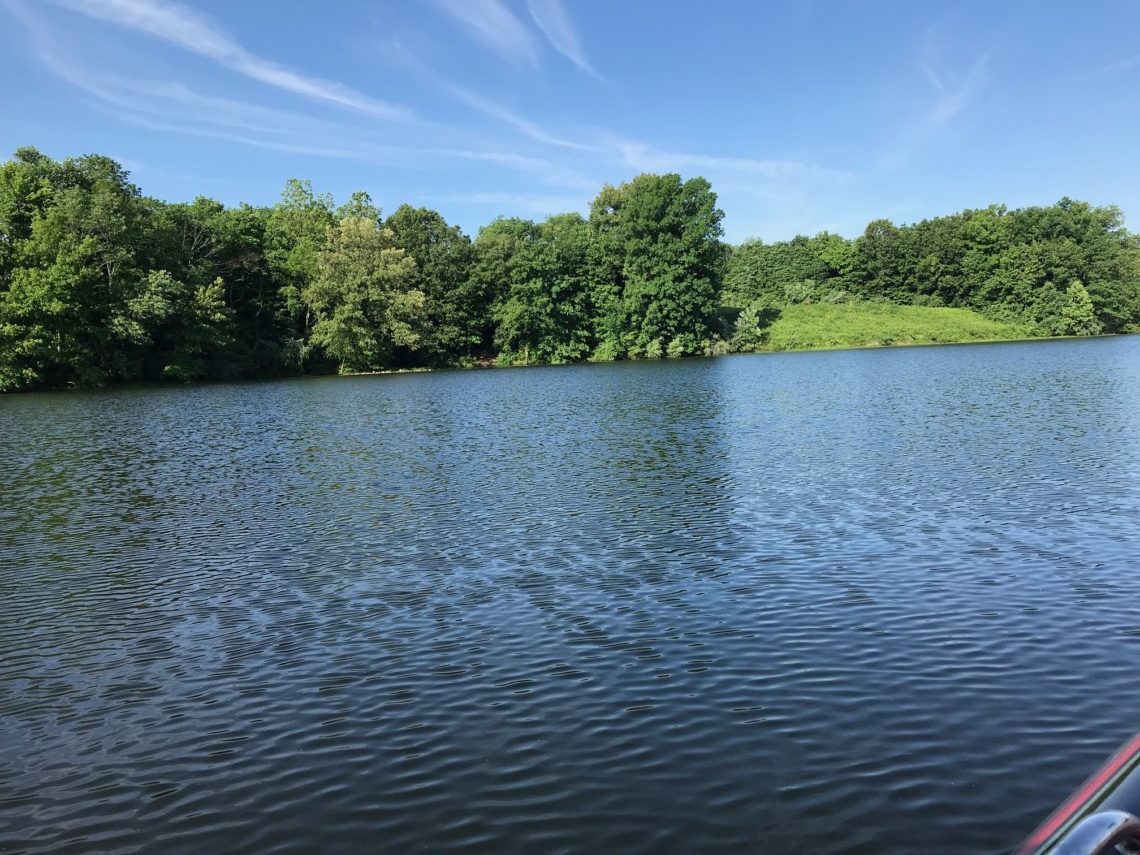 My tournament partner David Ladyman had been telling me about Kinkaid Lake since I moved to Southeast Missouri from Northern California a few years ago. We finally had a chance to make the trip this week. 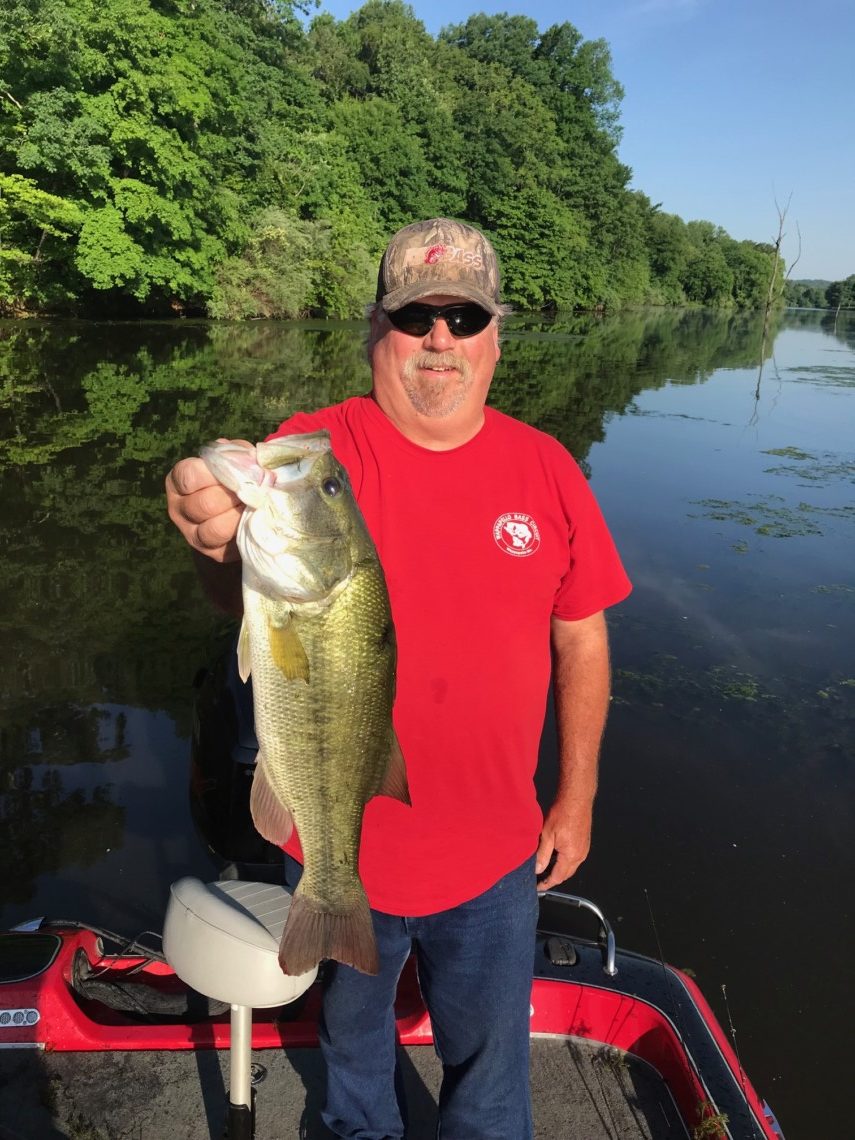 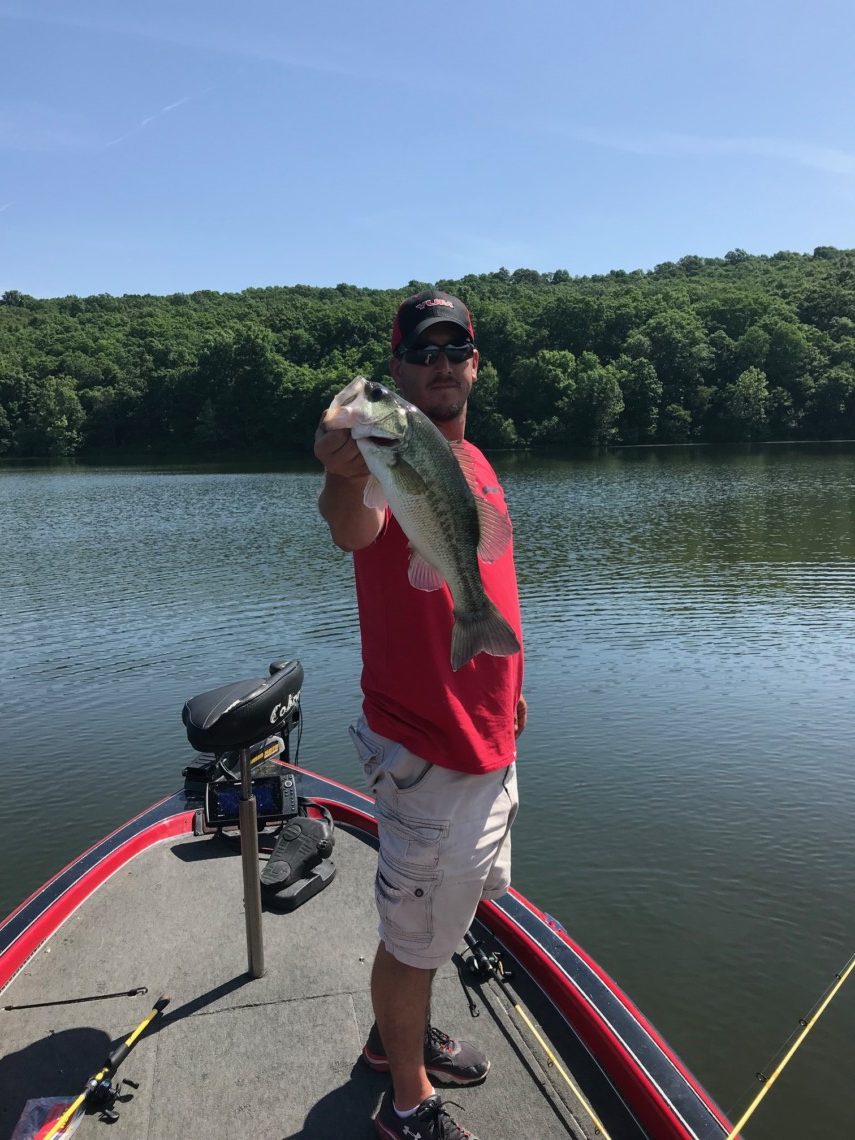 We arrived to Kinkaid Lake Marina shortly after sunrise, with water temperatures in the mid 80’s we hoped to get a topwater bite before the bluebird skies set in. Our first stop was a narrow cove with hydrilla mats scattered along the shoreline. David worked the edges of the grass with a spook, while I worked a Bobby’s Perfect Frog over the top of the grass. After about half an hour, the frog had one blowup and the spook had a fish in the boat. 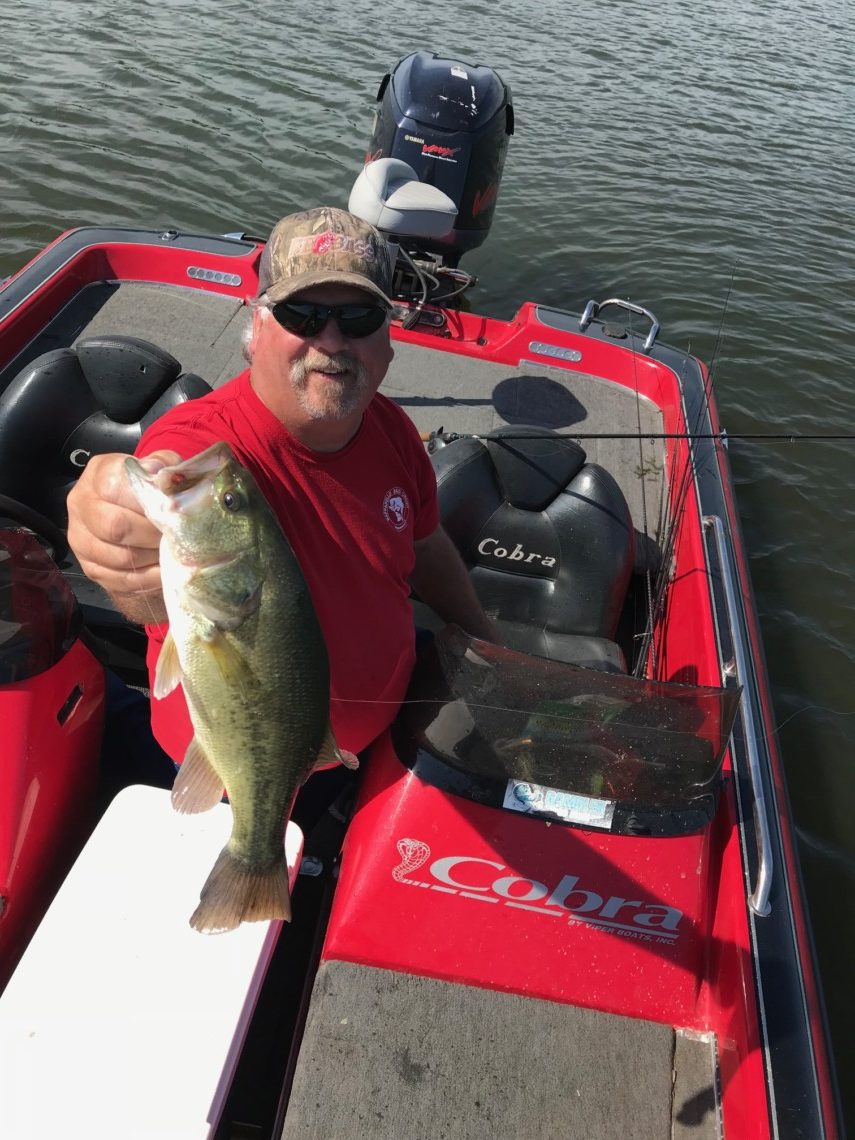 We ran up river and started fishing a hump that came up to 6 ft with deep water all around it. This proved to be the ticket as we were rewarded with several nice bass on worms and craws. While working the hump a school of shad surfaced with bass hammering them, David fired his spook into the school and immediately hooked up. This was the pattern for the rest of day, we would fish worms, craws and Jigs, catch fish on them and then a shad ball would bust the surface for less than a minute. We would drop our worm rods and throw spooks into the frenzy for a topwater bite that lasted all day. 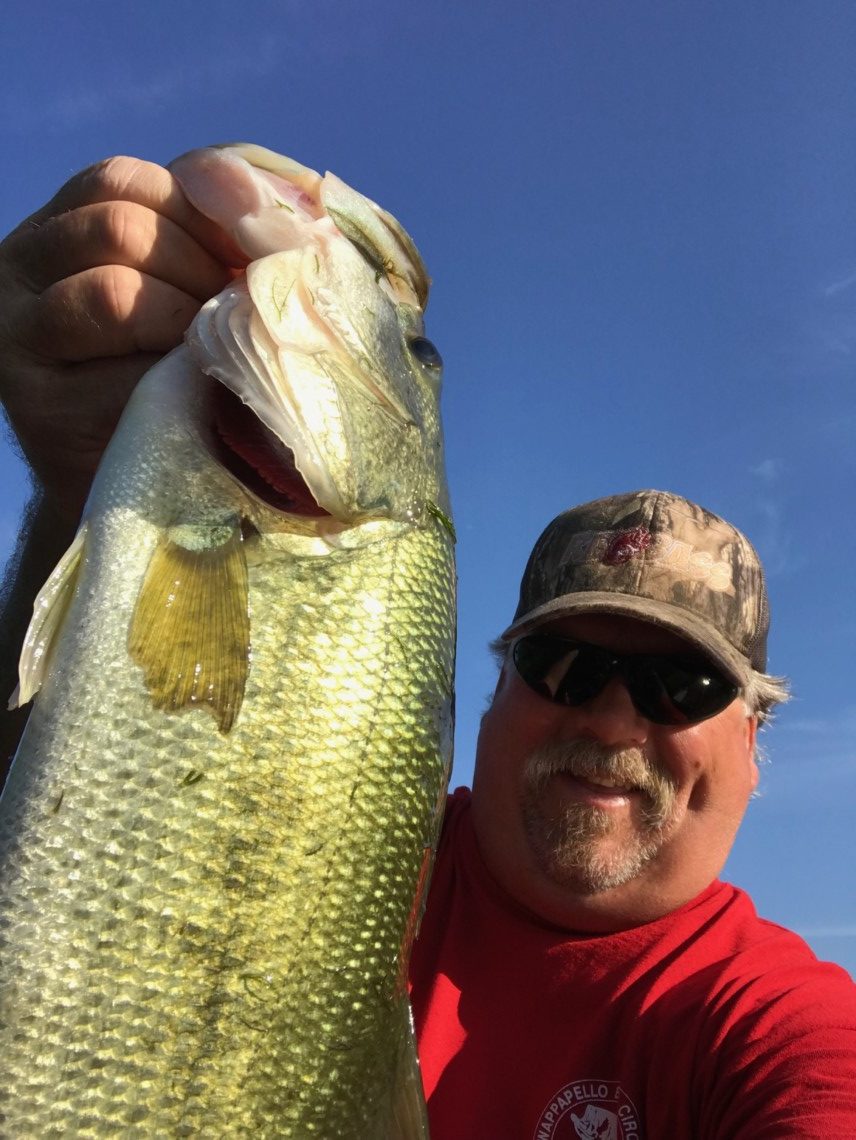 Rotating between the hump and several points near by, we had a great bite, including topwater that lasted all day. We finished with 70 bass between us on a variety of Baits. Best Baits were the Zara Spook, a Rage Craw, along with both Texas rigged and drop shotted worms. 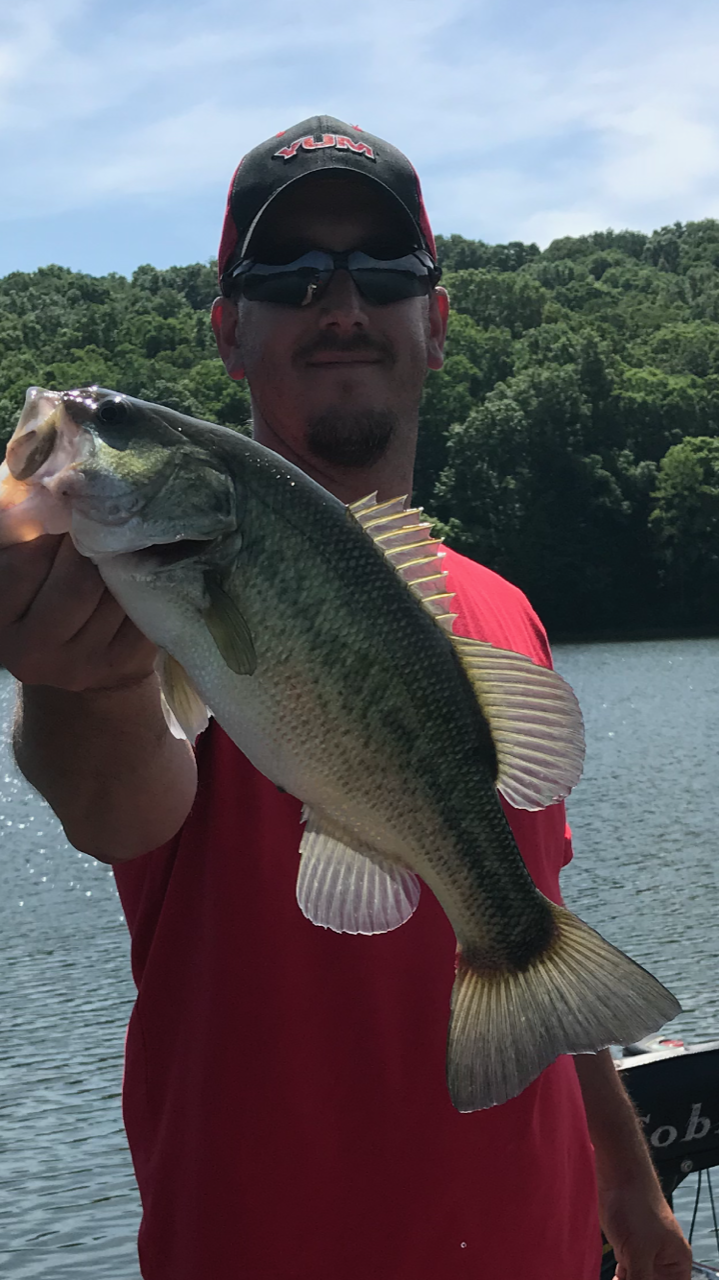 If your ever in Southwest Illinois give Kinkaid Lake a try, they have a full service marina, and campground. Murphysboro is a short drive away with several motels and restaurants for the traveling Angler.
Jeff Jewell
RB Bass