Lake Almanor Chester ca
One of the most prestigious places I’ve ever seen is lake Almanor, sitting just out side of Chester Ca, hides one of the best Smallmouth Bass lakes in our state. With a huge population of 3 pounders this lake sets up for putting together big numbers of of quality fish . I recently was visiting Jody White at his new lake house and knowing that the fish are starting to move shallow to spawn I decided to go walk the east  bank for a few hours . With only two rods in hand my Dobyns 701 and a 702 drop shot on 701 and a tube on the other . I instantly was bit on the drop shot using a Jackson Quon money bait !!!!!!! So I began to walk the bank and pick up some solid fish but no bigins so I decided to put down the drop shot and pick up my tube rod and after making a few casts boooooom got a Big OL Pig  so as I started to dial  in were the fish were I started putting the smack on em. I was using a 3/8oz jig head in green pumpkin and smothered it in crawfish Pro Cure, I was able to catch some nice fish by figuring out that the fish were on the steep banks next to spawning flats . Let me tell you this lake is about to explode with spawning fish.  It felt good to just walk the bank again like a kid  and catch some fish.
With a huge sculpin population Tubes and Small Swimbaits such as the AA’s Bubba Shad are great choices .
[youtube httpss://www.youtube.com/watch?v=8z-Cewh9lPI] 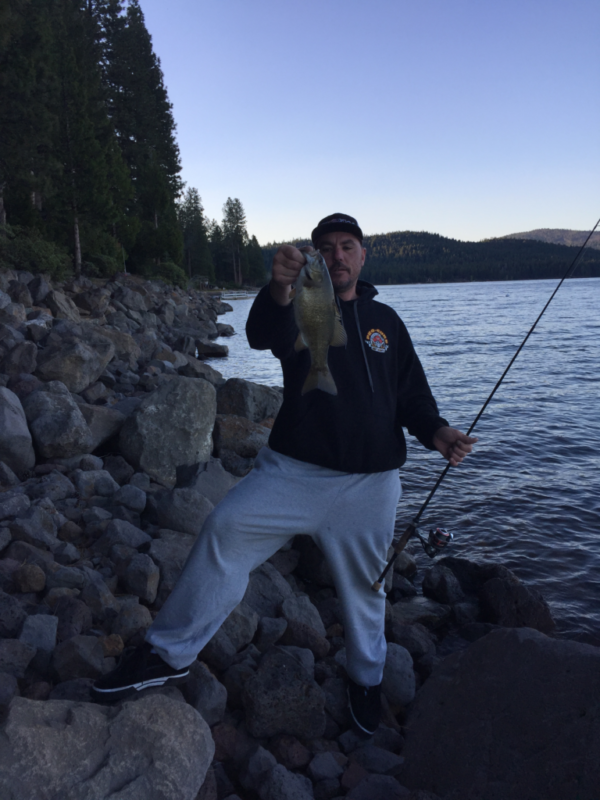