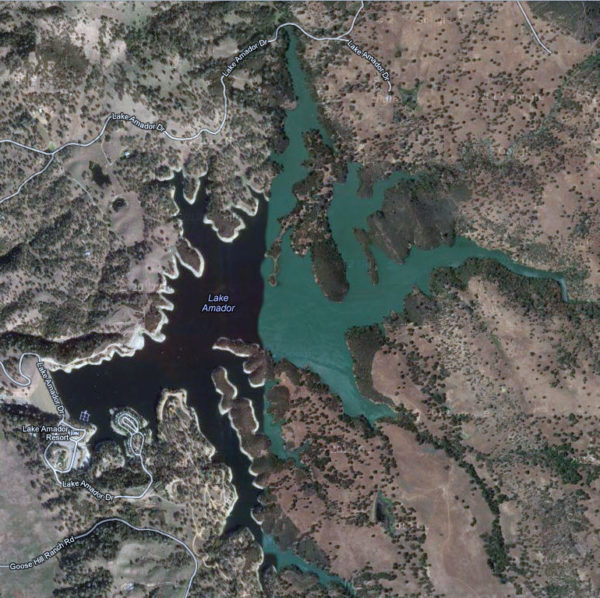 Ione, Ca- Myself and good friend Jackson Rancheria pro Earl Dalton had a chance to capitalize on the recent warm rains and rising water. We hooked up the boat and headed for Lake Amador.  As we drove across the dam, we headed for The Tacklebox Café and we noticed that the water was stained and at  an amazing height of 8ft from capacity.  Feeling good about the day, we launched and headed all the way back to the Carson arm where the water was a little cleaner. This arm is mostly rock bottom and tends to be slightly cleaner after rain.  We started the day off by throwing the Jackson Qu-on eggball jig in green pumpkin red flake trailered with a Yamamoto twin tail grub . 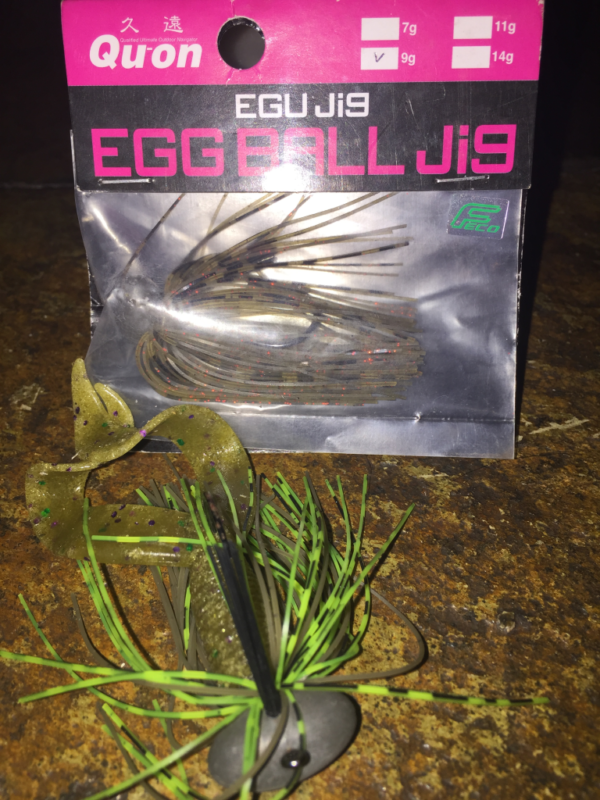 As we casted around we came upon a long sloping point, Earl made a cast to the point and BOOM he bagged a nice largemouth weighing in at almost 6lbs.  Catching that fish gave us a clue that the  fish were going to be shallow and point oriented.  As we headed down the arm we began picking apart the points, the flatter the point the bigger the bass. 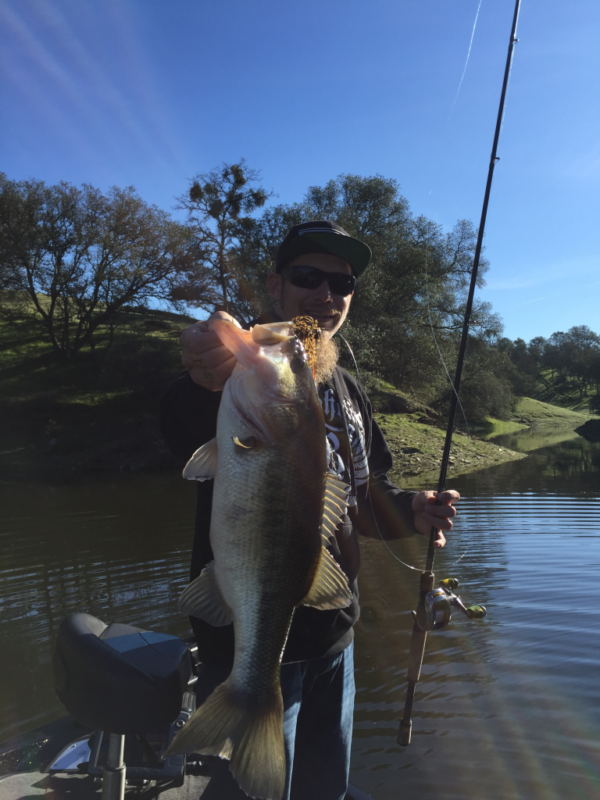 When we came up on the next point I casted out the Jackson jig and BANG bagged a nice 4 pounder. We caught a few more solid keepers as the arm came to and end, we headed for Jackson creek.  The water in Jackson creek was way more stained then the Carson arm.  We fished around for over an hour without even a bite, Earl pulled the trolling motor  and we headed for campers cove.  The point out in front of campers cove the fish were positioned in 15 ft on the long point  we began to catch keepers.  As the day moved on we dialed her in and really started putting the smack down on some solid fish.  I feel due to “El Nino” the warm rains and rising water also new cover are keeping a lot more fish shallow then deep.  Normally this time of the year I start at 20 feet depth and work my way out deeper, but, this year it seems to me that starting in 20 feet and goin shallower has been key to the better bites.  Keep an open mind and don’t let the seasons confuse you and  let the conditions point  you in the right direction where the fish are positioned and areas there using. If your headed out to lake Amador keep the jig in your hand and target the longer points 0 to 15 ft of water slow down and you will WACK EM!!!!!!!!!!!! 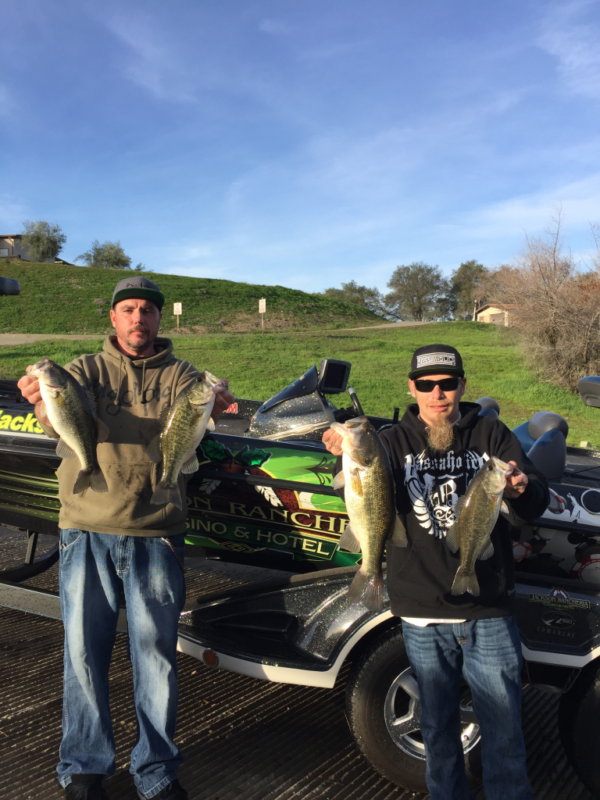