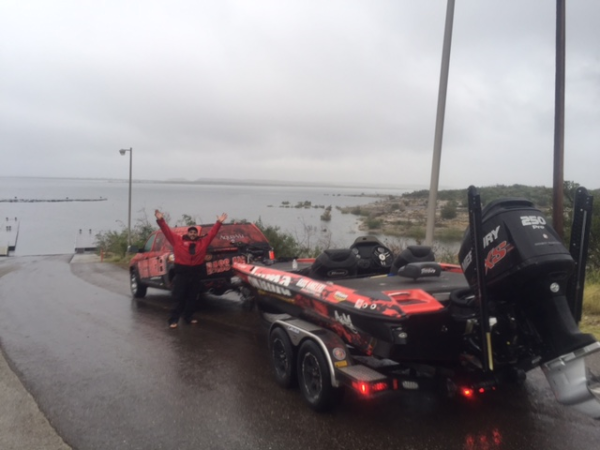 With Mark Lassagne and Mike Coleman

Traveling through New Mexico on there way to the B.A.S.S. National Championships in Conroe Texas Mike Coleman and Mark Lassagne decided to forgo a night of sleep and make a couple hundred mile detour to Lake Amistad.

Amistad is one of those lakes where you hear and read about but located on the Mexico border on the southern end of Texas is a long ways from California hence the reason for the diversion.

Arriving at the lake Mark and Mike were met with a majestic lake where the water visibility was over 10 feet, low 70 degree temps light winds and moderate rain clearing throughout the day.

Launching from the state park near the Hwy 90 Bridge the pair traveled out about a ¼ mile and started fishing. Heading out from the ramp everything looks fishy so much that it’s difficult to choose where to start, stated the pair.

By the looks of the day they tried top water, chatterbaits and some other reaction with no bites.

Picking up and heading to the bridge as bridges are generally a good place to catch a few fish. This bridge has deep water, riprap with flats on both sides with submerged brush.  Tossing crankbaits and worms along the riprap, no bites.

Now about an hour into the trip and no bites Mark decides to get out the Aqua-Vu and see what’s really down there. Lowering the camera down on the points of the bridge Mark spots several good smallmouth in about 15ft of water. They didn’t know there were smallies in the lake.

Mike started dropshotting along the riprap after seeing this and quickly landed a small smallmouth, them Mark landed one also, but the fish were small and not what they were looking for. 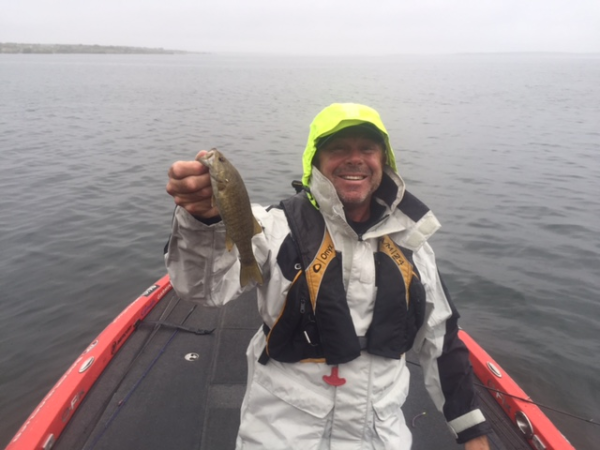 Moving up into the cove next to the bridge, Mike tossed a Senko (Green Pumkin Purple Fake) get’s bit, the fish is ripping drag and Mike pulls the rod up quickly while reeling and hooks the reel handle in his rain gear hood, fish proceeds to break the line leaving Mike frustrated, Mark laughs and tried to get a picture and video of the ordeal.

The one that got away #Colemanalltangledup

After this they both start pitching Senkos in the brush, landing about 10 fish to 2lbs – still not the size this Texas Lake is famous for. 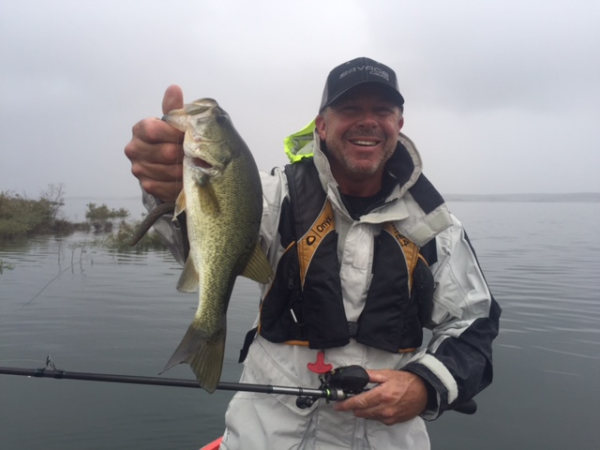 Heading across the lake Mike tried a jig and Mark cranked a R2S Goon in Big Sexy color. They both land fish right away two of them in two foot of water and then another one after seeing it bust out deep – both fish were 1.5 to 2lbs. 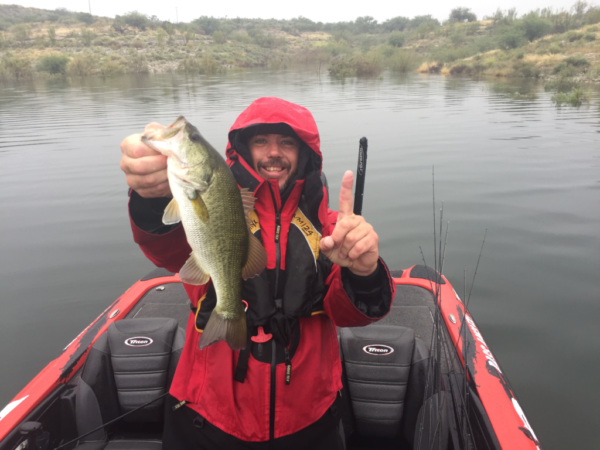 From there they bounced around the main lake catching a fish here or there – then headed back toward the launch, pulling up on a point Mark lands a couple on the Goon when Mike spots more fish busting out deep.  Switching to a LV500 they started following busting fish more than ¼ mile off the bank.

The bite turned on like crazy and they landed over 50 fish in the next two hours. Once the sun started to set the bite stopped as abruptly and it started. 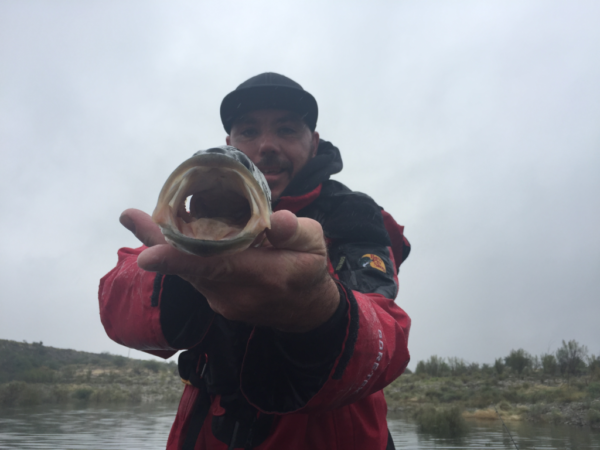 Amistad – not the giants it’s noted for but and awesome day on a beautiful lake, one these guys will not soon forget.