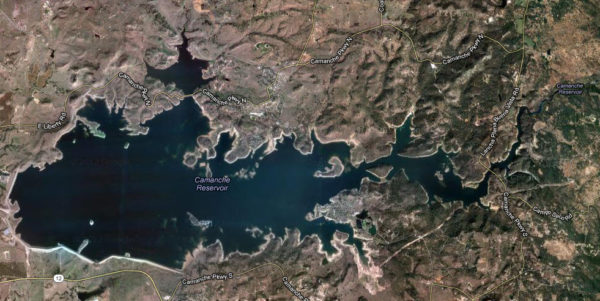 I spent the day with Ron Howe at lake Comanche. We spent the day on the main body of the lake fishing areas where the fish didn’t have to move very far to feed. Meaning steep banks or little flats with a break and deep water access. We marked a lot of fish in 30 to 50 feet, but it was hard to get those fish to eat. We caught all of are fish in less then 5 feet of water. The fish we were marking I believe were neutral fish meaning they weren’t feeding fish, the fish that were up shallow were the ones that have moved up to feed from deep water.  The water temperature first thing in the morning was 51°, later in the day it got up to 55°. Our better fish came on Senkos but we did catch fish on a dart head, jigs, and small swimbaits on TTI Blakemore Road Runner heads. Ron and I caught 20 to 30 fish and it was a grind to catch those fish, but we had a few areas that we would rotate. We would catch 1 or 2 fish in each spot then it would be dead.  The key to get bit was to fish extremely slow and to dissect an area that had deep water near bye. 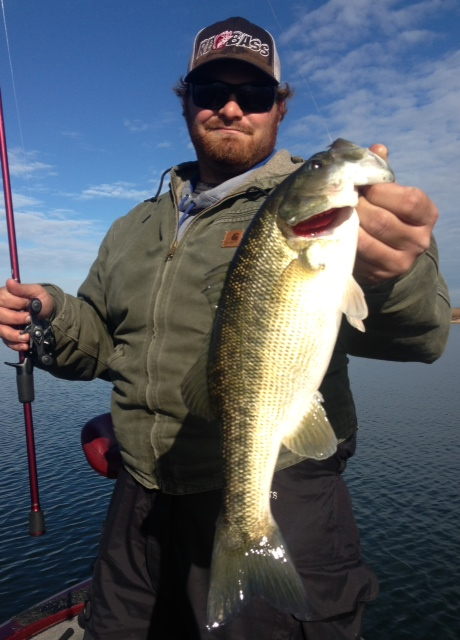 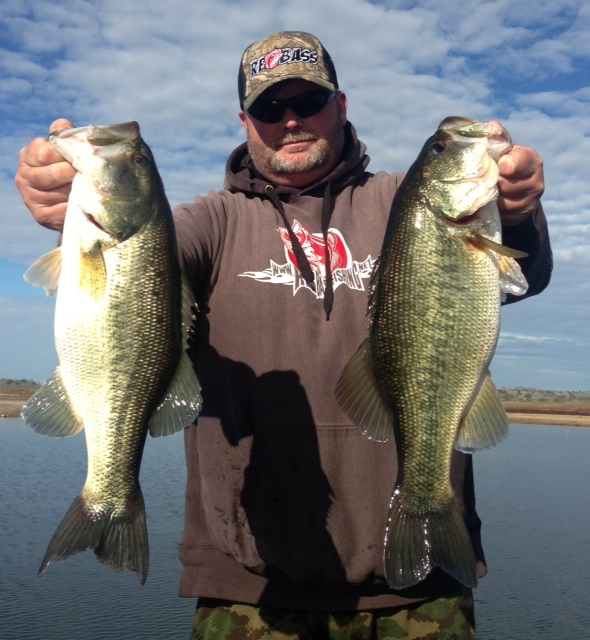