I recently had a chance to take a buddy of mine out on Lake Don Pedro. I was surprised to see the lake is a lot higher than it was earlier this year. It looks to be about 50-60 feet from full. Water temp was around 53 degrees in the morning and overcast. The lake must have just planted trout because they were jumping all around the launch ramp. While warming the motor up we proceeded to catch 20 trout (all released) in less than 30 minutes on Kastmasters. Since I hadn’t been on Pedro for a few months I really didn’t have an idea of what depth to find the bass in. Didn’t take long to find out the fish were all over. Caught the first few fish on jigs and tubes in roughly 15ft of water. 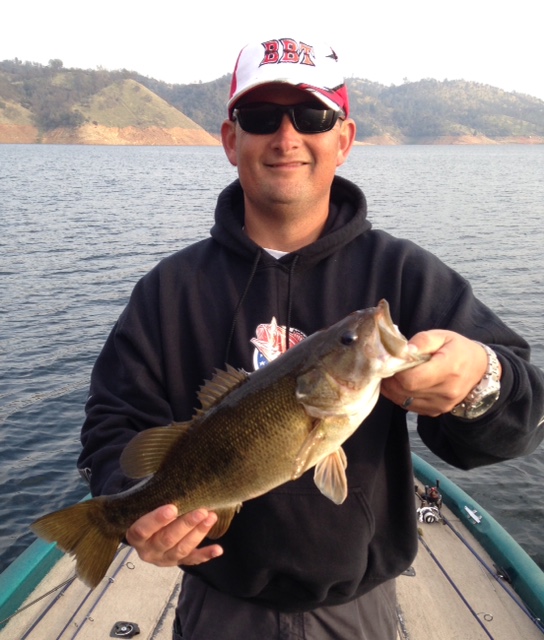 We found a few schools of fish sitting in 30ft of water that were easily fooled with shad pattern dropshot. The majority of fish were between 1.5 to 2.5lbs and very healthy. After a while we decided to check out a few deeper humps in rogers creek. We graphed a few fish on the tops of the humps and found a good bite dragging 3/4oz brown and purple jigs over the humps nice and slow. This was good for a couple 2.5lbers and one 3.5lb largemouth. Definitely seemed like dragging was the ticket. We moved up the lake into the middle bay region and that’s when the bite took off. We were still dragging jigs in 30ft of water but were getting bit quite frequently with multiple double hookups. 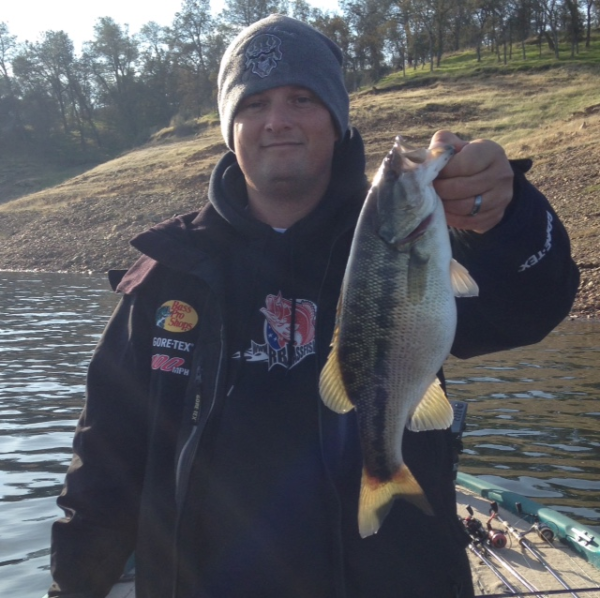 The fish in this area seemed to be a bit bigger with the smallest going 2lbs and the largest was a 3.25lb smallmouth. All in all it was a pretty good day. Our 5 fish limit was roughly 14.5lbs which isn’t too bad this time of year on Pedro. Most of our better fish came off TnT Baits 3/4oz brown and purple jigs. For the numbers we did pretty well with Dry Creek tubes in green pumpkin and dropshotting morning dawn and prizm shad roboworms. All of these products can be found at www.monsterfishingtackle.com. It’s getting colder out there so remember to dress in layers to stay warm. And as always…Set The Hook!!