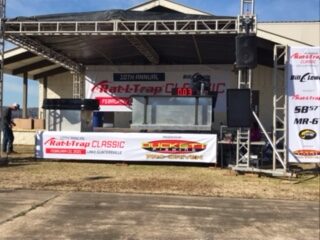 With Missouri in the grasp of the Polar Vortex, the decision to make the 7 hour drive south to Lake Guntersville was an easy one.
First to get there though, I needed 4 wheel Drive just to get off my property and to the pavement. Once on the highway travel through Missouri and Tennessee was a piece of cake with clean roads, lots of credit to the hardworking men and women of the Highway Departments. Mississippi on the other hand must not own snow plows, imagine traveling at the 70 mph speed limit, then hitting the state line where there hasn’t been any snow or ice removal, with no warning sign either. I went from pavement to a couple inches of ice and snow with the only clearing being made by the big rigs in the slow lane. So travel was slowed to about 25 miles an hour through Mississippi. Hitting the Alabama state line I immediately once again had perfect road conditions.
On the trip down I received a call from Ben Green of Ben Green Insurance. He was already at Guntersville where he had just competed in the MLF Toyota Series and was thinking of fishing the Rattletrap Open. He was contemplating fishing alone even though the Open is a team format. My partner Jamie Toon had already arrived at Guntersville a week earlier and had been fishing with his brother Jim. I asked Ben if he wanted a partner and said Jim would probably love to fish the event. Ben agreed and we all decided to meet at Kudzu Cabins where Jamie and Jim were staying to meet, talk fishing and BBQ some steaks. Joining us at the Cabins were the guys from The Boat Doctor at Lake Wappapello, Eric Kime and Jerry Powell, they needed some fishing therapy that a frozen Lake Wappapello wasn’t going to provide. 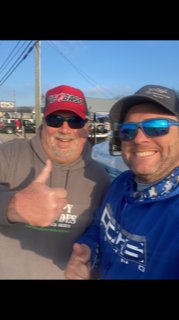 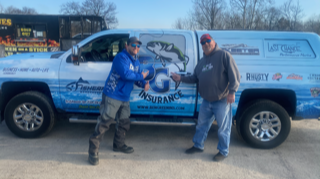 Early Saturday morning, we all met up at Guntersville Tackle and Outdoors, I needed an Alabama Fishing Permit, and we all wanted to look through the selection of Bill Lewis Lures for Sunday’s tournament.
With air temperatures below freezing and the lake having lost 5 to 7 degrees over the last couple of days the dock talk at GTO was how tough the bite was going to be for next day’s tournament.
We launched at the Mud Creek public boat ramp with outside temperatures in the mid 30’s and found water temperatures had dropped to 41°. A steady North wind had churned up the area and Mud Creek was living up to its name. After fishing for about an hour Jamie made the call to load up and trailer to a different ramp looking for a little clearer water.
We relaunched his Phoenix 921 Pro at the Sebold Ramp where we found slightly clearer water. Hitting several spots around the State Park and Sebold areas we caught a couple keeper largemouth and were thinking that the dock talk was correct, it would be a tough tournament. Faced with only being able to use Bill Lewis Lures the ability to slow way down for the cold front wasn’t really an option. Guntersville is covered with Eel grass and dragging a trap on the bottom would only result in a lure full of weeds.
Sunday morning was another cold day with air temperatures again in the mid 30’s and the wind still blowing, the forecast was for air temperatures to rise to the low 50 by early afternoon. With 320 boats entered into the tournament we were first flight boat 15, with a 3:00pm weigh-in. We had decided on Gold colored, one knocker rattletraps, with Rayburn Red as backup, we also would throw MR6’s in various craw patterns.
Pulling up to our first spot, it wasn’t long before I hooked up, it was a nice chunky largemouth that measured 14 3/4 inches, Lake Guntersville has a 15” minimum length limit. Continuing to cast towards the grass flats, I hooked up with another bass, this one was keeper and we were happy to drop him in the livewell. Then it was Jamie’s turn and he brought in a fat keeper.
Jamie was ripping his bait with a burn pause retrieve while I was using a retrieve that was just fast enough to keep ticking the top of the weeds. We discovered that using the MR6’s would just result in a massive pile of eel grass so pretty much stayed with the traps all day.
Come weigh in time, we had a limit but needed a kicker to be real satisfied with our weight. We walked up to the scales to met by Boyd Duckett who was acting as weigh master. The “Cajun Baby” Mr. Cliff Crochet was the MC for the event. We were first flight and had to wait close to 2 hours for all flights to weigh in , while waiting we kept noticing there were plenty of times where no one was weighing in, with 320 boats there would usually be a line of Angler’s waiting to weigh in. As it turned out, over half the field failed to weigh in and our 10 and a half pounds was good enough to cash a check.
It was a well run event, with prize packs for all the contestants, and if you ever get a chance to talk with Cliff Crochet the guy is absolutely hilarious. 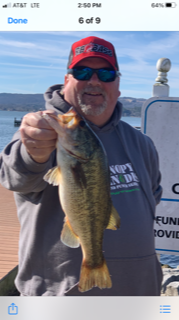 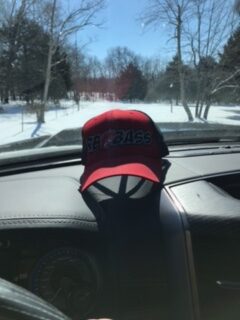 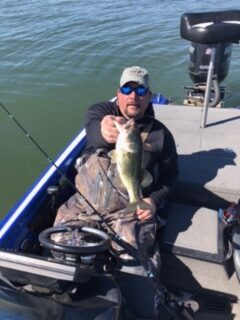 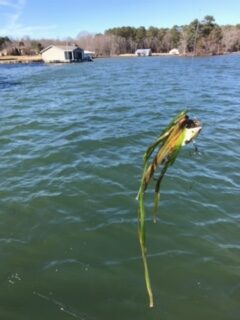 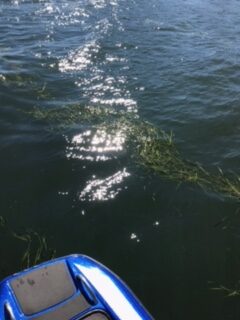 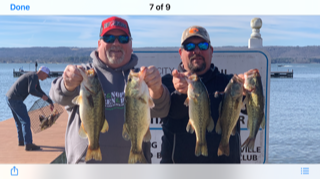 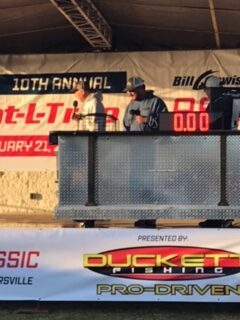 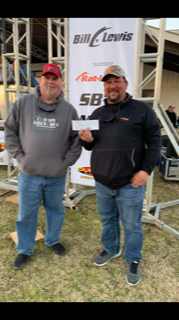