I Hit Lake New Melones for the first time in a week. We launched out of Tuttletown Around 11 having low light and a 7-10 mph south wind. Water temp was 54 on the main lake. The plan for the day was to just catch a bunch of fish but I did chuck a swimbait around on some key spots while Emily threw a nail weighted senko around in the back of the boat. I had a few bumps on the swimbait but no hookups. Emily stuck a 6+ in 5ft of water on a black and blue 5 inch Senko that she picked out herself. Whatever. We found the fish were using cuts more than points. Seemed liked if we fished past 30 ft we only caught small fish. I tried a variety of different baits. Jigs, jerkbaits, crankbaits, small Keitechs but Emily continued to out fish me with the senko. That’s just what they wanted that day. 25+ fish day with some other good fish mixed in. We fished river and main lake both were extremely clear. I have this weekend free if anyone is interested in a trip on Lake New Melones or Don Pedro. Come see my perspective on the motherlode lakes and I’ll surely increase your confidence on catching these picky pre spawn fish! 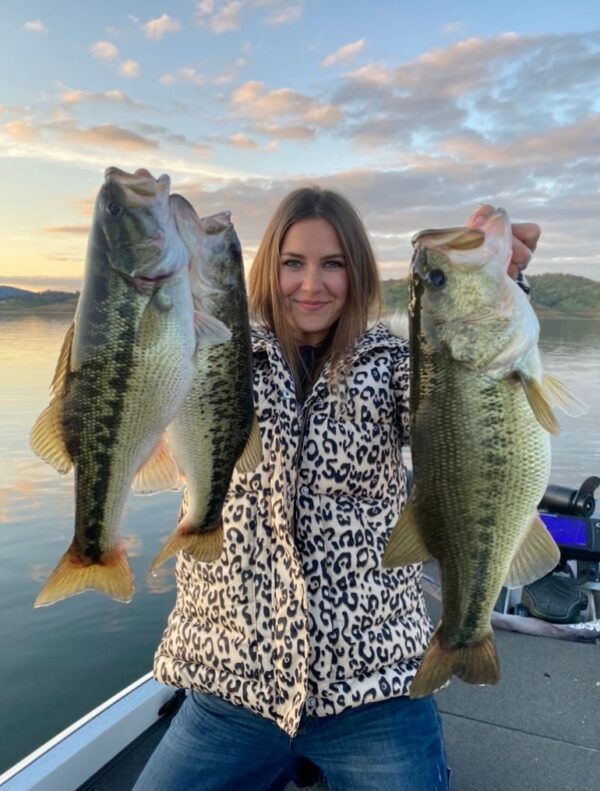