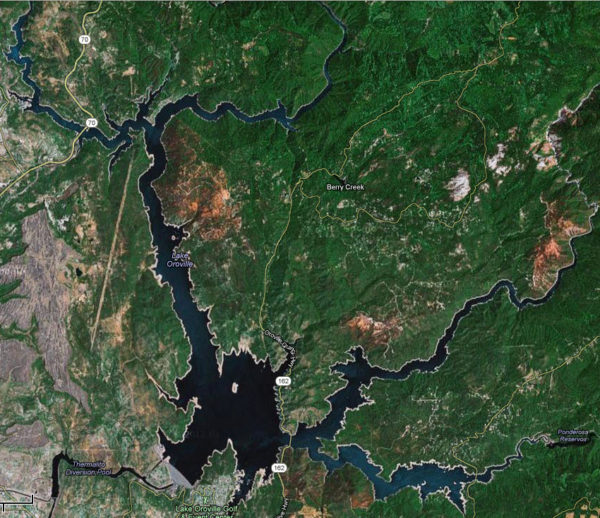 Having just fished Lake Shasta the week prior and being on a good spoon bite up there, I set out to check out the creek arms at Lake Oroville.  I found several of the major creek arms that had fish pushing bait in the 40 ft range.   With Oroville being as low as it is running was a little sketchy as the lake is down over 150ft and I can only offset my Lowrance graphs to 150t and I still saw land features that were not highlighted on my graph.

I found a good spoon bite running to the back of the creek arms to the 40ft depth range and out in the middle of the arm I would drop the trolling motor and pan around and find the bait balls with fish.  Both a chrome jigging spoon and 4” flutter spoon got bites.  I was also able to catch a good amount on a drop shot when the bait and fish were on the bottom using a Maxscent flat worm in a shad pattern.

After chasing bait balls for a few hours and catching good numbers of fish, I set out to find some other patterns I thought would do well.  I went down several rocky banks with a Vision 110+1 in a matt shad pattern and caught 35+ rip bait fish with a few being over two pounds.  Also, a Frenzy Nail Shakey head with a green pumpkin reaction innovation’s flirt worm in 30’ of water in the back of the creek arms proved to do well when the fish were not relating to bait balls.  Good Luck, the lake is fishing well. 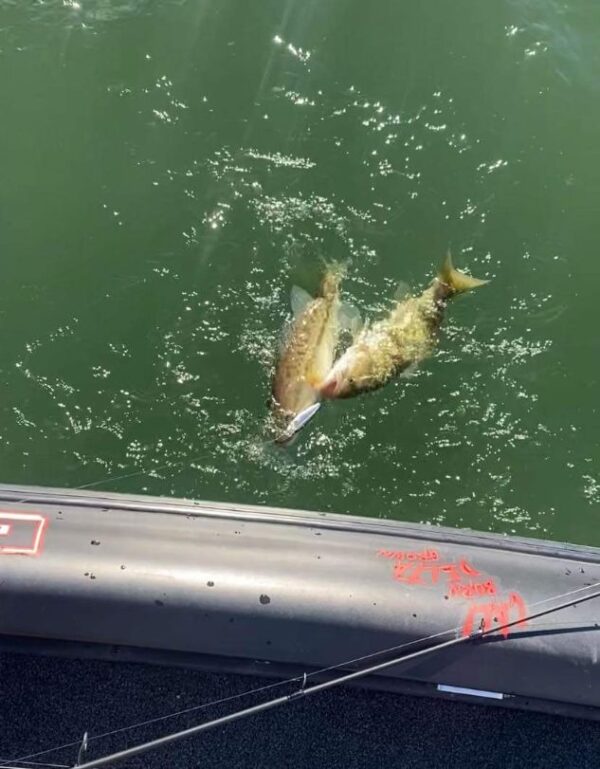