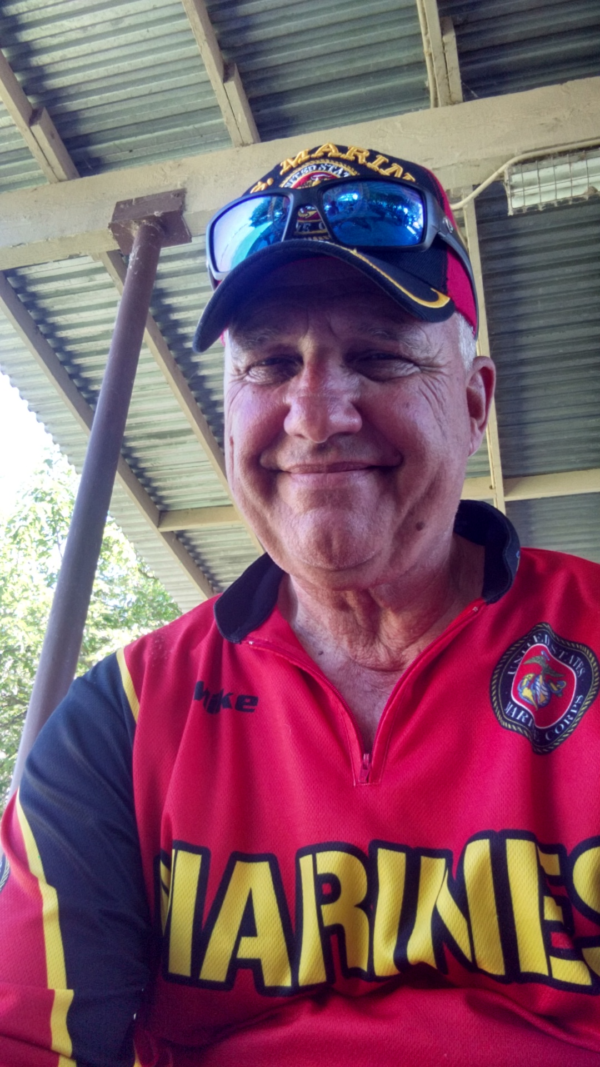 was born in 1950 with a rifle and fishing rod in my hands. I spent most of my life in pursuit of big game and BigOlPig’s, fostered by my Grandfather, father and uncle that did the same.

I won football scholarships out of high school but elected to join the Marines during Vietnam just before the Tet Offensive.  In boot camp I was the top shooter in the company, about 250 Marines, and won the Heavy Barrel Award. This award eventually led me to being a weapons instructor and one of the Corps first Series of Snipers and Sniper Instructor, actually one of a few that help start the Marines Sniper School.
I got into bass fishing some 40 years ago and used it as an escape from the arduous long days in the oil business, retired after 32 years….one thing lead to another and I started competitive bass fishing about 5 years ago. A little late in life but I do love the anglers, the competition of it and the Tournament staff, all good people.
My Tournament partner Chris Perez and I started fishing together in late 2015, after my original partner moved on to college and is now doing the collegiate series.
2016 was a good year for us new partners, we jelled well considering the difference in age of 44 years. We had several top ten finishes, with 7th place being the best showing. Disappointed in a few where the fish we lost would have won the tournament, but that’s fishing.
I enjoy passing on knowledge of fishing and shooting to the youth of today. I look forward to getting more involved with Charity Tournaments and things like Kast for Kids. To promote our sport of bass fishing to our youth is a mission that us, the older generation, should take on with pride and enthusiasm!
See you on the water, just look for the US MARINES – RB Bass Triton!