THE TOP WATER BITE IS ON!!!!!!
Saturday June 16,2018
Water temp. 70-74 degrees
Water clarity 12-15ft
Wind 5-8 mph
Saturday morning about 6:30 myself and a couple buddies launched the boat out of tuttle town boat launch and immediately started seeing bass blowing up around us chasing shad so we put down the trolling motor and when to see what was going on, we pulled up to the biggest shad ball I think I had ever seen and they were just getting destroyed!! First thing I tied in was a River2Sea Bubble Walker and casted in the middle of the war zone, almost every cast I was getting blow ups on my lure but the bass were short striking it and not fully committing, so after the 5-6 missed fish I switched to a River2Sea whopper plopper in the 130 size and blue bloods color and they started hammering them!!! My buddies Chris Childers and Josh Forman where throwing Heddon spooks in a shad pattern and were having the same effect. 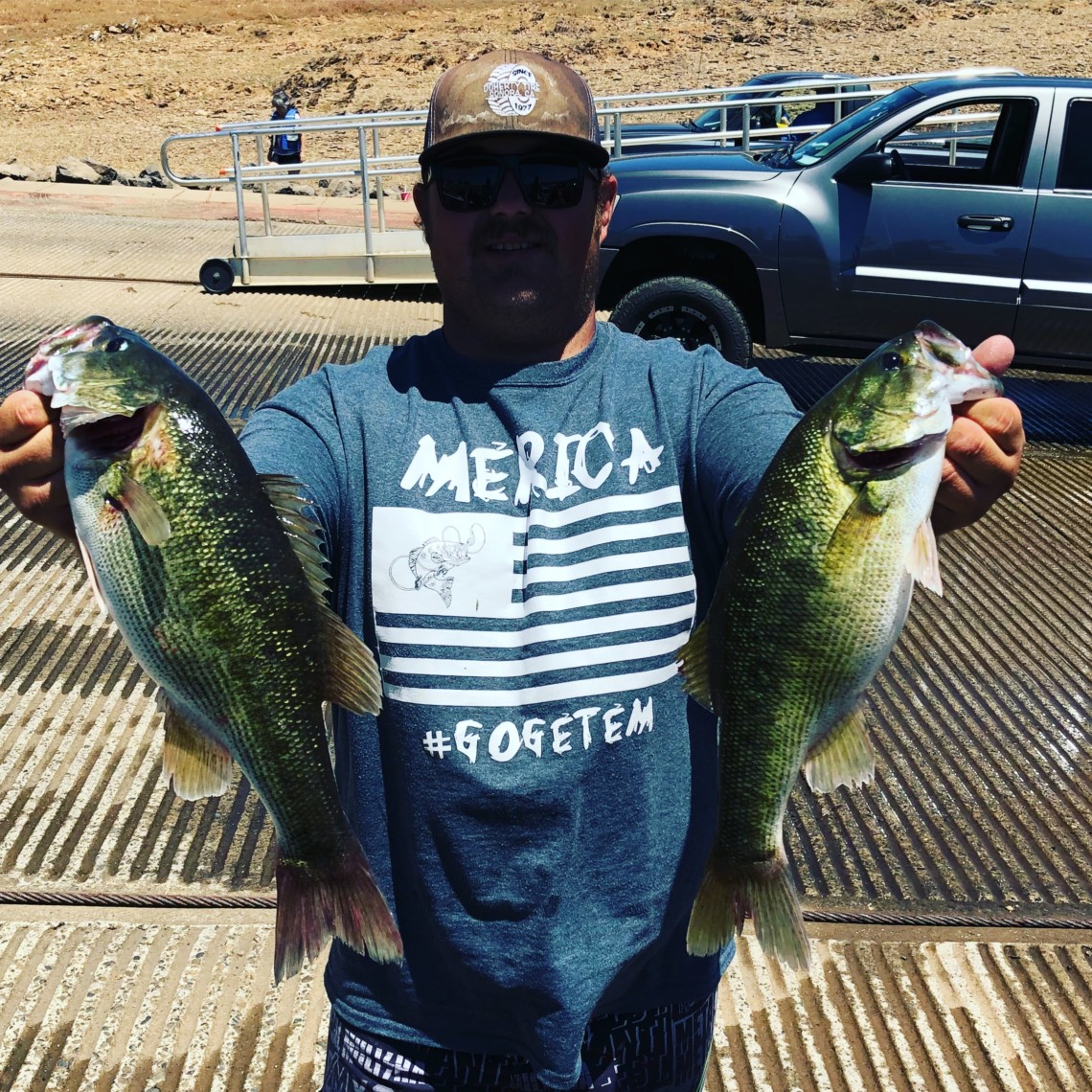 We thought the top water bite was going to turn off some point in the day and we were completely wrong, it lasted until we left at 5:30 pm. Most of the fish we caught on top water near the shore weren’t the ones we were lookin for but were still decent fun fish. Now when we moved out into about 15-20ft of water that’s when the quality of the fished improved. After a while of throwing top water I decided to try some finesse fishing with the Canopy Grenades Dart paired with a Biwaa Venum tail and the spotted bass couldn’t get enough. I caught my biggest fish of the day on finesse while my buddies were catching some big ones on top water still. 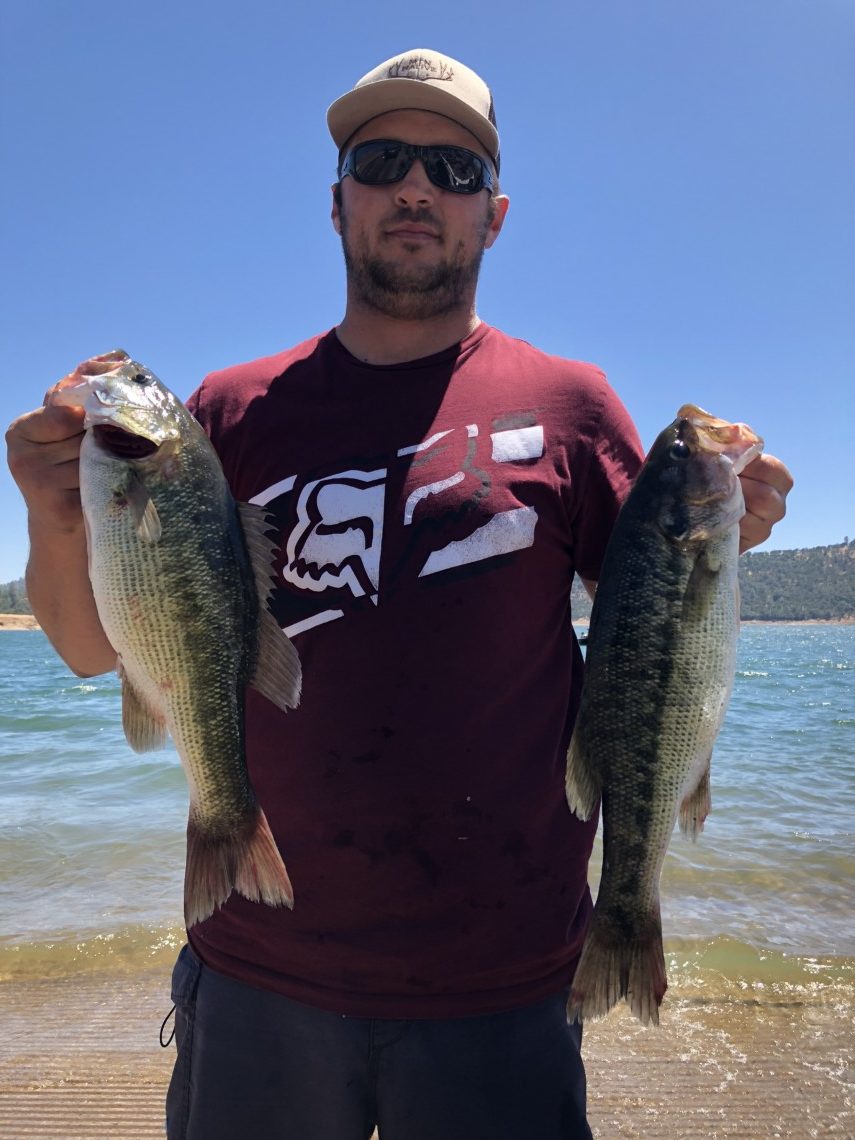 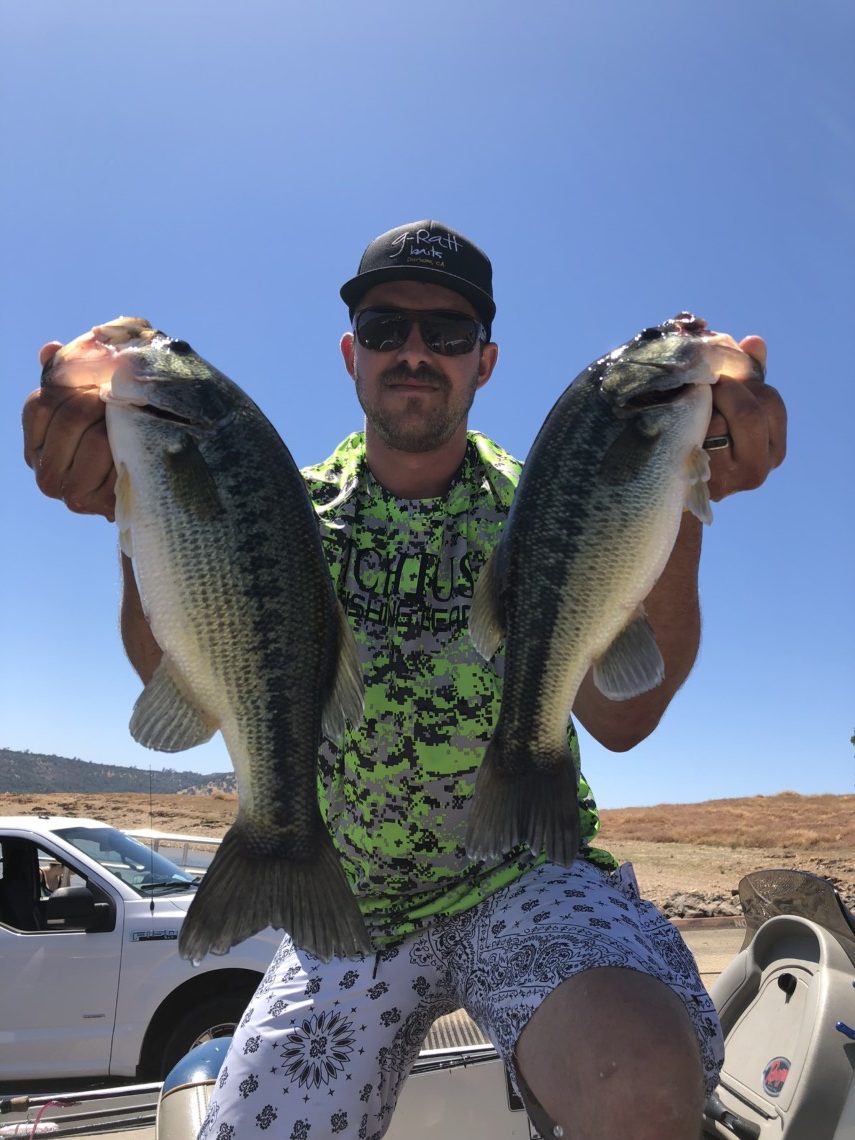 I also tied on the River2Sea S-Waver in rainbow trout color and had a lot of followers but none that wanted to commit so I switched back to finesse and top water and finished out the day. My self with my best 5 fish went for about 14lbs and I just couldn’t get that big bite that I was chasing even tho I missed about a 4 1/2 lb spot that definitely would of helped I had a blast and I recommend anyone looking to catch fish needs to go to Melones and throw top water because no matter the size of the fish it’s still fun.