Friday December 21,2018
Water temperature 55-59 degrees
Water clarify 10-14ft
Wind 2-8 mph NE
On Friday morning around 7:30 myself and Frankie Mendes launched the boat from Tuttle town and made a run north towards a spot he has near glory hole, when we pulled up to his spot it was still out of the water. We cruised around seeing if we could see anything on his helix 10 but no one was home. We jammed back down south to some spots i just had done alright throwing jigs. The bite was there but not for the jigs, Frankie started hammering them on the Neko rig in about 12-15ft if water and I didn’t want to tie on the neko so I continued to try and find those big jig eaters.
About 9o’clock we had 3 fish in the boat that went for probably 8lbs. We needed two good ones and than we wanted to start culling. We came up on some rock bluffs so I started to throw the River2sea S-waver 168 in Golden trout and wasn’t very successful, I had one follower that was probably about 5lbs but just couldn’t get it to commit. I tied on a Neko rig and caught 3 spotted bass about 2- 2 1/2 lbs in about 8ft of water. We trolled around for a while trying to find the bigger ones but we’re finding the same quality so we kicked it into high gear and started throwing big baits looking for those big bites. 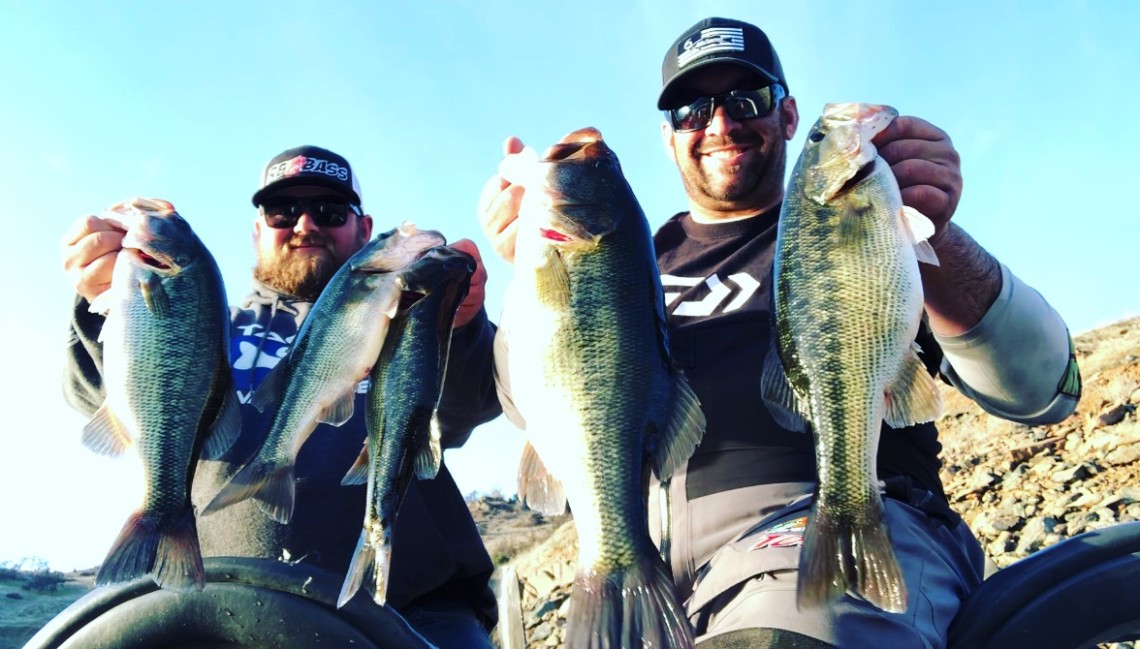 Frankie tied on a Huddleston deluxe 68 in the rainbow trout color and started slinging it. We would pull up to a point and I would throw the S-Waver one way and he would throw the hudd the other. About 6 cast in Frankie Hooked into his first Huddleston swimbaits fish in about 6ft of water that went for 5lbs. 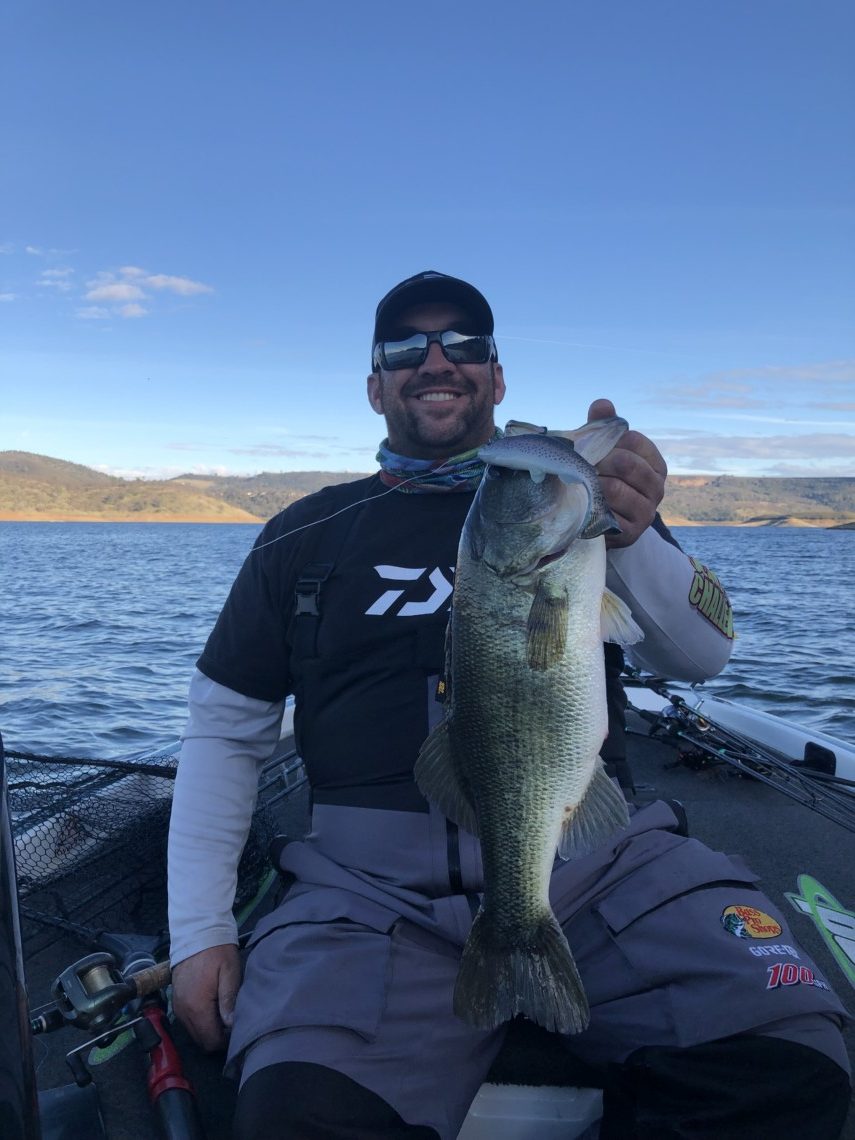 All together we had an awesome day on new Melones and ended it with about a 14lb bag but caught tons of fish and had tons of fun!!! If you want to go catch fish go throw finesse baits all day around 10-25 ft of water!
Thank you for reading