Water temp
Clarity: 1-3 ft
Conditions: partially cloudy
Lake level: rising daily
I had a blast over weekend on New Melones lake fishing the Future Pro Tour with Nick Lynch. It was the opener for the central division and had been shaping up to be a slug fest. The week of the event when conditions were identical to tournament day I was able to get out and prefish. It started out slow, I picked up a few small fish early throwing soft plastics. I eventually found a small school of shallow fish I hammered on almost every cast with soft plastic. I decided to see if I could get them to eat one of my confidence baits the River2sea S Waver. The S Waver also typically pulls fish with a bit more quality to them. First cast at the school and it got blasted by a 2lb spotted bass. 2nd cast again and so on. I quickly left those 2lb fish alone and began running that pattern all over the lake. It was immediately successful, the next fish I caught on it was an 8.75 lb spotted bass. That gave me the confidence to throw it the rest of the day. I found the hand full of fish that were coming after it were giant spotted bass. I only had about 15 bites on it throughout the day but they were tournament winning bites. I end prefish with a giant bag of all spotted bass. So as game day arrived I was confident in that pattern. If I could get even five of those bites I would have a great shot at winning. Our first spot was taken so I moved on to our second spot and boom 4lb spot on the S Waver! 2nd stop 2lber! Third spot taken so we moved on. Our key was to run as much water as humanly possible in 8hrs. If the fish were there and ready to eat they would, if not no point wasting time casting at fish that won’t bite. 4th stop of the day was were I realized something was changing. In practice they were eating the bait without hesitation and very few short strikes. On our 4th stop about ten feet from the boat an absolutely giant spotted bass came up on the S Waver! It short struck, and hooked up briefly before it was gone. We talked about it and collected our selfs and got right back to it. We continued it get short strikes and catch smaller fish. I believe due to boat traffic and pressure the larger fish started to pull out and hesitated to eat. We eventually got 2 more good bites on the S Waver throughout the day to push us up to what we weighted in, 18.18lbs taking second place. I threw the River2sea S Waver 168 in a baby bass color, and targeted shallow points, humps, and lay downs. I prefer to throw it the Falcon Bucoo micro rig rod, this is hands down the best rod I’ve found fit this application. The rod has a slower action and really slows down your hook set, witch is important on the S Waver of all sizes. I use 15lb fluorocarbon and a 7:1 ratio reel. All of the used items can be purchased at outdoorproshop.com. I hope this helps and good luck out there. 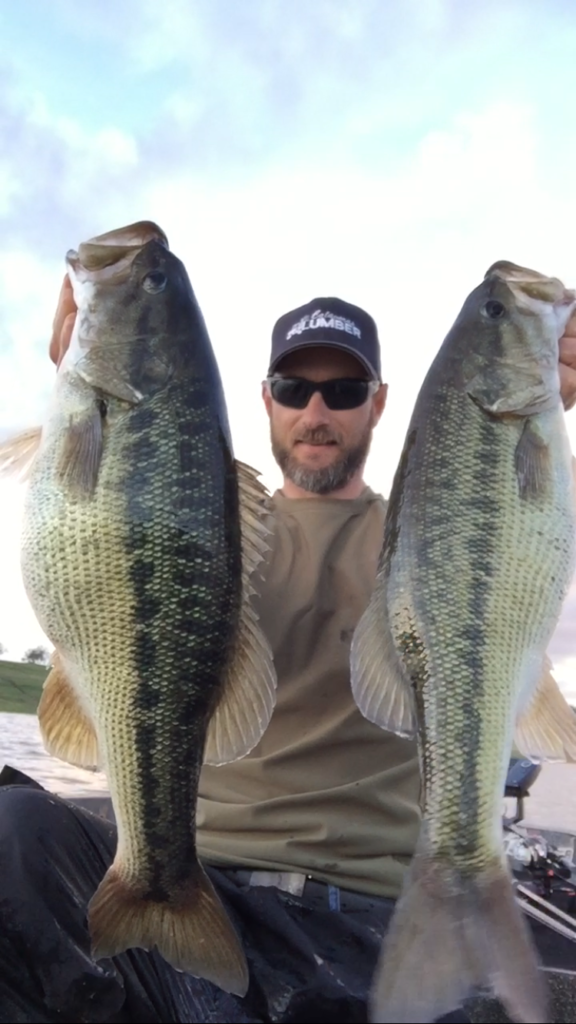 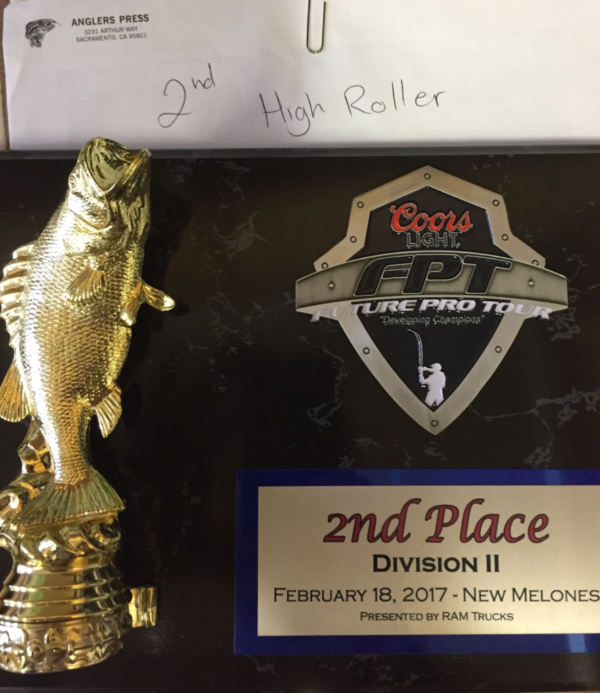