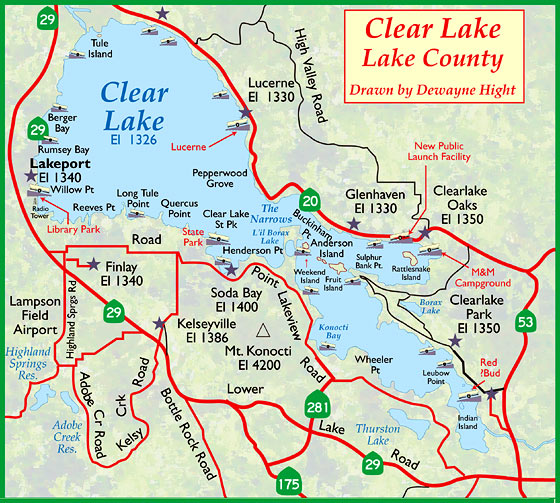 Right now Clear lake bass fishing is feast or famine. Some anglers are catching good sized bass but only getting 5-7 bites a day. At the same time many good anglers struggle to catch a single quality bass.  Recent tournaments have yeilded 23-27lb bags of fish per day. And other anglers have been left to scratch there heads with nothing in the live well. The current key factor is weed/grass beds and or ledges. Fish are being caught early in the day around grassy areas like the mouth to Rodman slough,Nice,Lucern and select areas in the south part of the lake including Konocti bay. Other areas with ledges may include midlake areas around Glenhaven,Shag Rock and Henderson Point.  The grassy areas are holding several kinds of baitfish such as ,small hitch,crappie,bluegill,baby bass and silverside minnows. This lake is alive with bait right now and this is making it tough to get the bass to bite. Many anglers reported catching fish on several tactics such as Chatter Baits,Swim baits,Rip baits,Spooks,Frogs,Crank baits,and rattle traps. Very few anglers are catching bass on plastics or jigs,but a few flip fish were reported.