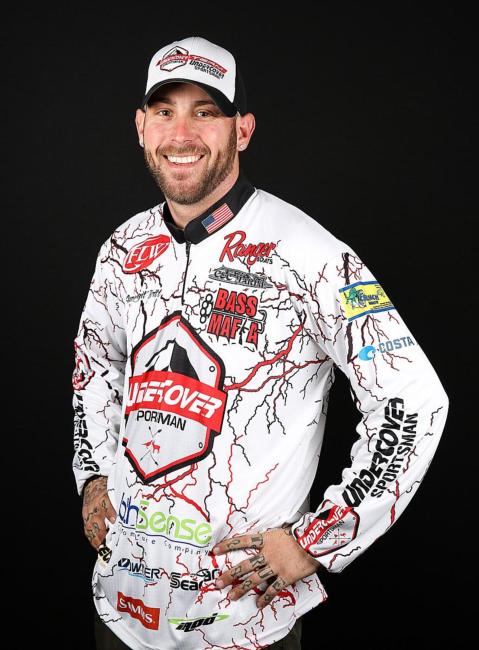 Northern California and FLW Touring Pro Aaron Britt sat down with Michael Coleman of RBBASS to give some insight on his rookie year on the FLW Tour.

Leaving California to go back East to fish the FLW Tour was something that I have been dreaming about for a long time. The biggest shock for me was fishing unfamiliar bodies of water and learning how to figure out how to catch fish on water that was much larger than what I was use to fishing back home in Cali. Some of the lakes on tour seem to be 10 times larger than my home lakes, which meant I had to learn on the fly. I knew where and how to catch fish on my home waters and had to learn how to transfer my skills to the lakes on the schedule.

The main technique I used at home and that I utilized to catch fish on tour was throwing swimbaits, specifically a Keitech. Throwing swimbaits is something that I love to do back home and could continue to fish at each tour event. The Keitech rigged several ways was what I really keyed on and that worked on pretty much all the bodies of water I fished.

Another technique I love is deep cranking, which I was really looking forward to doing on tour, but the time of year and bodies of water that were on the schedule did not really set up for it this year. We just did not hit the deep cranking window at the right time. I wanted to use that technique but you must let the season, water, weather conditions and most importantly the fish tell you what’s going to work.

Beaver Lake was another body of water that reminded me of my home lakes. It set up like Oroville and Shasta, which all have deep clear water, clay banks, rocks and lay downs. Beaver really reminded me a lot of a few lakes in California.

Traveling for the FLW Tour is something I expected because fishing at this level is something that I have strived for and wanted to do ever since I understood what fishing was all about. Being on the road, hitting new bodies of water and fishing at a high level. Fishing against this caliber of anglers was actually not as overwhelming as I thought it would of or should have been. I think because I have been doing this for a long time and in my own head, I thought I could get out there and compete at this level. Since I was a rookie on tour and could not really know what to expect, anglers like Zach Birge and Jordan Osborne that have been doing this for a couple years now, took me under their wing and showed me the ropes. I could take the information they shared from experience to help me figure everything out as I went along. Once there, I really felt like I belonged there from day one. Being able to do well on Lake Guntersville after day 1 really helped solidify those feelings as I could complete against some guys that had been fishing that lake for all their lives and had more experience on that body of water than I did.

Making the FLW Cup… Once I knew I was going to the cup, I told myself I was going to win. That is always what I tell myself – I’m going to win! That’s how I always go out to fish. The cup was a humbling one for sure. Being surrounded by the caliber of fisherman and having everything taken care of so well all week was very humbling.

What was surprising for me was practice because it was so brutal. The very first spot I checked in practice is what I had to rely on for the tournament. If you would have told me I would have made the top 10 after the practice I had, I would have told you that you were crazy… But I made it!

I wanted to get into the stadium and get introduced to everybody. Twenty thousand people in the crowd and the music, it was something that I have imagined and pictured for a long time. I visualize the moments when I’m on stage, holding the trophy and talking to Chris Jones and I tell myself that I’m here for a reason and you’ve put everything into this and it’s what you’ve always wanted. I continuously tell myself these things and I get very emotional about it because I’ve wanted it for so long.

Make the FLW CUP in my rookie year and make a top 10 fishing against the best guys in the world, if that does not make you feel like you want it, then I don’t know what will.

This year was a lot of fun and I can’t wait to get back out there and utilize some of the things I’ve learned this year. I’m looking forward to getting back out there.

Aaron wanted to give a special thanks to his family and parents. “They are the backbone of what I do and without them it’s not possible. They are truly my inspiration”.