You are here: Home / Tackle Box / Remembering Some Old Lures #3 by Mike Rogers

In this 3rd installment of “old lures”, Mike shares info on  The Fish Getter, The Mud Puppy and Potter Baits Duz Biz.

If you search further through old tackle boxes, and I love going through them, you might find a lure that looks like a Mepps, Blue Fox, or a Panther Martin, and it could turn out to be a 1920’s “Fish Getter”! This lure was made by August Frederick Schnell (yup that Schnell). The lure is actually ugly looking compared to the good looking boxes they were sold in. This is lure has a nickel plated body and sports a weedless hook and a spinner similar to the lure mentioned above. Al Foss made a similar lure around the same time.  As it turns out Schnell was a tool and die maker, as well as a teacher. This lure caught on for some time and as you know copied by many. 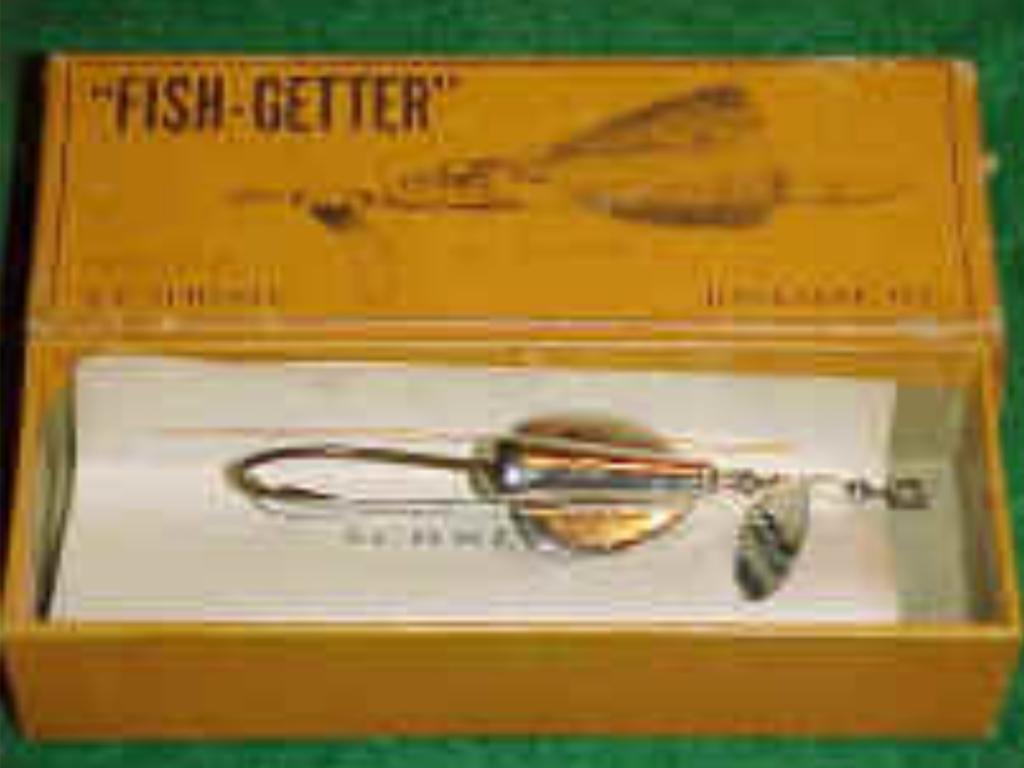 The next lure is the infamous “MudPuppy”! It is one ugly lure but a fish catching machine. Constance Roberts, of Mosinee, Wisconsin started making this lure back in the 1920’s as well, and didn‘t get the patent until late 1928. The glass eyed version lasted until well into the 1930’s and originally came with a detachable hook that allowed the lure body to break from those monster Muskies, but the hook to remain holding fast to the fish. These have been used for all types of species! Interesting concept. 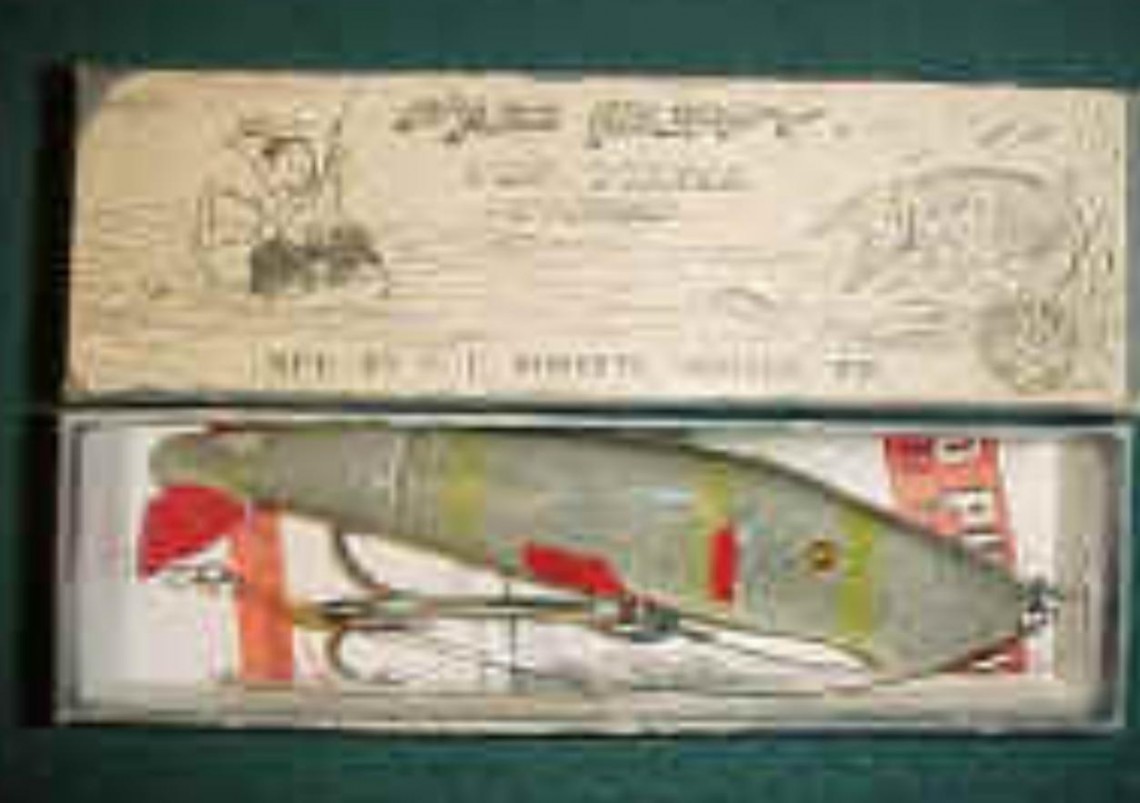 The third lure is called the Duz Biz, made by the Porter Bait Company of Daytona, Florida. It was active in the 1940’s and 1950’s. The Porter Bait Company was a popular maker of wooden bass and even saltwater baits. They often came in very attractive black boxes. As you can see, this lure resembles a Lucky 13 by Heddon Lures, even looks like a popper is use today. Note the unique target paintjob used for eyes, which also appears on the belly of other Porter Lures. 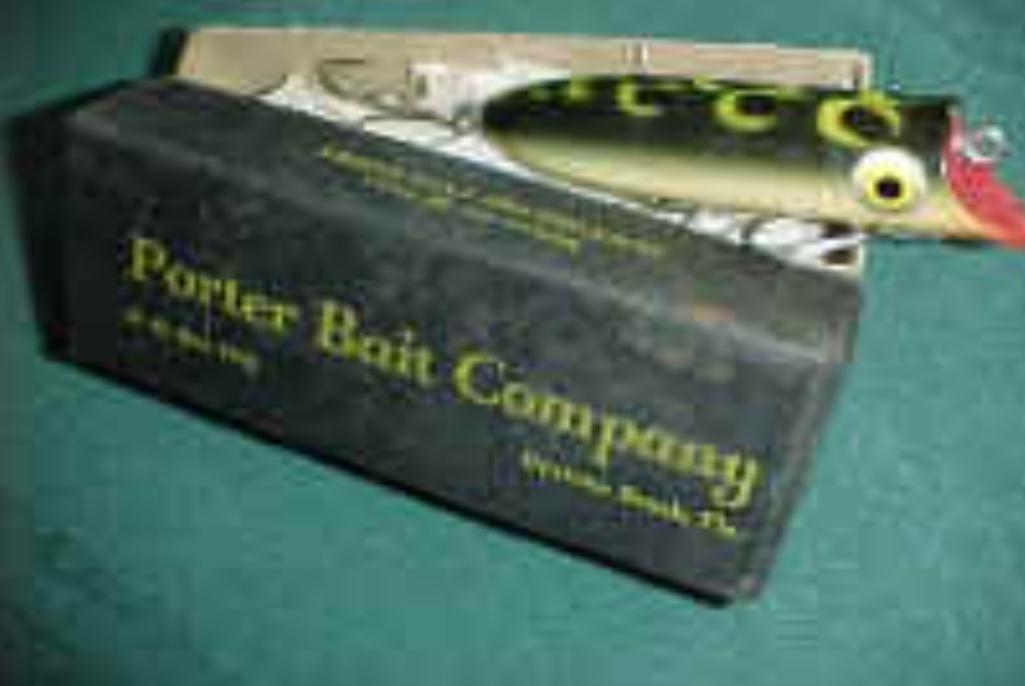 If you find any of these, don’t forget to check out their value on line, and promote your sport…go take a kid fishing.