You are here: Home / Bass Fishing News / Stephen “Bub” Tosh wins on the Delta with 38.58 pounds

Stephen “Bub” Tosh wins on the Delta with 38.58 pounds 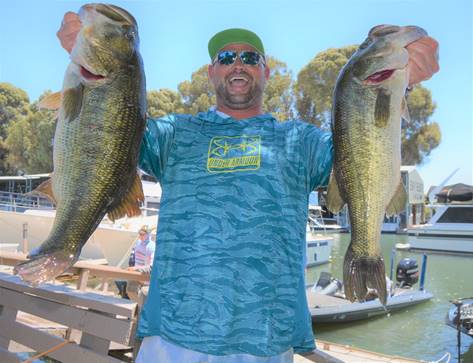 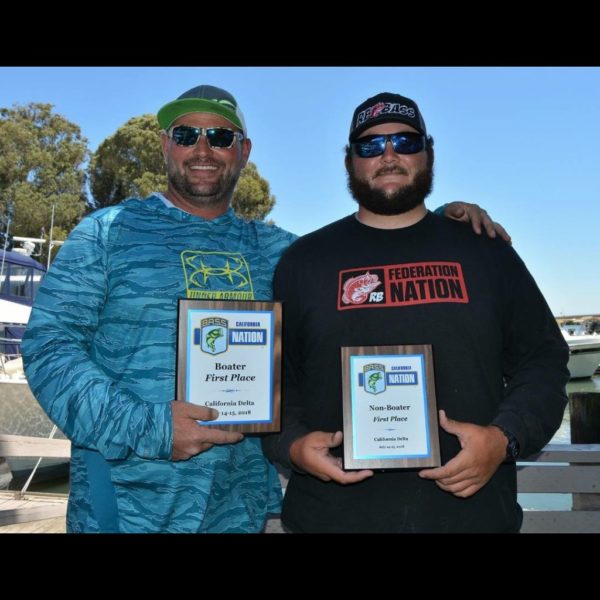 ISLETON, Calif. — Stephen “Bub” Tosh of Modesto won the 2018 California B.A.S.S. Nation Qualifier 3 on
the California Delta by more than 2 pounds in the July 14-15 tournament. He ended with 38.58 pounds
over Charles Cornelison of RB Bass Federation Nation, who finished in second with 36.38 pounds. 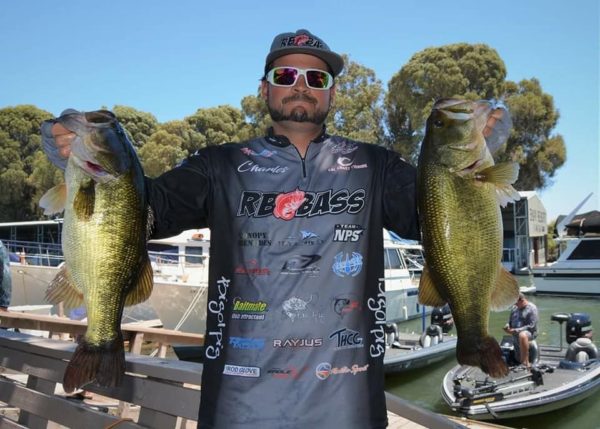 Tosh, who is a member of Valley Bass, knows the Delta inside and out, having fished it for 20 years. He
loves fishing the Delta so much that he has designed his own lures to fish it, and he used them to win
this tournament.
One of his lures, a Transporter Frog made his own company, Paycheck Baits, caught Tosh’s biggest fish, a
9.10-pounder. “It’s a combination frog,” he says. “It’s got a popper mouth, and the angle of the line tie
​hooks the bass in the roof of the mouth instead of on the side. It’s the color of a bullfrog, with a white
belly and some yellow under the chin. It walks and pops, and the triangle weight instead of a circle
weight improves your hookup ratio.”
Because of the high winds and tides, it was hard for Tosh to find mats. “I got as far away as I could from
the central area of the Delta, and I found a couple of small areas in cleaner areas. I went to a public
community hole where there were two other boats, and I saw frog tracks in the slime. I found one mat
that had a piece of wood under it, and I threw the Transporter Frog. On the third cast, about 6 inches
from the end of the mat, the bass hit. It went off like a nuclear bomb!”
The rest of the bass Tosh brought in came on a lure he designed for Yamamoto called the Sanshouo. The
creature bait resembles the sculpins and gobies that make up the #1 food source for Delta bass. “It glides
really good,” says Tosh. “It catches ’em everywhere.”
Winning this tournament qualifies Tosh, a former FLW Tour angler, for the 2019 California B.A.S.S. Nation
State Team. He’ll compete in the 2019 B.A.S.S. Western Regional, and if he beats the other California
anglers there, he’ll qualify for the 2019 B.A.S.S. Nation Championship. The Top 3 there advance to the
2020 Bassmaster Classic. “This win is really special,” says Tosh. “It puts me just a couple tournaments
away from the Classic.”
Tim Meeks of the RB Bass Federation Nation won the nonboater division of the tournament, and he will
join Tosh on the 2019 California B.A.S.S. Nation State Team. Meeks won the nonboater side by nearly 4
pounds over Josh Needleman of the Sacramento Bass Trackers. 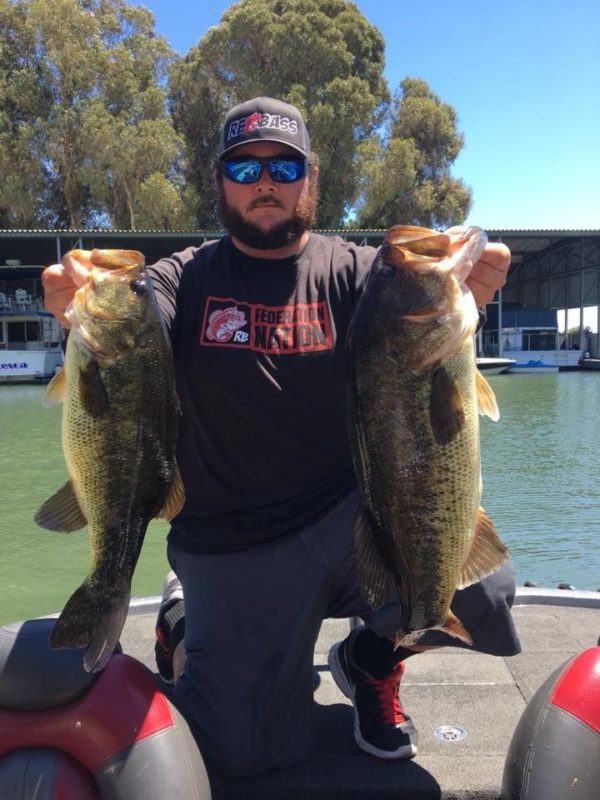 Jason Hemminger of Ventura County Bass Club caught the biggest bass of the tournament, a 10.33-
pounder. 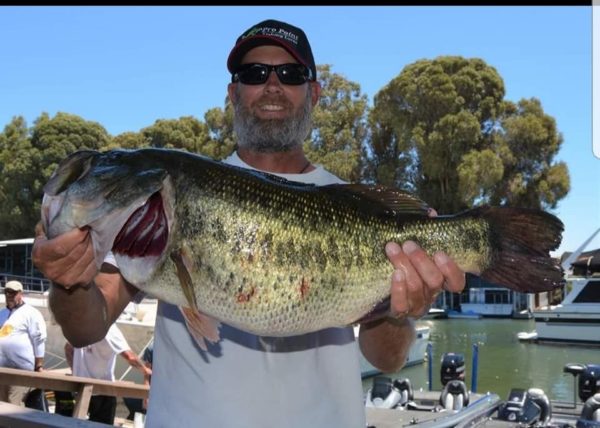 Tosh and Meeks join Taylor Parsons, Kenneth Cleveland, John Steinhilber and Jim McLaughlin on the
State Team, all of whom qualified by winning qualifiers earlier in the season. The winning boater and
nonboater of the last two qualifiers in 2018 will also join the team, and the remaining 12 spots will be
filled by the top points finishers. The next tournament is Sept. 15-16 on New Hogan Lake.
To be eligible to compete, each angler must be a member of a B.A.S.S. Nation-affiliated club. To find a
club in your area, contact Chief Mark Torrez, California B.A.S.S. Nation president, at (805) 233-0883, or
visit
www.calbn.com 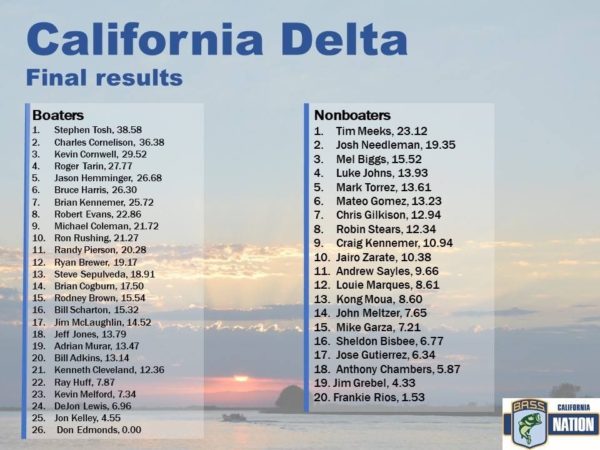