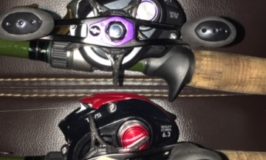 I have spent the past several months testing Daiwa’s new Tatula SV reels. I have many and in different speeds including the 7.3 to and 8.1 to 1. I had been in the market for some new reels and had tried several, but had not found what I was looking for, until now. Some of […]