Zach Elrite wins the Shootout at Lake Shasta! Zach came to the scales with over 23lbs of Lake Shasta Spotted Bass and earns a Big Pro win at the first ever Wild West Pro/Am held in California. The win was worth $19,500 with the 100% plus payback. This wasn’t easy Zach had to beat out 129 other Pro Anglers all with impressive Angler resumes. Make no Mistake Zach has been working hard for years in the Fishing Industry with many companies in his promotional efforts. This Angler has put in his time and it has paid off Big! Congrats to Zach Elrite on your Big Win! Zachs sponsors include D&M Custom Baits, Coyote Tackle, Freedom Tackle, Dobyns Rods, Lews Reels, Undercover Sportsman, Dude Wipes and River2Sea. 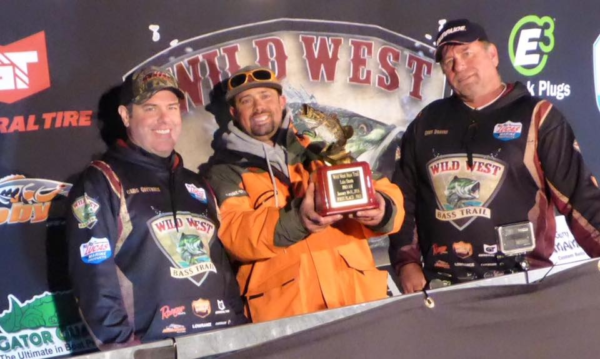 Lets not forget this is a Pro-Am and without Co-Anglers we cant have this kind of event. Tim Wells caught over 21Lbs of Lake Shasta Spotted Bass from the back of the boat and took home a check for  $6500 for his efforts. Co-Anglers fish each day with a different Pro in this 2 day event. They must catch their own fish in this non shared weight style of event. Lets not forget this was all done with no NET! Congrats Tim on your big Co-Angler win! 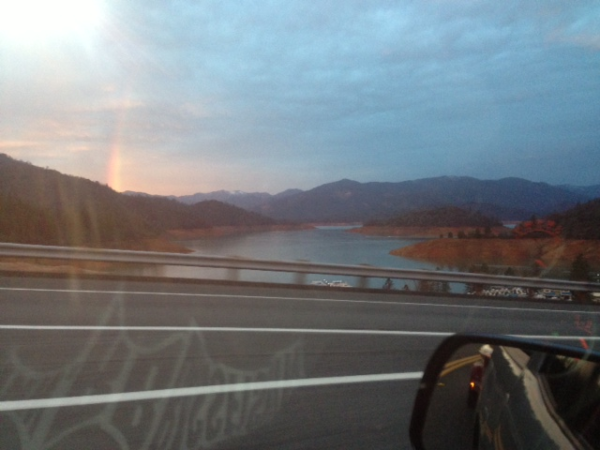 Wild West Bass Trail has a 10 day off limits rule. The first official day of practice started off with Partly Clouds Skies and a Rainbow with a Pot of Gold at the end of it. Wild West Bass Trail would payout over $135,000.00 at this event and not even the next 2 days of Rain could put a Damper on that! 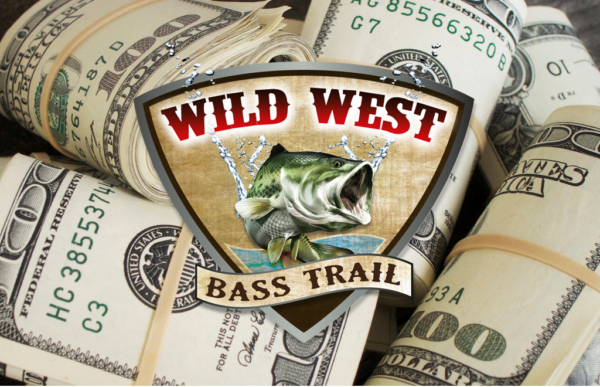 Red Lion of Redding California was the Host Hotel of this Big Event. Anglers had special room rates and Extra Security to make sure Anglers Trucks and Boats were safe at Night. The rooms had plenty of space , easy access for power and if you had a downstairs room you could walk out of your patio right to your truck and boat. With easy access to Food, Fuel, and other amenities.

The event all Started with the Pre-Event Meeting at the Red lion. Tournament Director Jason Bubier presented the Anglers will very detailed information and Rules about the event. The Red Lion Served Dinner to over 240 Tournament Bass Anglers. The food was good and the Anglers were all eager to get it on! 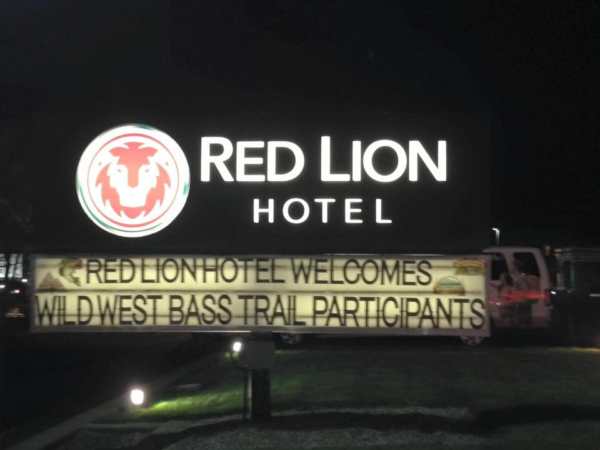 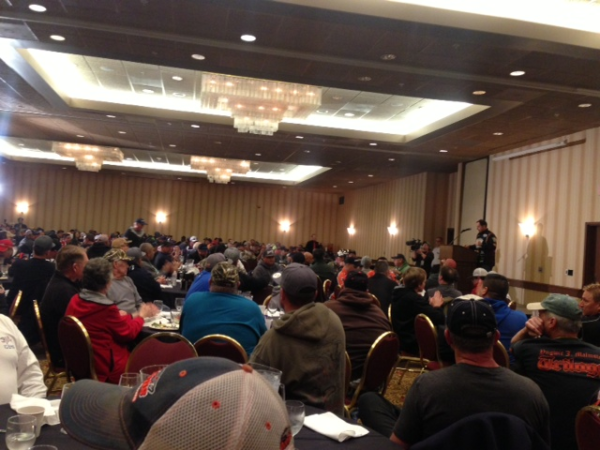 Anglers Would cross the stage with Hopes to Cash in on this big Purse! 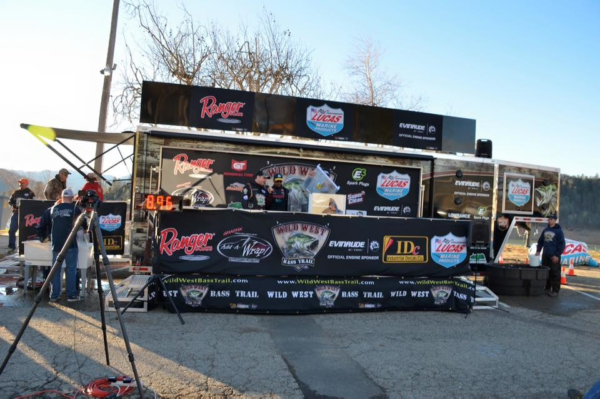 Ranger Boats and Evinrude were in the West at Lake Shasta! 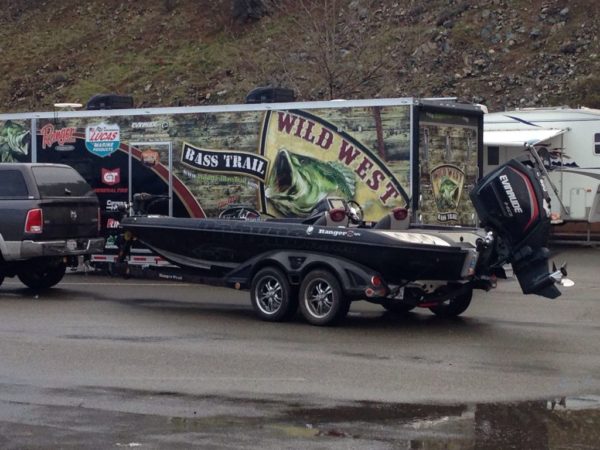 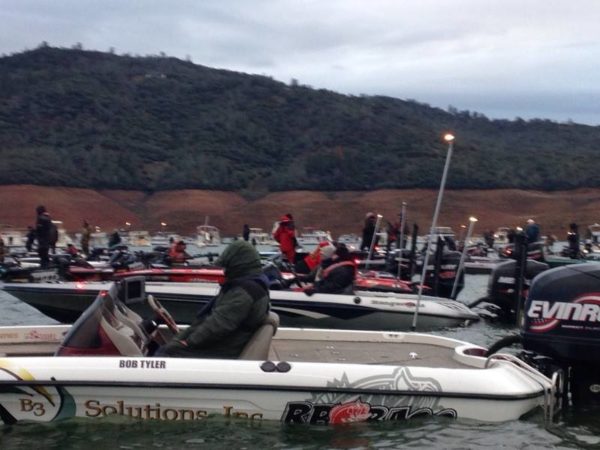 Champion Zach Elrite Pictured with Keith Trip of Ranger Boats. Ranger Boats stepped up big and paid all late fees for any Co-Anglers in this event! What a creative Idea and a Fantastic way for a leading Boat maker to support our Sport! 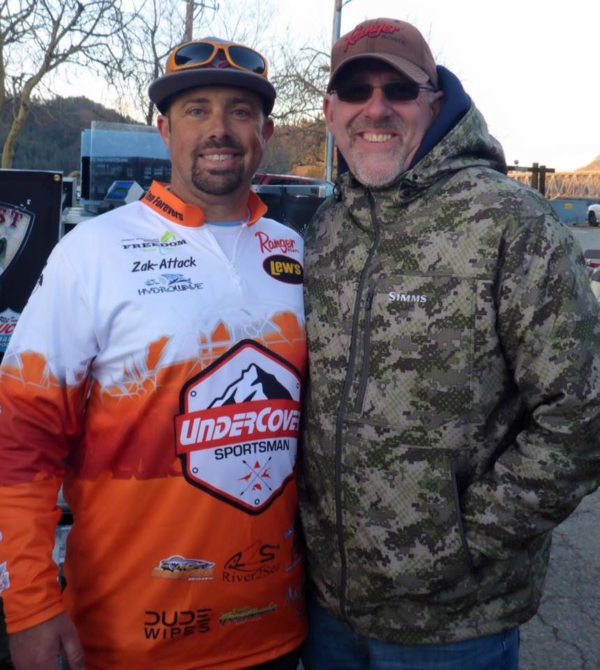 By the time weigh ins started there was quite a crowd starting to form at the top of the hill ay Bridge Bay Resort. 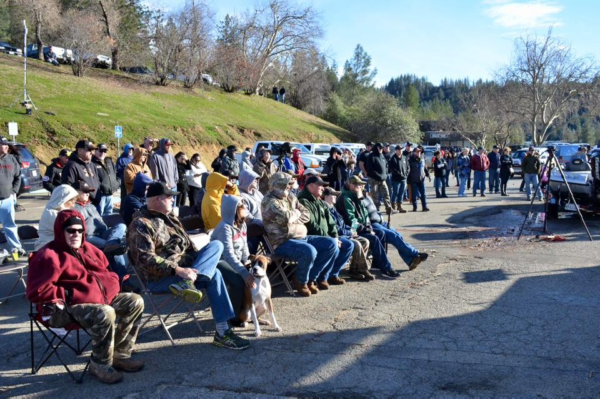 Anglers were shuttled up the Hill from the folks at Redding Yamaha. 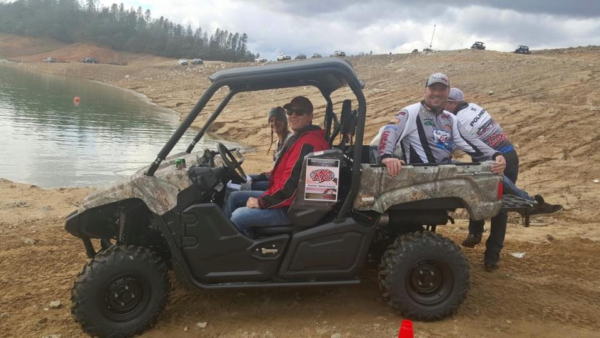 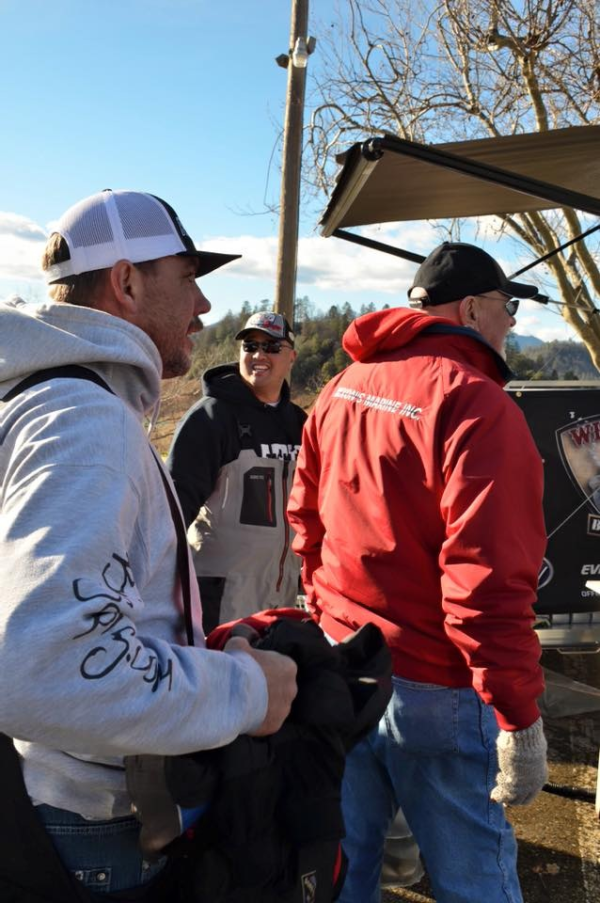 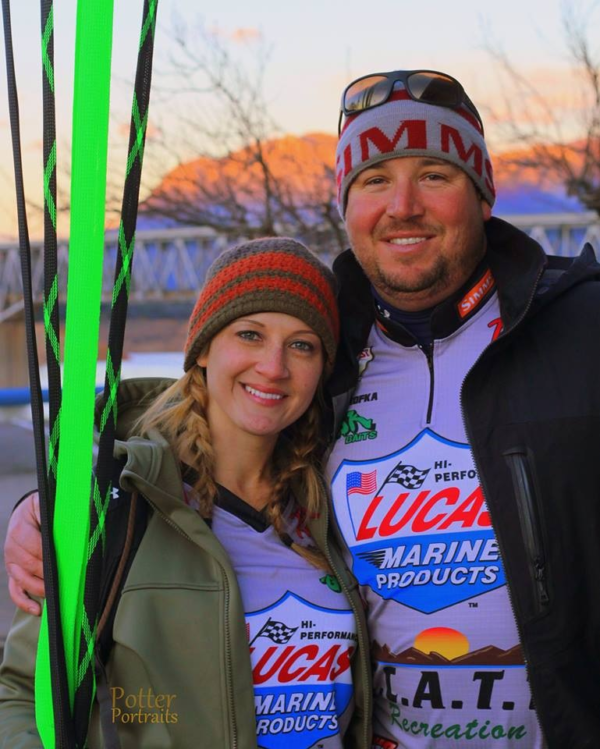 Lucas Oil gave Anglers a Gallon of Oil for their participation. This was in addition to the Raffle money they gave to Dan Wells of Chico Ca, for providing his Receipt copy of $50 of Lucas Oil Products. Dan was the Lucky winner of $1000.00!

Anglers rush to get their boats wrapped in time for this Big event. 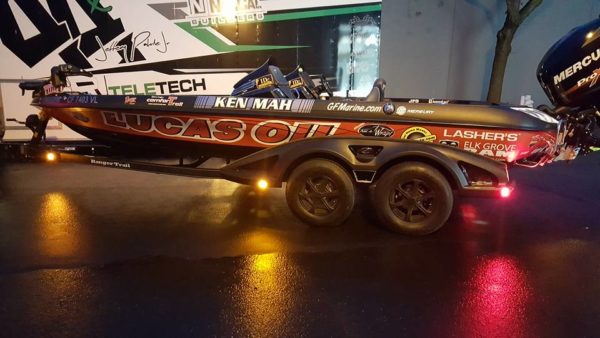 Ken Mah talks to the Camera man on his way to go for the Win! 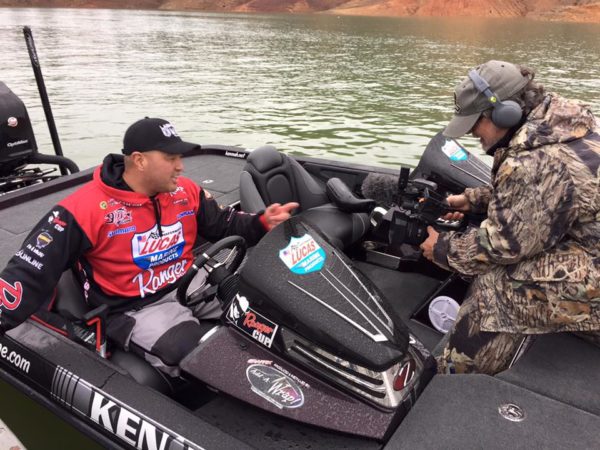 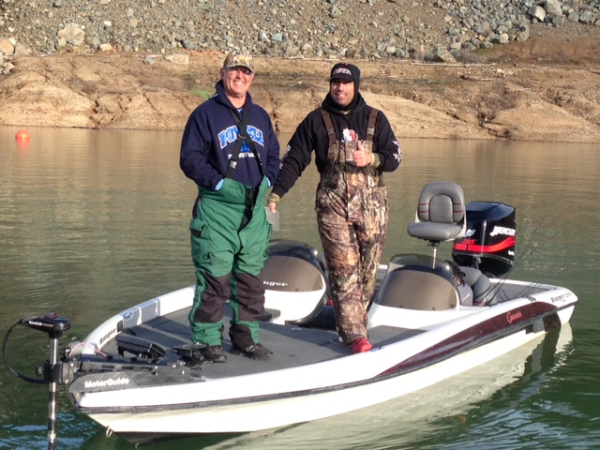 Anglers stack up eager for a chance at Big Money at the Wild West Bass Trail. 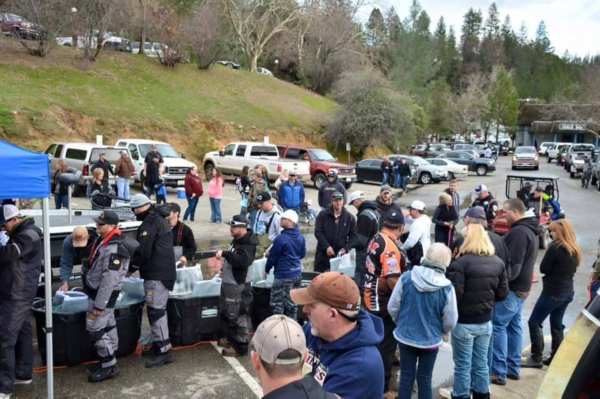 Richard Dobyns Tips his hat at the Scales. 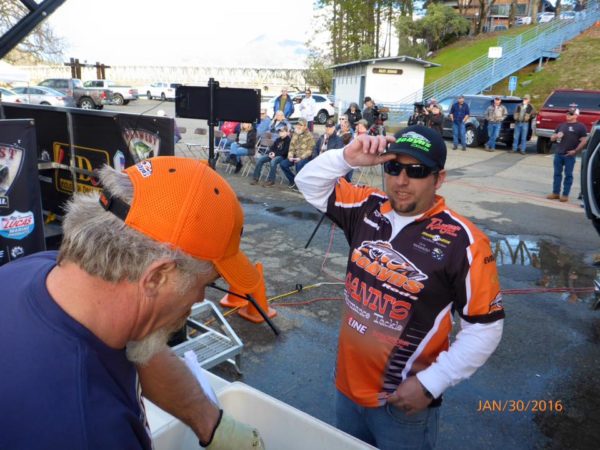 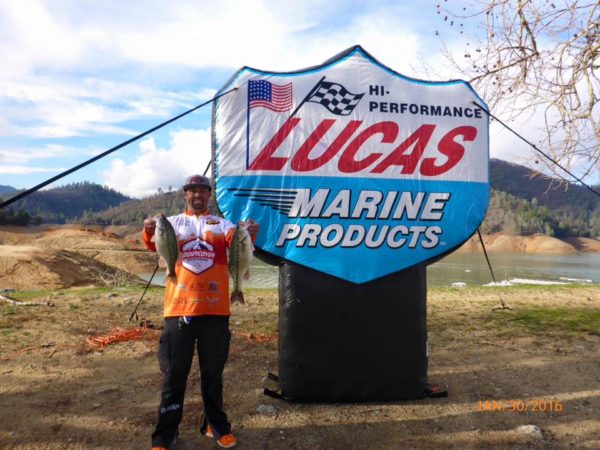