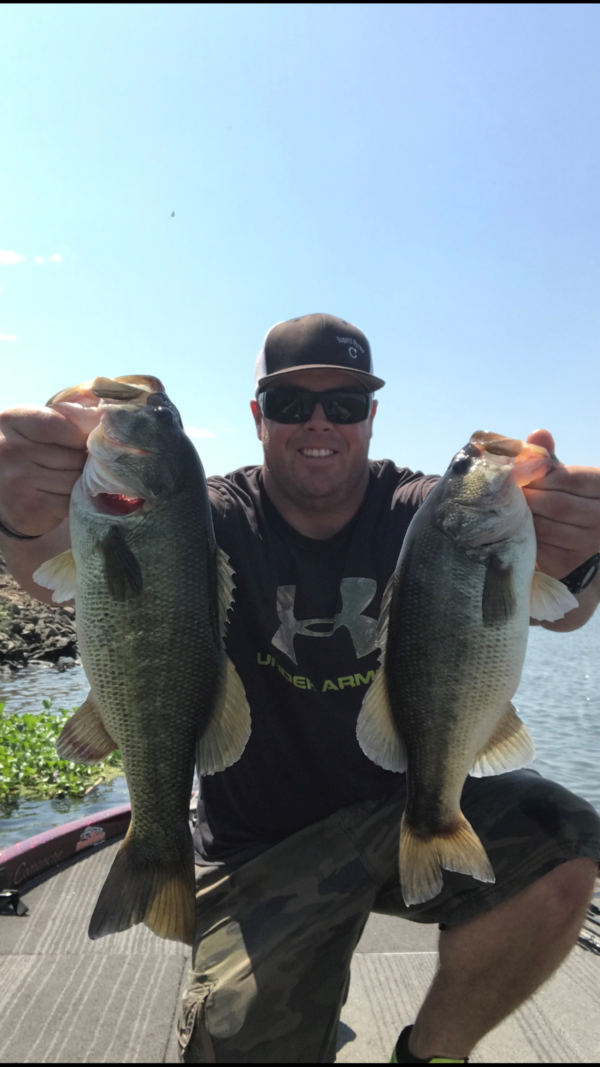 Date: August 22,2017
Location: California Delta
Tide: outgoing
Wind: WSW 2-4 mph
Air temperature: 68-94
Water temperature: 77-82
Water clarity: 1-4 feet
Water depth: 4-12 feet
On August 22, 2017 I decided to fish the California delta. It was exactly one week ago from my last trip and I wanted to expand on my previous findings which were quality fish in deep grass flats. The drop shot was my bait of choice for targeting  those fish, and that technique produced several quality fish up to 3 1/2 pounds.
After launching my boat a ran North about ten minutes to the same area I left off the week prior. The tide was still fairly high making the weed line invisible. Luckily I marked each individual weed line with a way point on my Lowrance hds 12 unit. I started flipping my drop shot and slowly working it through the weeds. I caught approximately twenty-five fish in the first two hours of fishing. The same quality fish up to 3 1/2 pounds were present and they were feeding heavily on my MM3 robo worms.
With the tide approximately half way out I could see the well defined grass line which encompassed the tulle islands I was fishing. I was thankful for catching the amount of fish I was, but I felt like the big bite wasn’t going to happen. The area I was fishing traditionally has been a big fish area for me, however after catching as many fish as I had, I felt like the spot wasn’t going to produce a big bite. Instead of wasting time over thinking the situation I continued to fish. I flipped my drop shot out and a fish thumped it on the fall. I set the hook and the fish darted towards deep water. I turned the fish back towards the boat and I flipped it up onto the deck. Just another three pounder I thought to myself until I discovered what my fish had spit up. The fish I caught spit up a bright red crawfish which was rather large in size. I released the fish back into the water and picked up my jig rod.
I tied on a 1/2 ounce TNT Baits wada jig in a black/red pattern. Those of you who are not familiar with the TNT Baits wada jig, it’s a custom hand tied jig designed by California delta legend Andy Cuccia. In my opinion it’s the premier jig for the California delta.
I flipped my jig on the exterior of the grass and popped it twice back towards the boat. I felt the notorious tick tick of my fishing line which made me swing the hammer on a nice 5 1/2 pound bass. I flipped my jig out again sticking a 4 1/2 pounder. I fished down the bank further and came to an area where lots of logs were sticking up out of the mud. The tide was three quarters of the way out and I was almost out of time. I flipped my jig out and just felt dead weight on the other end of it. I reeled down and swung for the fences hearing the infamous sound of my line snapping. Its unknown what size fish compromised my 20# fluorocarbon line, however I did see a 7+ pounder jump twice right next to my boat immediately after.
Like, comment, subscribe to RB bass. Feel free to contact me with any questions regarding this report. My email address is bigbasssniper85@gmail.com.