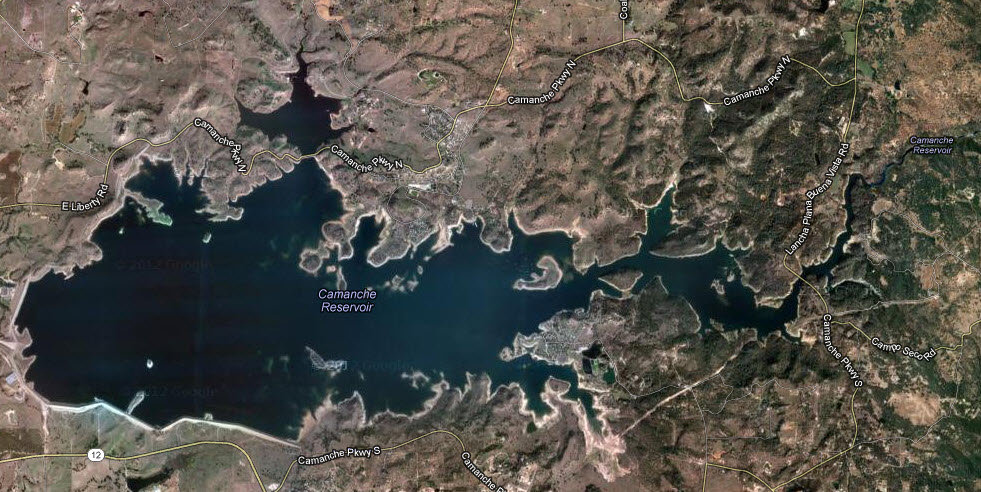 Date: 11/17/17
Location: Lake Camanche
Water temperature: 60-64
Water clarity: 1′-10′
Air temperature: 65 degrees
Wind direction/speed: Southwest 5 mph
Moon phase: New moon, visibility 1%
On 11/17/17 my good friend Dominick Mohomades and I, decided to do a little prefishing for the upcoming tournament at Lake Camanche. We launched my boat shortly after safe light and ran west towards the dam.  Dominick and I have only fished Lake Camanche a handful of times so we needed to break down the lake to try and find the correct pattern to be successful. I like starting out near the dam or spillway of any new body of water because typically it’s the deepest part of the lake and I’ve found that these areas always hold fish. 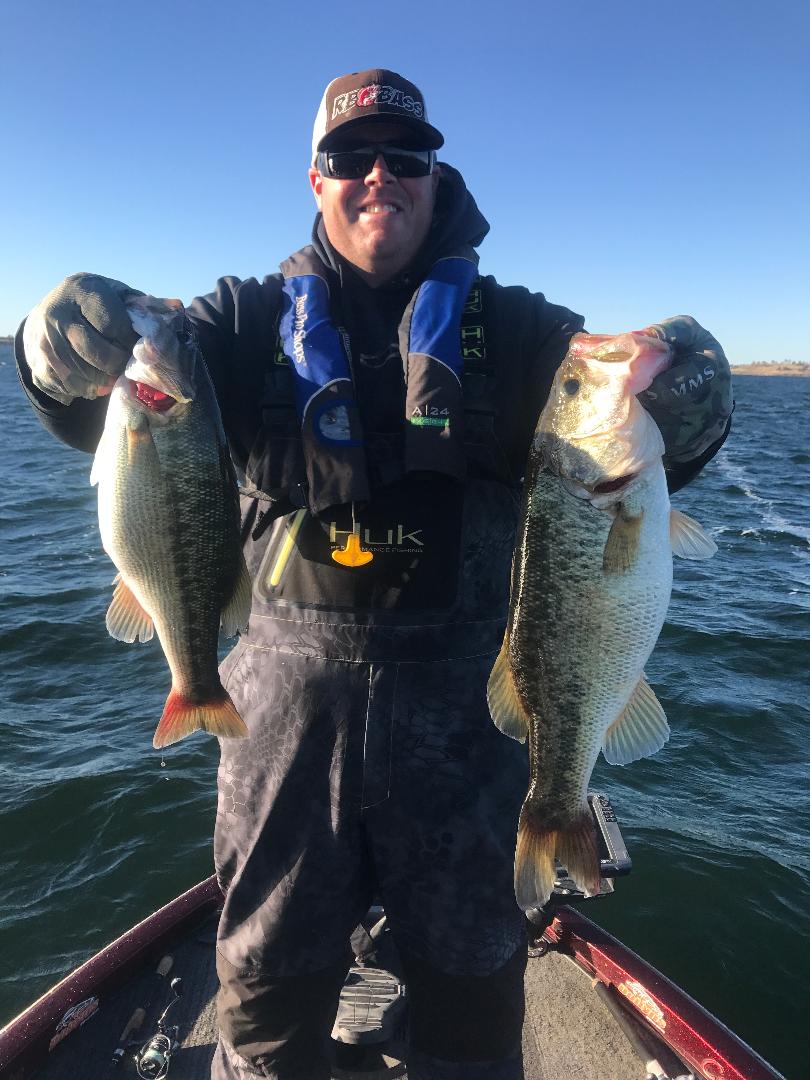 I started graphing in twelve foot of water following the contours of the lake with my navionics hot maps. My Lowrance HDS 12 touch screen graph was showing little to no life at that depth. I noticed there were lots of flats and gradually descending points out towards the middle of the lake. I started seeing lots of bait in twenty to thirty foot of water but I wasn’t seeing any bass feeding on them. It appeared the bass were pinned to the bottom and not feeding yet.
After spending the first hour of daylight graphing with little to know signs of life, we decided to try and force feed the bass we located on the graph. I could see brush piles and large rocks in about twenty-five feet of water. We started off lowering our TNT Baits football jigs straight down to the fish on the graph. We caught one small spotted bass and had another one come off after a short strike. We fished this spot for approximately an hour until the bait fish disappeared from the graph.
I located several other spots with similar ingredients, and we caught several small fish at those locations. Catching lots of small fish is fun but we knew this was no where near the potential for this lake. With this in mind we ran to the other side of the lake towards the narrows. I noticed on this side of the lake there were less flats, more rocks, and the contours were more drastic.  I started marking large bait balls with active fish feeding on them. The target depth was 25-30 foot of water.
I tied on a TNT Baits 1/2 ounce watermelon candy football head jig, and casted it as far as I could parallel with a drastic contour. I free spooled my reel until my line came to rest indicating my jig was resting on the bottom. With my rod tip, I walked my jig slowly through the rocks. After several casts without a bite, and the graph lit up like a Christmas tree, I started to get frustrated. Dominick being more optimistic then I, continued to cast with little to no signs of frustration.
I put down my jig rod and picked up my drop shot. Good ole 4″ robo worm in Aaron’s Magic should get them to bite, right? This technique produced a couple small fish and Dominick was catching fish on a ned rig but the size was still lacking. During this time the graph was still showing signs of life so there was no reason to chase unicorns so to speak. “The jig should get bit, and it should produce a bigger bite” I stated out loud as I tossed another cast with my football head. 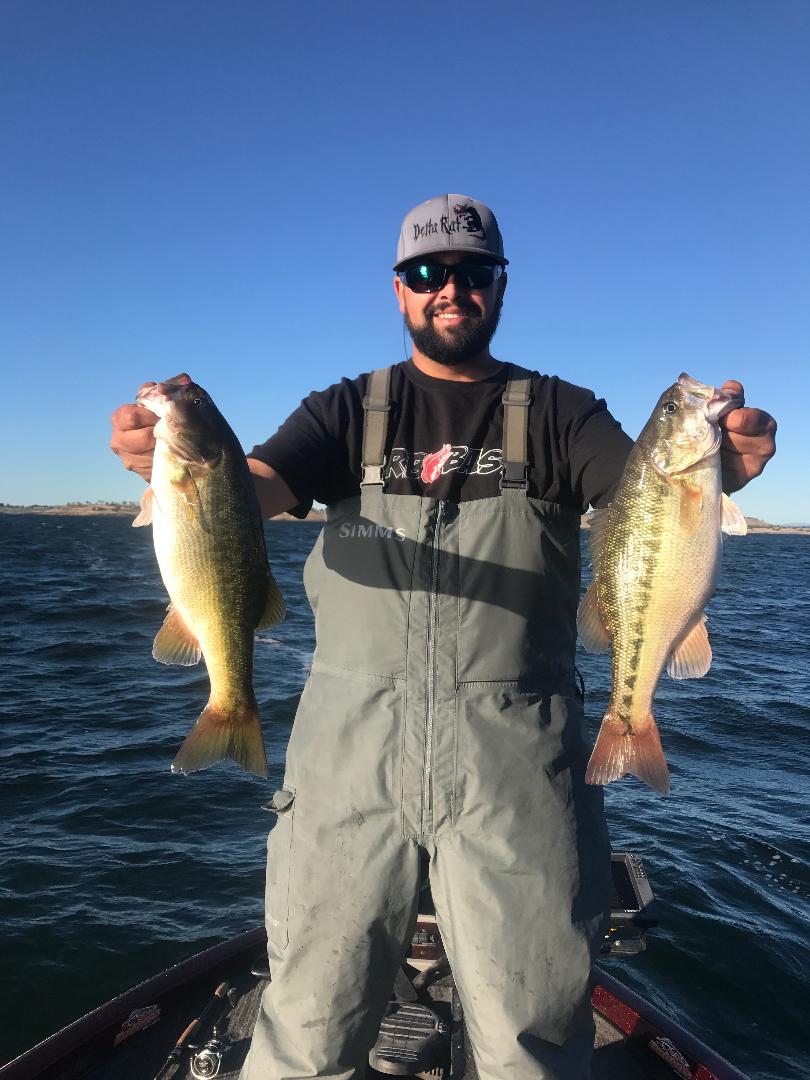 My jig settled on the bottom and I attempted a more aggressive retrieval. I started popping my jig through the rocks two to three pops at a time, moving the jig two to three feet consecutively. I immediately hooked up with a solid three pound spot followed by a five pound largemouth. Dominick stuck two three pounders and I finished out our limit with an additional three and a half pounder. Our best five went just under eighteen pounds.
All and all it was a lot of fun learning a new body of water, catching a lot of fish, and putting together a nice bag right before our tournament. If you have any questions regarding this article please feel free to contact me at bigbasssniper85@gmail.com or Facebook message me at Sick For It Guide Service. 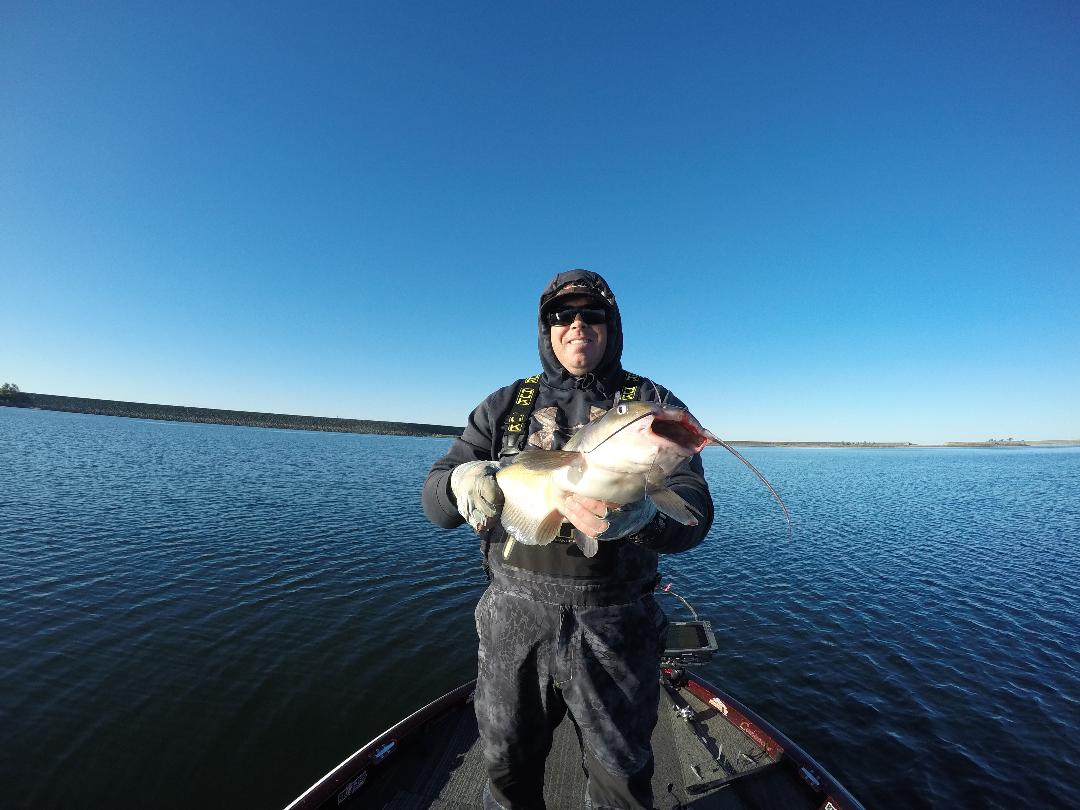 You like RB Bass? Check out RBbassfishing.net for all the up to date fishing reports, product reviews, and information for every type of bass fisherman.