I fished the Snag Proof Tournament this year for the first time, and I was excited about the possibility of a great top water bite, which is everyone’s favorite, as well as competing against many of the great anglers out there, but, for me, it turned out to be a daunting grind. Two days, two tides and 30 mph wind that would burn your batteries up and beat you to death, and if that didn’t get you all the smoke from the fires would.

The best part was camping with my RB family, Chris Perez, Ron Howe, Josh Parris, Rick Novotny, Brain Orange, Kevin Cornwell, Randy Walker and others. While sitting around the campfire, I asked Josh if I could call him later in the week, for an interview, for two reasons; 1. I want his perspective on the tournament after it was over, because I certainly wasn’t going to probe him during the event; 2. I fished poorly and I know I’m a better fisherman than what I showed, so I wanted to compare game plans and execution. Josh and Rick we’re leading after day one!

So yesterday, I called Josh and spent some time talking to him, and I really want to thank you for spending the time with me buddy! 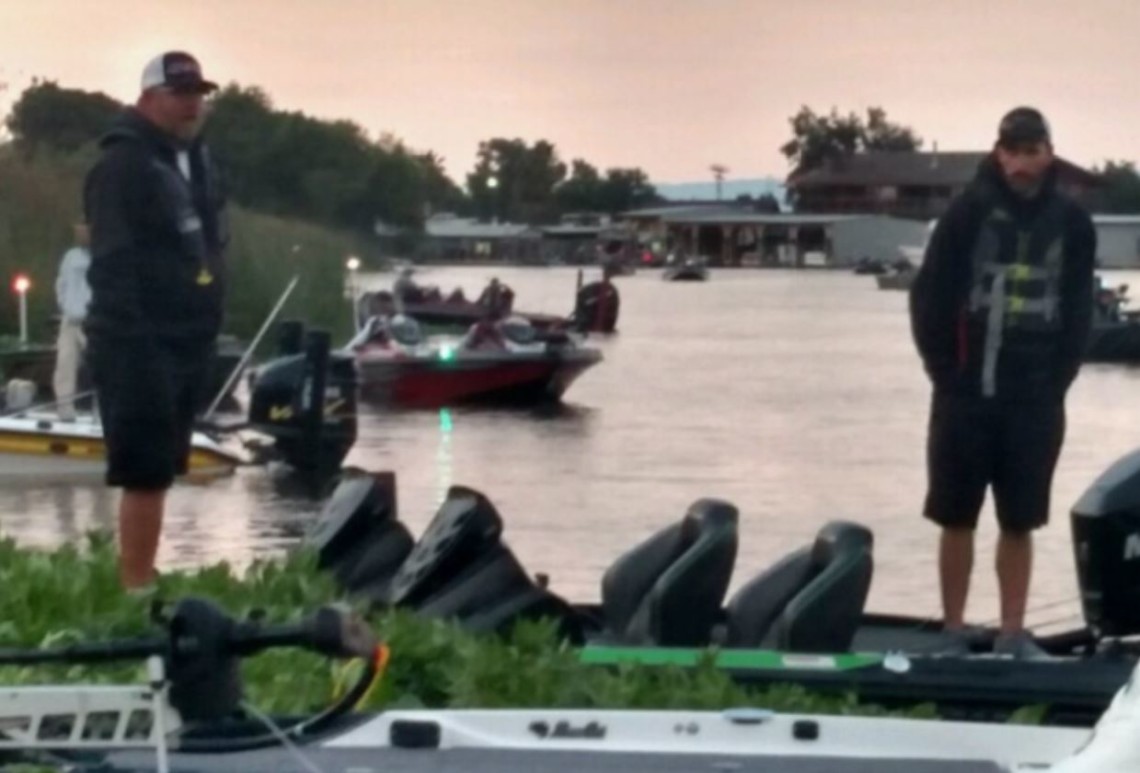 Josh and Rick day 1 blast off

I asked Josh if they had a chance to prefish at all, as we went in blind. Josh said he broke the Delta down into several different areas and through the month of July he fished each area, from the Port of Stockton all the way North past Lost Slough. If you know the Delta, that is long haul and even more so from the tournament launch at Russo’s. It could be an hour straight, just flying in the boat up there, but worth it, if you found fish.

He said they looked for protected areas, that produced lots of bites, out of that wind, which in the west Delta, that day, it was doing 30 mph, We obviously made the wrong decision. If they had wind they’d leave for another spot that was protected. They fished Sycamore, as well as the Tower Park area and had some violent explosions and misses. I interjected that it happened to us as well, except we didn’t have anything violent, but just nipping at it, and in some cases missed the frog entirely. It suggested to him that color and size made a difference, as well as retrieve. I agreed, as I switched colors several times and varied my retrieves.

I asked if he used the buzz frog or Wobbletron for a search bait, as I did, he said he didn’t use the Wobbletron at all but did use the Buzzfrog, which produced some blowups. All I got on the Buzz were misses, and they weren’t blowups, just a nip or a push. He said he used the Poppin Frog slow, twitch, walked it and but always slow again. Everything else, like Freddie’s, they worked fast. I also mixed it up, fast and slow and found what bites we got were from the slow retrieve. Their color of choice was yellow and black and the Sparrow, for walking. The Poppin frog was white and black, which was what Josh threw mostly. I three the same colors, which produced my bites. The key was finding calm water, rock walls and Hyacinth’s that had small pockets of Cheese. He would throw the frog within a foot of the bank to start his retrieve. The further off the bank the better, as you could walk it over several different ambush spots, like the weed line! They found that the stained dirty water produced the best for them and I had to agree, as we found more bites away from the clear water.

Josh’s weapon of choice was his 7:1 DMK reel, he orders them from China, matched with his 6’10” Heavy Falcon. He likes the shorter rod because he hates the slapping of the water with a longer rod. I will drive him nuts fishing with me (which I hope is soon) with my rods, the Dobyns 766, 736, and my Mojo Bass, as they are longer and I slap the water every now and then.

In end, he said they ground it out just everybody else, you just had to find the fish and get them to commit, and his prefish helped him narrow his scope on where to fish. 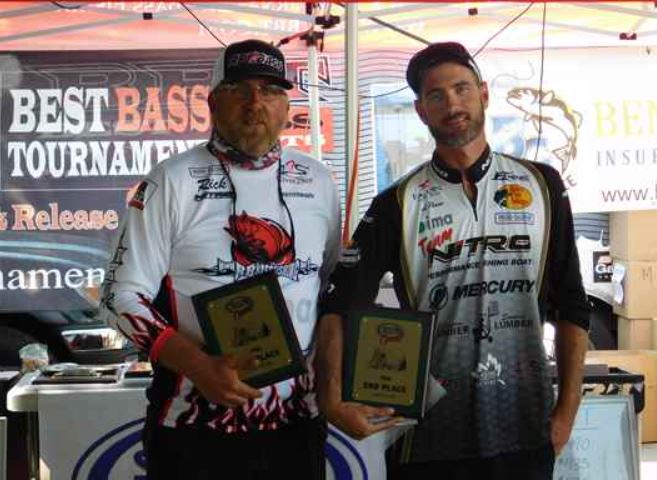 Outstanding job and Congratulations on your 2nd place finish, at 23.61 lbs, ⅓ of a lb out of first! Thank you for sharing your experience with us and the rbbassfishing.net family. Josh Parris and Rick Novotny, both I might add, are RB Anglers!