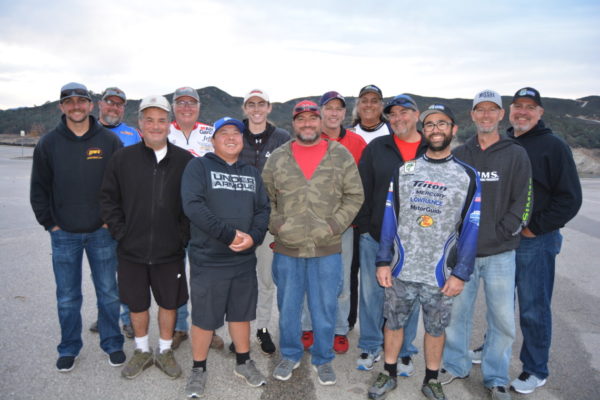 The newly assembled state team will compete in the B.A.S.S. Nation Western Regional in May on Lake Shasta.

NACIMIENTO, Calif. — When the final tournament of the season ended on Lake Nacimiento on Dec. 9, the 2019 California B.A.S.S. Nation State Team was set.

Ron Raymond, of Paso Robles, Calif., won the 2018 California B.A.S.S. Nation Qualifier 5, earning his spot on the state team and cementing the rest of the team based on points. Raymond, who is a member of the Valley Bass Club in Bakersfield, won the boater division of the two-day tournament with 18.34 pounds. Stanley Beebe, also a member of Valley Bass Club, won the nonboater division with 12.17 pounds. Both men qualify for the state team as the final tournament winners of the season.

Competitors who won the first four events also qualified for the State Team. They are Kenneth Cleveland and Jim McLaughlin, who won at Castaic; Taylor Parsons and John Steinhilber, who won at New Melones; Stephen “Bub” Tosh and Tim Meeks, for their victory at the Delta; and Steve Sepulveda and Chris Gilkison, the winners at New Hogan.

The remaining five spots in each division for the state team are determined by points. Their best three tournaments of the season counted toward their selection on the team. An alternate is also selected in each division based on points.

The boaters who qualified for the 2018 California B.A.S.S. Nation State Team based on points are, in order of points, Brian Kennemer, Jason Hemminger, Bruce Harris, Charles Cornelison, Kevin Melford, and Jeff Jones (alternate).

The 2019 season begins in January and will be a new Open format. The schedule for the 2019 California B.A.S.S. Nation trail is as follows: