Fishing consistent at a high level is a challenging thing to do in the sport of Bass Fishing. To do this against the best Anglers at any level is a great achievement. The inaugural year for the Apex Cup stacked top west coast Anglers in a new format with a bright future being built. The Anglers would face a stiff  off limits period prior to each event. The off limits period for each event is 30 days, the first day of the event all Anglers get 30 minutes to check out the body of water they are on prior to competition. This makes the playing field very level for all Anglers. 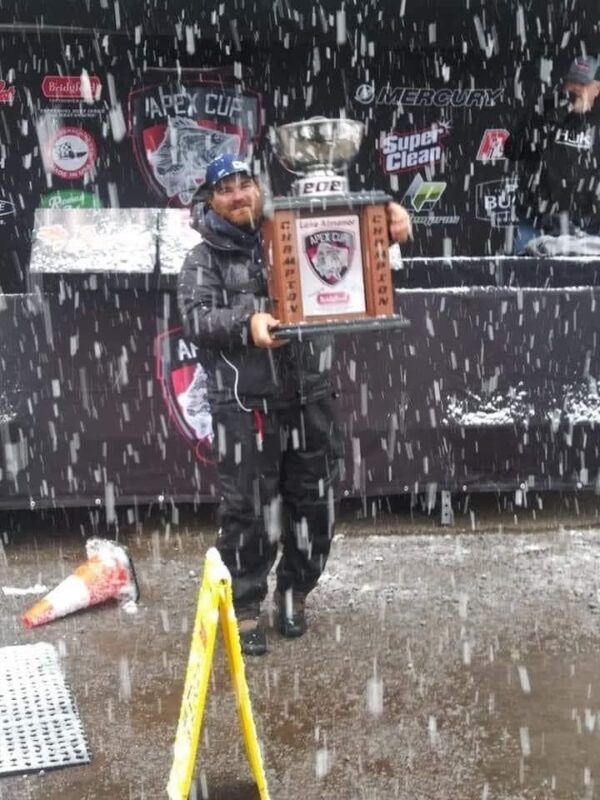 Entry fees for the Apex cup are $2000 so the stakes are high! The Anglers fish for two days and can make the top ten and fish day 3 championship Sunday two different ways. One way is total weight for 5 Bass over 2 days of competition, The second way a Angler can qualify for day 3 is total scoreable bass. A scoreable Bass in this event is 14″. You can follow Anglers during each event on the Tourney X App, a unique way to cheer on your favorite Anglers. 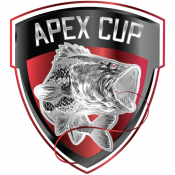 Austin Wilson Started the year off with a bang with a Huge win on Lake Almanor California!  Austin was able to adapt during adverse conditions for Smallmouth Bass and take home the title. Austin stated Bed Fish, Small Swimbaits and Senkos were his 3 key baits for the Win!. The second stop of the Apex Cup was at Lake Camanche near Stockton Ca , Austin finished 12th in this event and had a great start to chasing the AOY title for 2021. The third stop of the Apex Cup was a unique fishery not many Angler’s have ever been to called the Thermalito Afterbay where water is pumped out of Lake Oroville for Farming and irrigation. This is a shallow water fishery with grass and many different forms of structure. Austin caught fish several different ways here adjusting to conditions, A Frog a Senko and a Chatter Bait were  his 3 key baits. Austin was able to finish in second place right behind Ken Mah who won the event.  The Next event was the Championship on the California Delta, A place these top Anglers have all fished many times and know the tidal waters very well. Austin finished Day 1 in second place behind Ken Mah fellow Apex Tour Angler . On day 2 Austin was able to out catch the field and move into the top spot for day 3, but mother Nature had other plans and the event was Canceled. Austins Top Baits were a Chatter Bait and a Punch! The final day of the event would have to wait until further notice.

After the Wild West Bass Trail TOC was concluded the Apex Cup announced where the day 3 make up event would be held for the 2021 Apex Championship! Lake Berryessa was to crown the Apex 2021 Champion, Ken Mah of Elk Grove California, was able to boat the biggest bag of bass on this final day and Win the Championship! and Austin Wilson finished in Second place at the Championship sealing his 2021 Apex Cup Angler of the year Title! Making it the second year in a row winning the Angler of Year title , as he was the 2020 Wild West Bass Trail Pro AM Angler of the Year ! 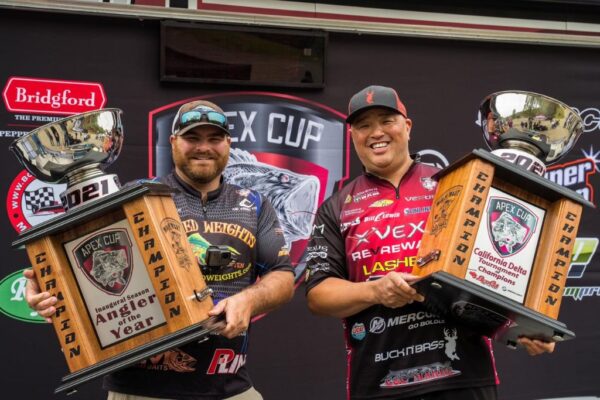 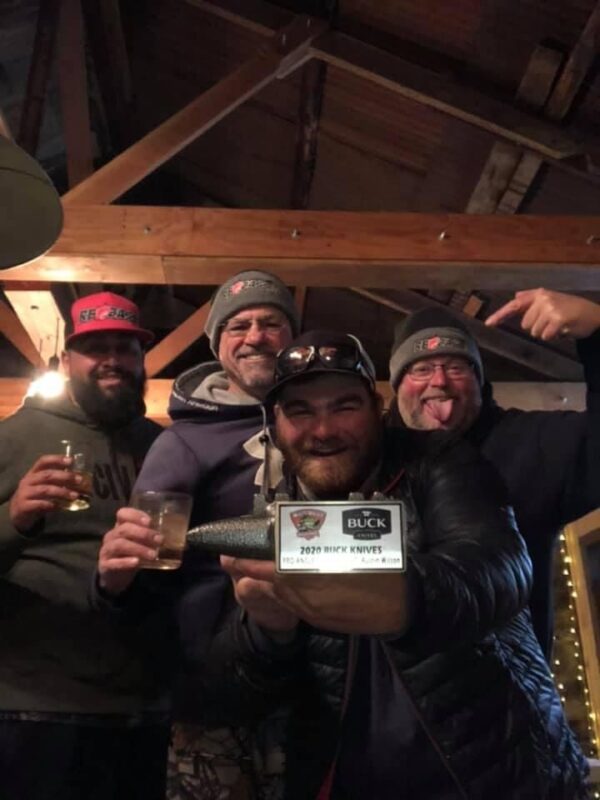 Austin Wilson 2020 Wild West Pro AM Angler of the Year,  and the RB BASS Boys! 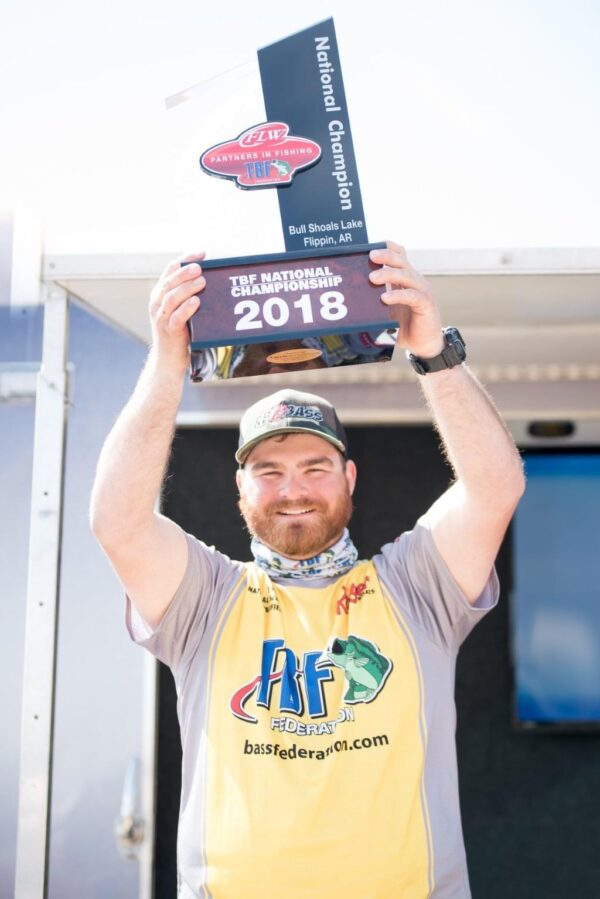