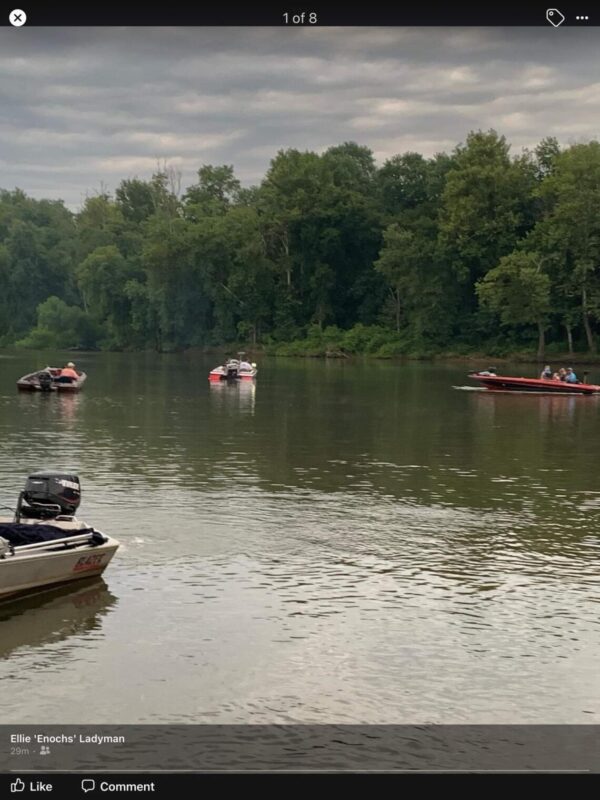 The 2022 Ellie Invitational Kids Tournament was held on Lake Wappapello in Southeast Missouri. This is a fun low stress event, that allows kids a chance to get out on the water and fish, swim and just have fun. Followed by an awards ceremony, a BBQ for all participants, games and a kids swim party. An all around fun event for all involved.
All the boaters and or parents were asked to donate some tackle for a kids giveaway.
RBBASS sponsored the Big Fish Award. 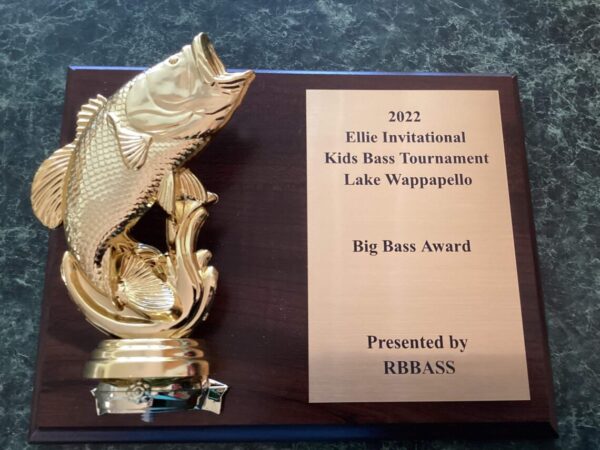 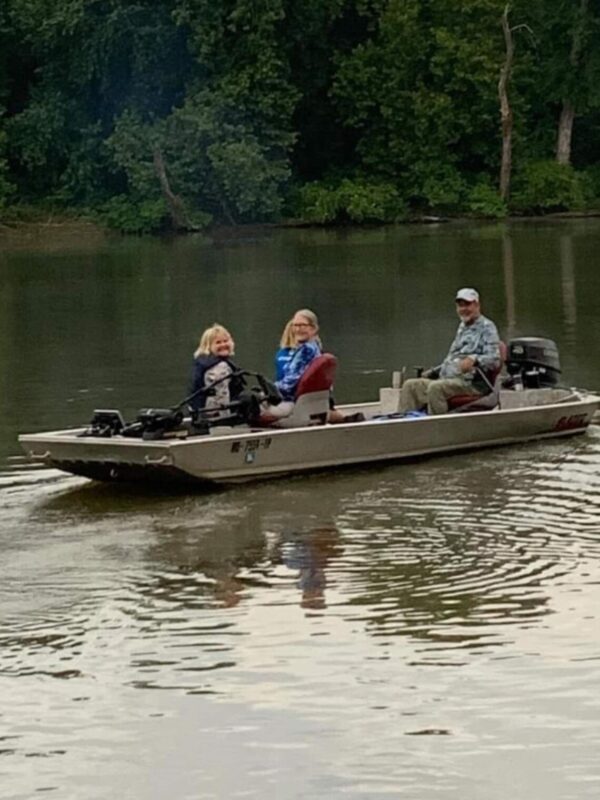 With Mid Summer Missouri heat bearing down we had a short fishing day, with a noon weigh-in. The Adults helped each other launch boats and get the kids safely on board. after a quick rules and safety meeting the Anglers were sent off in search of some Wappapello Bass. 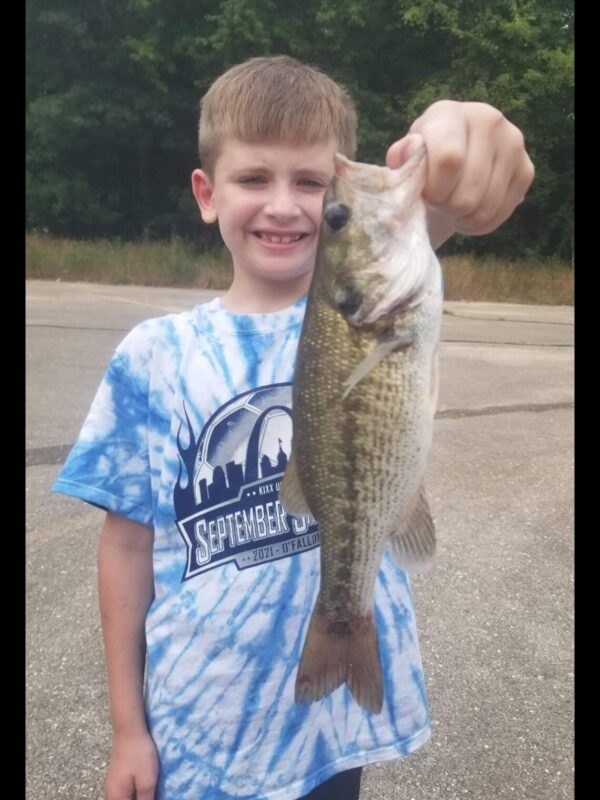 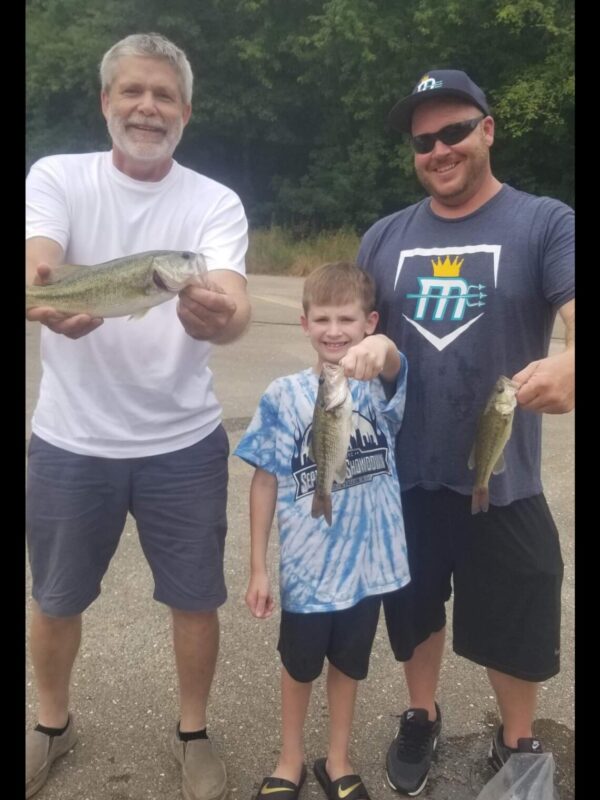 Once again I was partnered with Trent Lacy. Trent was fresh off a 3rd place finish in the National Youth Fishing Association Championship Event held at Lake Pomme De Terre in Western Missouri. I was impressed last year with his fishing skill, and a year later his abilities are even more impressive. He can cast a baitcaster as good as anyone, pitch, flip and even skip a jig with one. He stayed focused, fished hard and knew every technique that we used. I thoroughly enjoyed my day on the water with Trent, we talked about fishing and his love of Duck Hunting and before I knew it, our day was over, and it was time for the weigh-in. We had a good day fishing too, capturing 1st place and Big Fish. 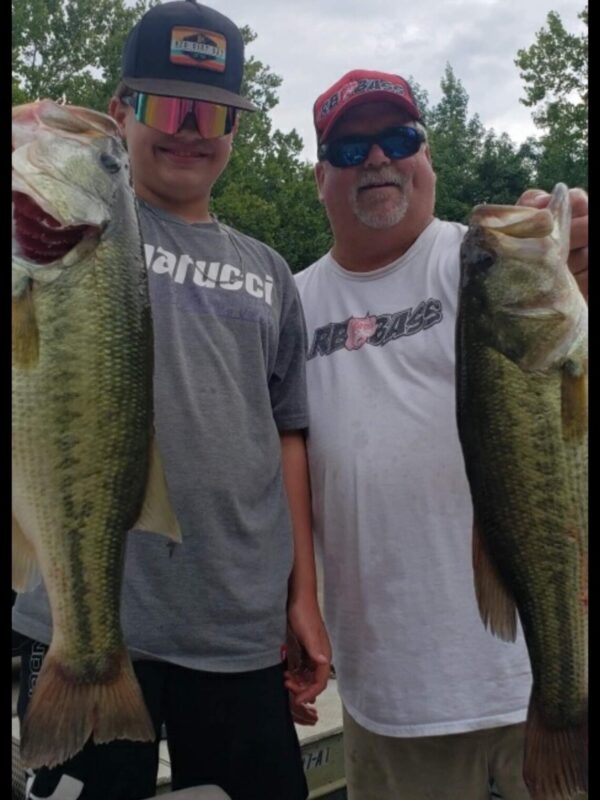 All the contestants caught fish and had fun, fishing, riding around in boats and swimming in the lake. 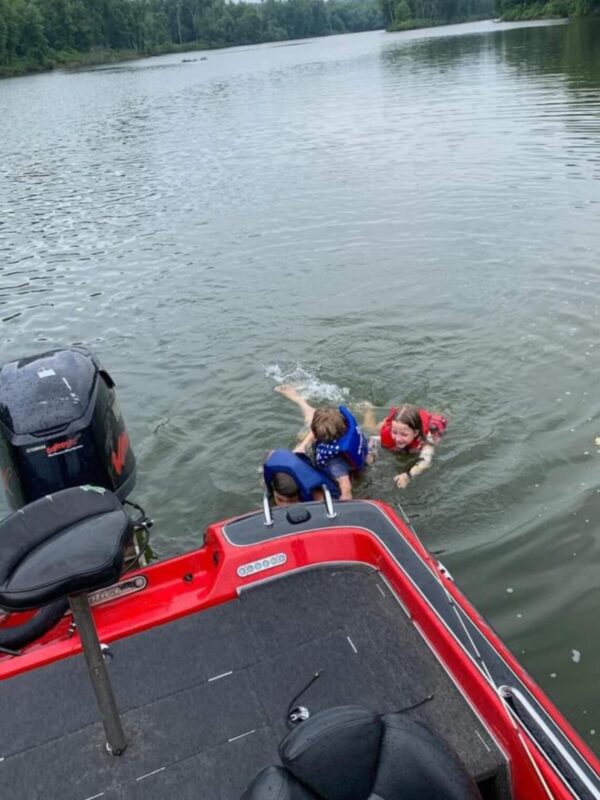 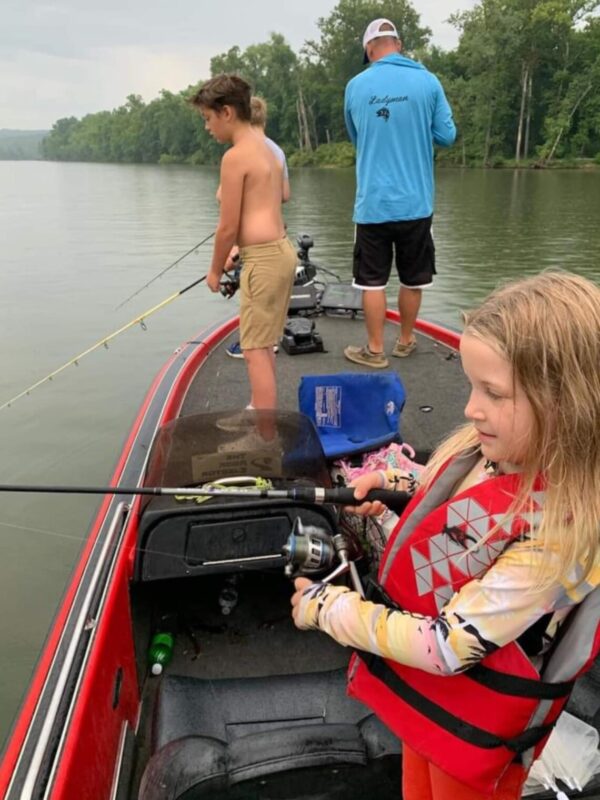 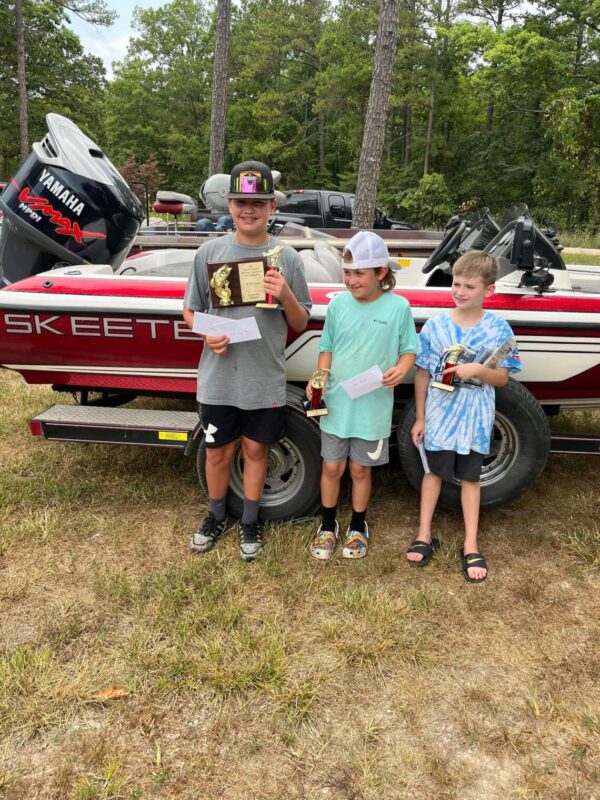 Now let me tell you about Trent’s little brother Owen, while we were all waiting on the BBQ we had a casting contest for the kids with a $5.00 prize to the winner. Trent said he wasn’t going to play since he had already won the tournament and wanted to give the other kids a chance. All the kids lined up and took their turns, after going through the pack twice, I noticed Owen wasn’t in line. He was with Trent off to the side, I asked him to play and he said he was giving others a chance because he had already came in 2nd in the tournament. I told him they had all already had two tries and it was his turn, he walks over, grabs the line flipping style and smacks the target dead center just like the great Dee Thomas would, then this kid turns around and gives his prize money to one of the kids who hadn’t won anything. What great pair of kids Trent and Owen Lacy are. Keep an eye on these two they are ate up with bass fishing, you can follow Trent on Facebook at Trent Lacy Outdoors
Congratulations and Thank You, to all the kids, boaters, parents and especially Nurse, Mom, Teacher and all around Rock Star Ellie Ladyman for hosting the event. 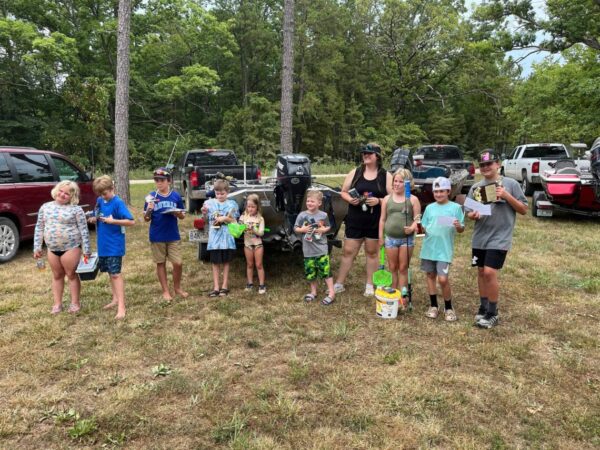