You are here: Home / Bass Fishing News / Adrian Murar Wins IF Mas 2017 with a 9lb Kicker 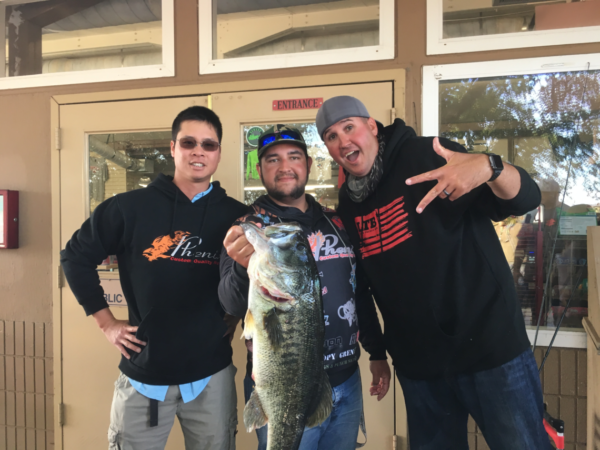 weather- Sunny with heavy fog in the morning

pre-fish – The day before the tournament I headed out to Camanche to practice for the event and locate some fish. I idled for hours offshore looking for schools of spots on the island tops and only found one group of fish! I decided that my best shot to win was to go find a few shallower rock piles and try to catch a big one. I ran to the main body and started on a few shallower rock piles and picked up a few spots on jigs and shaky heads. Then I pulled up on a really small rock pile and found quite a few fish on it, I threw a jig and caught a few nice fish and right before I decided to call it quits I decided I needed to throw a Huddleston and see if I could at least get a follower. On my first cast I had a giant follow it up and I knew that if I was going to win I needed to catch her in the morning.

Tournament day- I launched the boat an hour before we could start fishing and told myself I needed to run to where I saw the big girl the day before. Only one problem… it was so foggy it was unsafe to run anywhere. So I took that into consideration and decided I was going to start the morning off on a flat close to the launch ramp. The bite that morning was ok but, I only got a few small fish and lost a good one that I never saw. On the flip side my partner was not getting many bites but, he managed to catch a nice 3 pound spot.  Finally the fog burnt off and I ran to my big fish spot. I pull up and to my surprise there are 3 other guys on it already! I knew I couldn’t just leave so I asked politely if I could make one cast and they all agreed saying that they haven’t caught anything all morning. I thanked them and made my cast with the Huddleston and slow rolled it over the rock pile. Half way through the retrieve I bumped a boulder and as soon as the Hudd fell on the other side she bit! I set the hook and instantly knew it was her. I fought her to the net and my partner netted it! I was so stoked but, I couldn’t say the same for the other 3 guys on that spot.  The rest of the day was a grind I caught 2 more decent fish and culled out one more time but, that was about it. 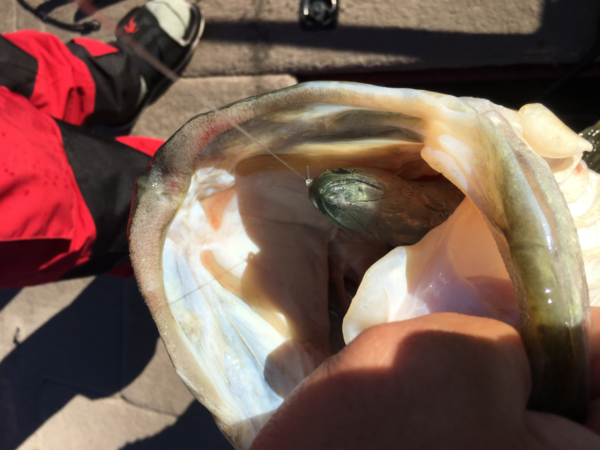 The overall report- The bite is pretty tough and the only good bite is for the first 2 hours in the morning on any of the many flats out there! Throw an a-rig, jig, and a shaky head. FISH SLOW! For some reason the fish are not really aggressive and the slower you fish the more bites you  got. The narrows is also a good spot right now with many fish being caught in the 20 ft range.

SHOUT OUT to a good buddy of mine and fellow RBBASS angler Dominick Mohameds for helping me out finding some fish when I was struggling during prefish!

-phenix recon elite-PHX-C764MH for the jigs