First let me begin by saying that the future of our sport is in good hands. I had the pleasure of being a boat captain for a high school team out of Arizona. That’s not really a big deal until you think about the fact that their journey began the day before at 1PM. The parents of these fine young men drove 13 hours thru the night to meet up with me on Friday morning at the ramp for a few hours of prefish. For high school teams it takes a much bigger team to make things happen. Its very consuming for the parents of these anglers. We as parents give our time to our children without giving it a second thought. Now think about an aspiring young angler nor anglers with big dreams. I mean its not like there is a tournament in your back yard or local park on Saturdays for an hour. This was a regional event in the Western Region. Which means this is it, if you want to make nationals then you have to be there. So Id like to commend the awesome parents of all the kids that are out fishing these events. In a day and age of video games and hanging in the house, its truly a blessing to see some of our youth out living the dream in nature. 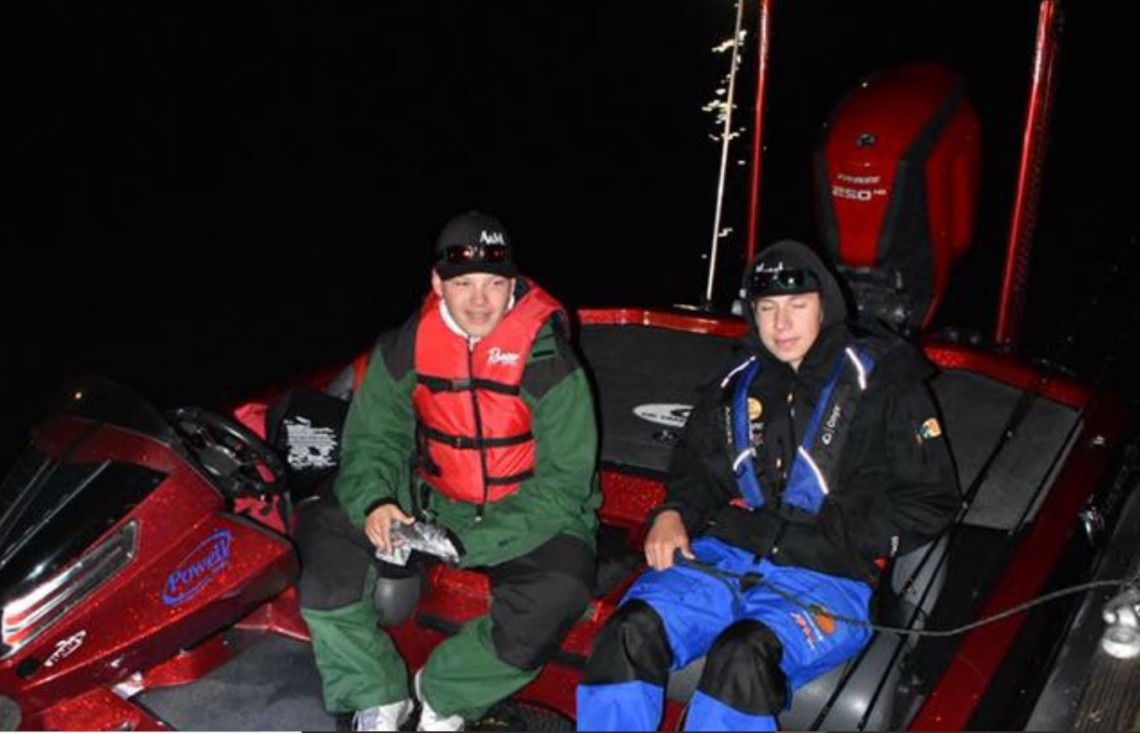 So I met up with Charlie and the boys Friday morning around 5:15 am at the local ramp. Niko Romero and Jonathan Milburn 15 and 16 years old respectively. We talked about the day and the rules a bit then loaded the boat and headed out onto famed Clearlake. The weather had been back and forth all year. Get nice for a couple days, followed by cold wind and overcast, and add in a few thunder showers for good measure. Needless to say, these types of conditions leave the bass in a little bit of a funk. Catching fish has not been an issue, the better quality fish have been. 6 hours is not much of a prefish on a lake that really needs to be broken down into several parts. We began mid lake and worked our way north for the day. Check in was at the north end of the lake so it was the logical route. The boys did an excellent job of trying different approach and patterns. We didn’t catch any big fish, but those are supposed to be saved for game day anyway. We went to registration and talked about a game plan. Niko and Jonathan decided on a starting spot and the day was a wrap. I headed to the house and emptied the boat so there would be plenty of room for their stuff. You have to understand that these kids didn’t want to leave anything at home that they may need.
We met up at the ramp in the morning, loaded and launched the boat. I will say BASS does a great job with safety and presentation. Live-wells, kill switch, and lights are all checked and verified at the dock before blast off. Oh yes, and insurance. The weather was overcast and a bit chilly but not uncomfortable. We headed out as boat 2 and south we went. As it turned out it was a bit windy as we got down the lake and we had to slow down a bit. My only real concern was the fish. All of their areas were prone to a north wind and we had it. We arrived at their starting spot and on the front deck they both went. On the second cast Niko struck gold, Big Bass of the tournament and the kicker they knew they would need. Ole big eyes was in the net and into the live well. High fives were passed around and back to work they went.
So with nerves settled and confidence on the rise they pursued the next big bite. Trying different angles and baits they slowly but surely added some fish to the well. We bounced around trying different strategies and techniques, adding to their overall weight an ounce at a time. BASS requires a 15 minute break to eat and drink water where no fishing is allowed. During this time we discussed what was going on and what we should do different. Well really it was what they should do different as all I can do is watch. So a new plan decided on and a new location, after break we headed to their next stop. Well their adjustments paid off quickly with the second biggest fish in their bag. They culled a few times and decided on another location change. After going without a bit they decided to move again. At the last minute they noticed a point and stopped. Jonathan got snagged and as they went to get the bait spotted a bed fish. Niko dropped his jig in the bed and immediately set the hook. I thought there is no way that fish bit that quick! Yet it did happen! They laughed and high five about the aggressiveness of that bass and culled up for the last time. At this point we figured they had about 16 lbs, enough to maybe make a run at the top 5. Only the top 2 teams advance to the Nationals. 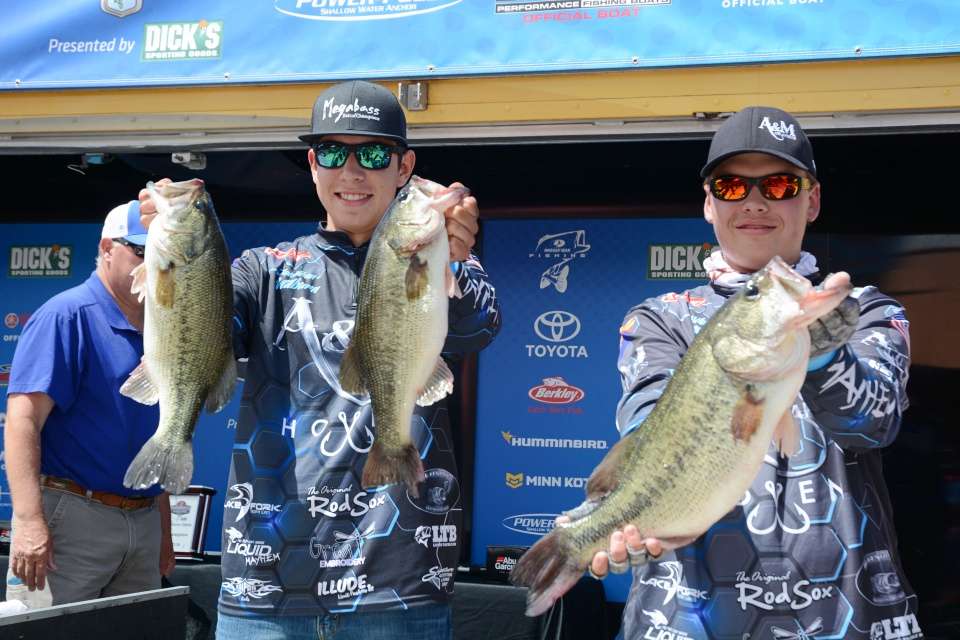 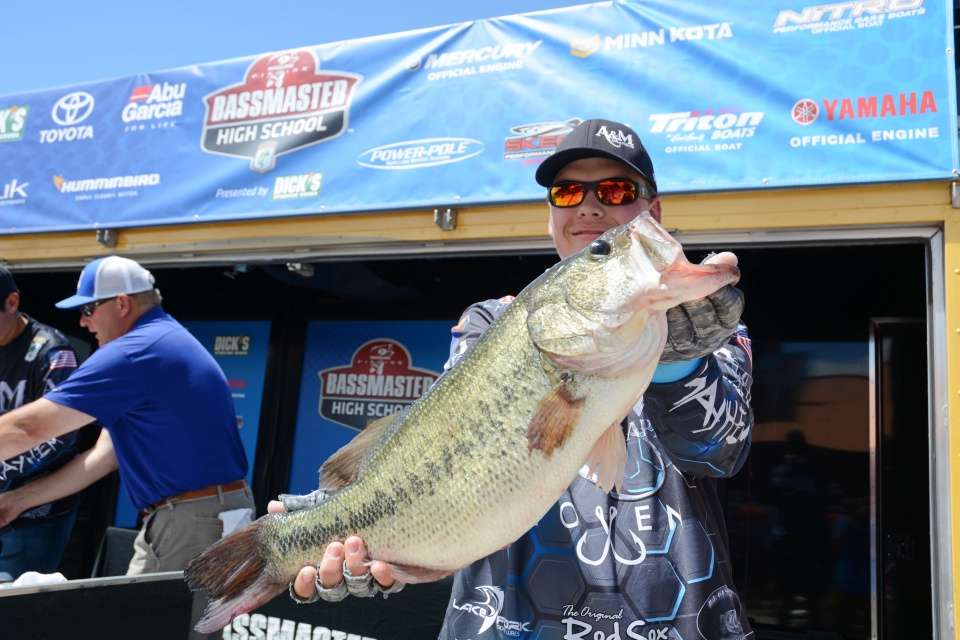 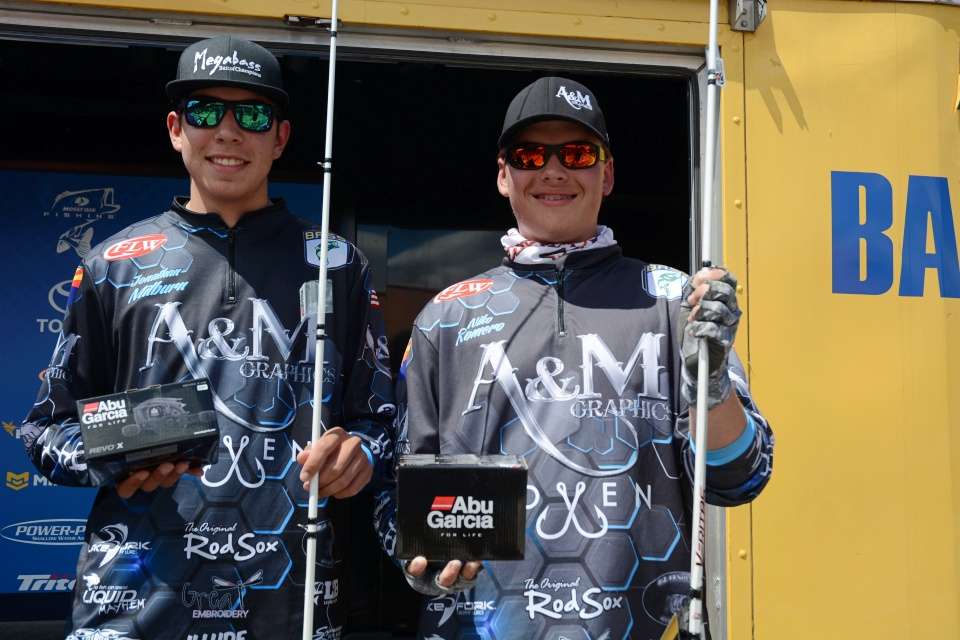 We made a couple more stops, working our way towards weigh in, to no avail. Niko and Jonathan were happy with their catch and their goal weight of 15 lbs had been met. BASS does a great job with the weigh in. The stands and surrounding areas were packed pretty well with parents, families and curious passerby. By this time the weather was quite nice with the clouds making way for some beautiful sunshine and calm winds. As the weigh in progressed Niko and Jonathan made their way to the stage and took the lead with 17+ lbs. They remained in the hot seat until the final team took the stage. Sheldon Reese and partner won the event by 2 lbs with over 19lbs of bass. 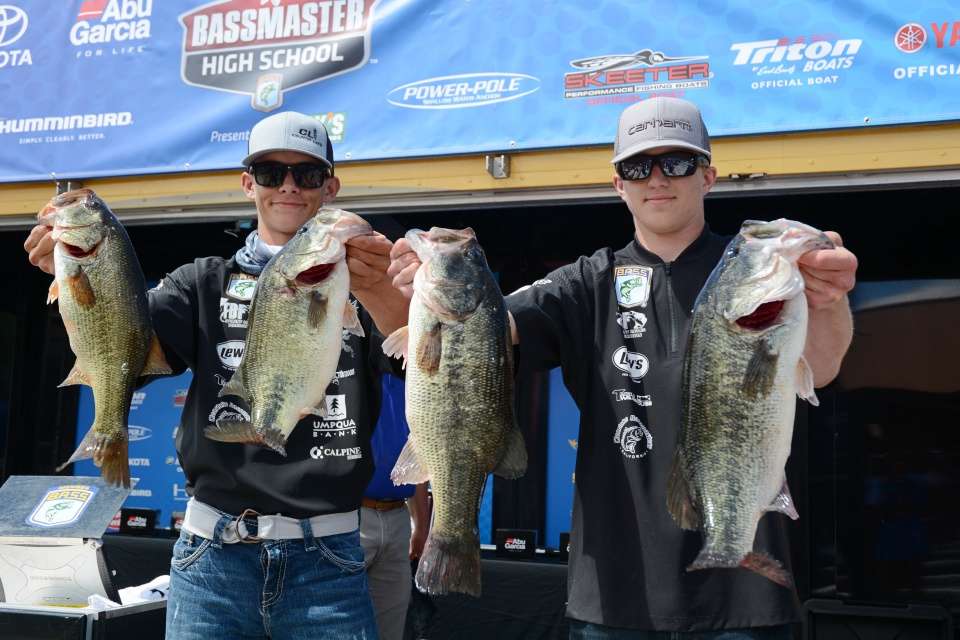 The cool part is I’ve known Sheldon for a while and I’ve fished with him. He is another upstanding young man as I’m sure his partner is as well. The thing I loved seeing the most was the sportsmanship and attitude of these young men in victory and defeat. There was no regret, pouting or dismay. Only gratitude and sportsmanship. Something I’ve always thought about the bass fishing crowd, the overwhelming majority are great people and good sports, these fine young men and women at this event are no exception to that. Congrats to Niko and Jonathan as well as Sheldon and Cooper for qualifying for national on Kentucky Lake. I wish both teams the best and hope you have a blast. 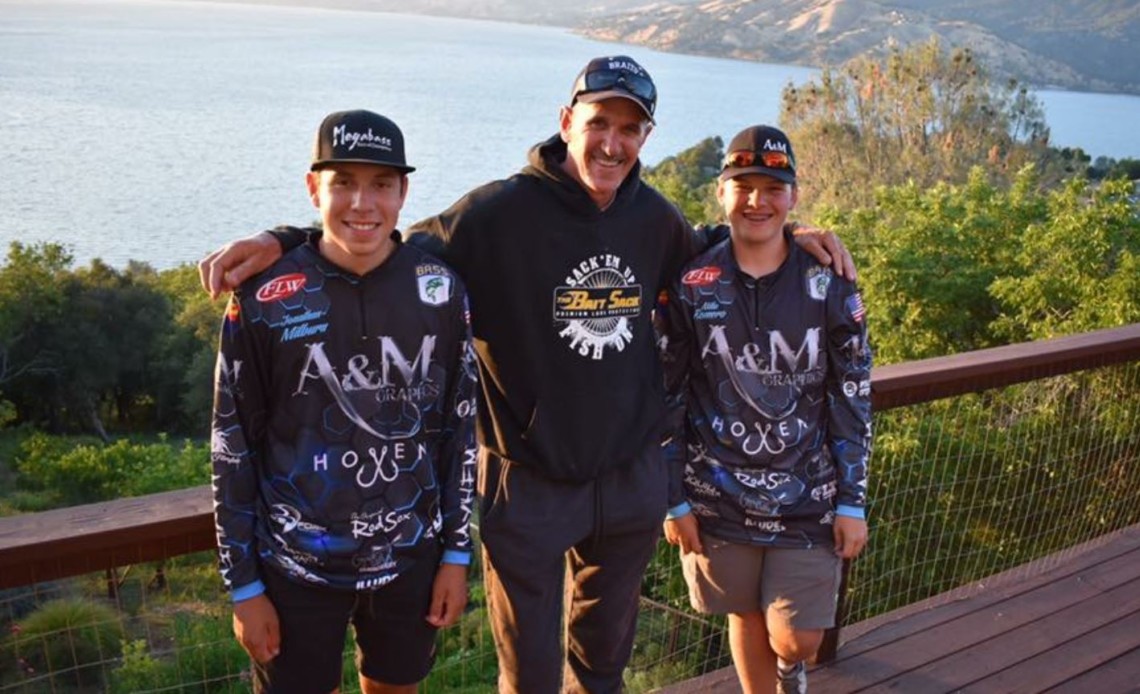 Now, remember the parents? Well now they get to tow a boat across this country and watch these young men compete on the grand stage. Devotion is something Im well aware of from my mother and now my awesome wife. I know and have met the parents of 3 of these boys and can say they are doing an amazing job helping these kids follow their dreams.
To close this out Id like to say this event takes a bit of time to make happen. That said Id love to do it again as it was worth the investment 10 fold. Ive actually considered going to the local high school and attempting to get a club going. Only thru working with our youth can we help shape the future. Get involved and contribute, we can all make help a difference.