On February 29, 2020 my buddy Justin Misenhiemer and I decided to fish Dan Masasen Outdoors Legend Series bass fishing tournament.  The tournament was held out of Ladd’s Marina in downtown Stockton. Shortly after blast off we headed north to a well-known marina where we have been seeing big fish set up to spawn.

Justin and I begin throwing moving baits which consisted of a jackhammer chatter bait, strike king thunder cricket, and a River2sea square bill. The tide was still in coming, and there was plenty of deep pockets to target with our chatter baits. We quickly put a small limit of bass into the live well.

After working over our primary area, we ran West to catch the tide switch. In this area we targeted hard bottom, which consists of; sand, rock, concrete, and gravel. In those areas we flipped/pitched senkos, jigs, and brush hogs. We caught plenty of fish which allowed us to make a couple good culls.

Overall we fished clean, but never found the bigger quality fish. We ended up with 13.14 at the scales which was about average for the majority of the teams. 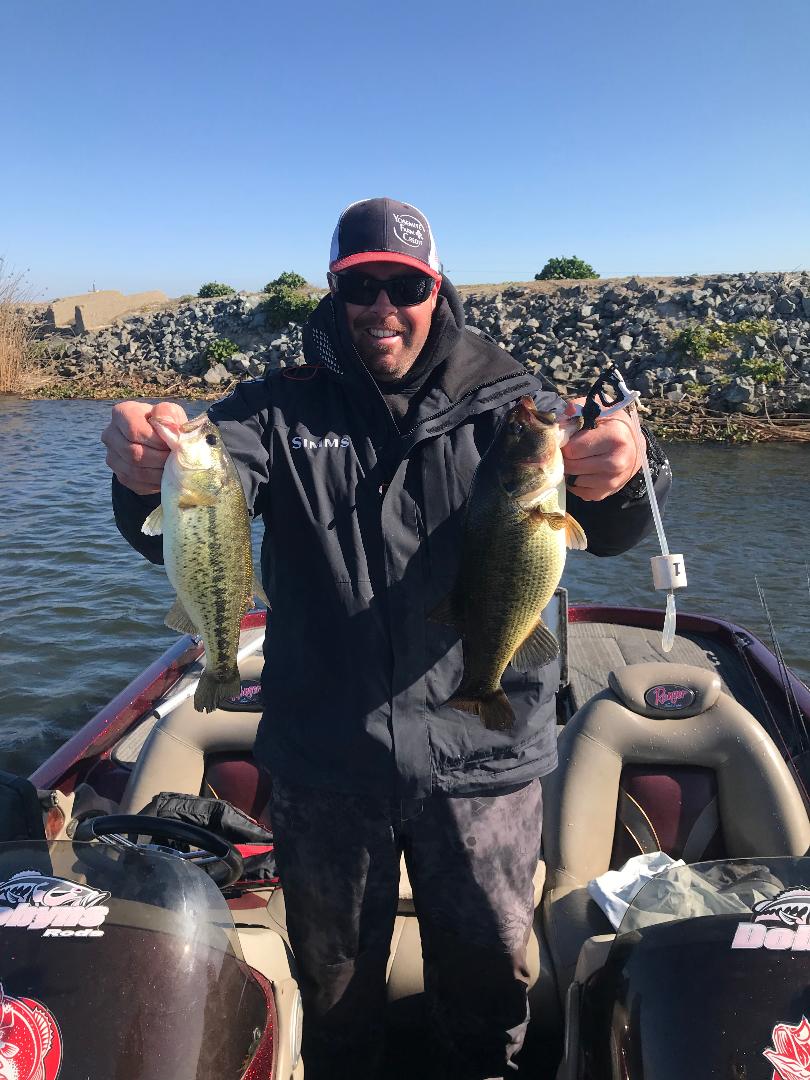