Over the past couple weeks I’ve been spending most of my time on the delta due to the closures of many lakes. The delta hasn’t been easy lately. They will use certain areas for a couple days then leave and with the cold weather lately it’s been difficult to find a consistent bite. Fish are feeding up to spawn and a few on the beds here and there. I’ve caught some nice post spawn fish as well that spawned in early march.

Islands with big flats and lots of current on the sides of the islands have been producing for me. They will sit in the current and eat what they can then roll into the flats to attempt to spawn. Lots of fish roaming up in the sun scoping out the flat to spawn with the full moon on its way. These fish are tricky to catch and the colder nights we had didn’t help.  There are a lot of empty beds and smaller fish locked as well as some 3-4lbers. The big females that I’ve seen up shallow were posted up on wood or small primrose patches then disappear into the grass and don’t come back. I have been able to get some nice chatterbait and squarebill fish in the 4-6lb class in the current. Outgoing tide has been best for me and when it gets too low to properly fish my chatter or squarebill I will pick up a punch rod and run around fishing isolated matts pinned up on banks.

Lots of big fish have been caught this year in my boat on a 6 or 7 inch senko. I’ve been throwing green pumpkin in clear water and june bug in dirty water. Incoming tide I’ve found the fish on the bank super shallow. I caught a few nice topwater fish this past week throwing the bait on the bank during the incoming tide. With all the tournaments being canceled lately I started targeting stripers for fun. We have ran into some big schools of 5 to 10 lb stripers half way back in sloughs throwing 4.8 swimbaits and a rigs. I am still guiding on bodies of water that aren’t closed yet! 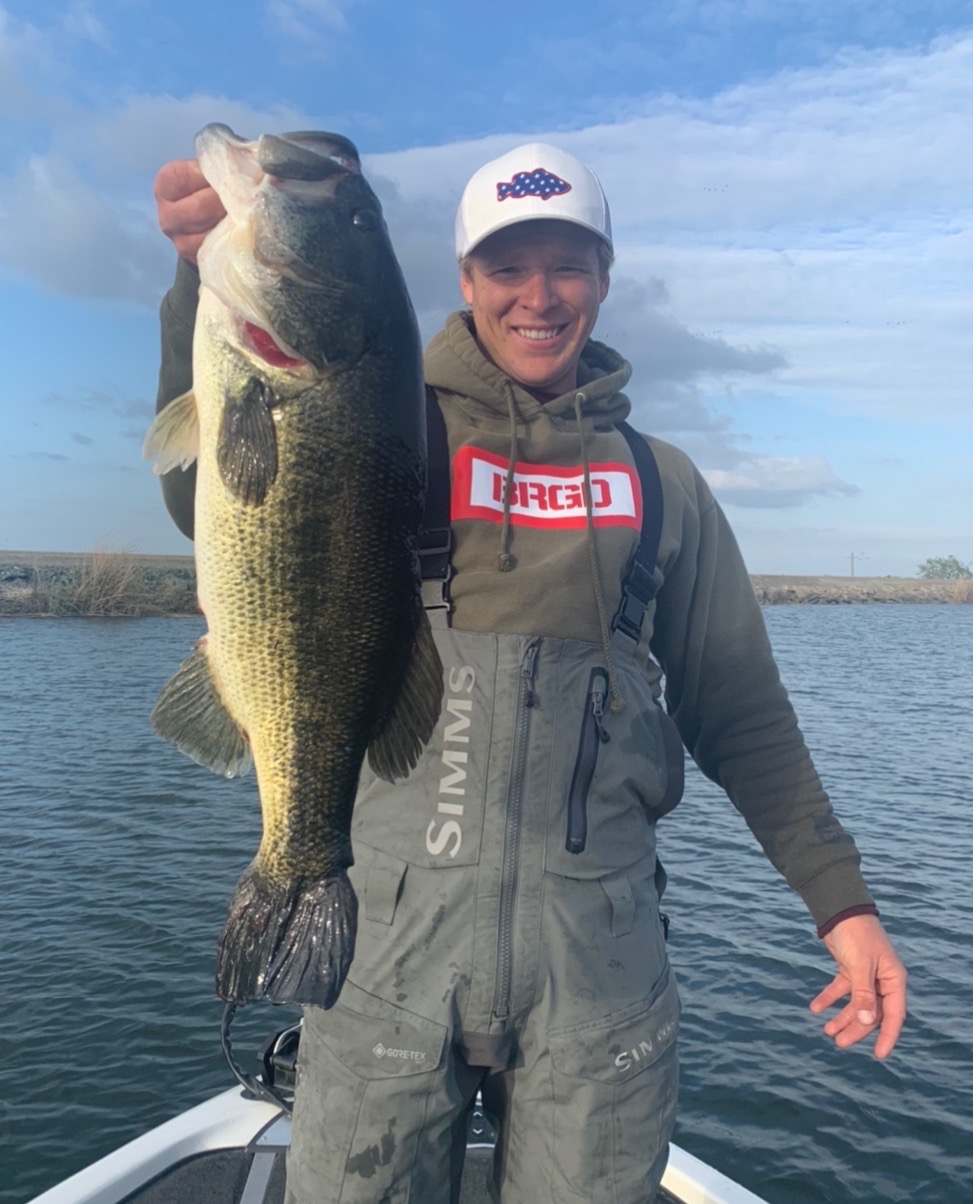