Fished the BBT Delta/Wine Region today with a buddy. The event went out of Russo’s Marina. Overnight temps were in the high 50’s with a light breeze to start the morning with winds picking up later in the day and clear skies. We fished both clear and lightly stained water in the 73 degree temp range.

Started the morning with a high incoming to outgoing tide. We fished island points and found fish right away on buzzbaits, spinnerbaits and stick baits. Mixed in some frog action but they were either tail slapping it or pulling it down by the legs, just would not fully commit. We also could not get any punch or flip fish out of the weeds today, although we fished some of the best looking stuff I’ve seen in a while with no luck.

We fished both the shallow and deep island sides with success on both sides. Moved around to 3 or 4 places and caught fish at each place but they were barely keepers.

Once the tide switched to outgoing we made a little run to some protected docks around little Franks and found active fish on buzzbaits and swim jigs with more misses on the frog both on cheese and in open water. Worked down the bank and once we came to a point, we found a small pod of fish and proceeded to catch several fish every couple casts, but they were just keepers. Fish were coming from just off the rocks down to 6ft deep. Decided to try out a little deeper and found the bite I was looking for on the senko. The line jumped off the water, set the hook and knew right away it was a big one and the fight was on. It started pulling drag as it went shallow to deep back to shallow. I kept it from jumping twice and then it went shallow heading for the weeds, I was able to pull it away and it once again pulled drag on me. it turned one more time and TICK, I felt the hook pop out. She was gone! That fish would have REALLY helps us out and got us a check easily today if we could have got it in the boat,  but shook it off and got back to work. Caught several more fish in the area afterwards but with the short 6 hour event we ran out of time to pick the area apart more.

We only ended the day with 11.45 lbs. Tough day overall for many teams. 22 lbs won the event with just over 14 lbs getting in check range. Over 100 teams showed up making for some fierce competition, but the river won this battle overall. Great to see all the guys out there.. fun times.

We’ll get em next time!

If your interested in fishing BBT events and love the Delta, there are back to back events going out of Ladd’s Marina on June 23rd and 24th. See ya there ~

Good luck out there and be safe this summer ~

Check out http://www.outdoorproshop.com for all your tackle needs. 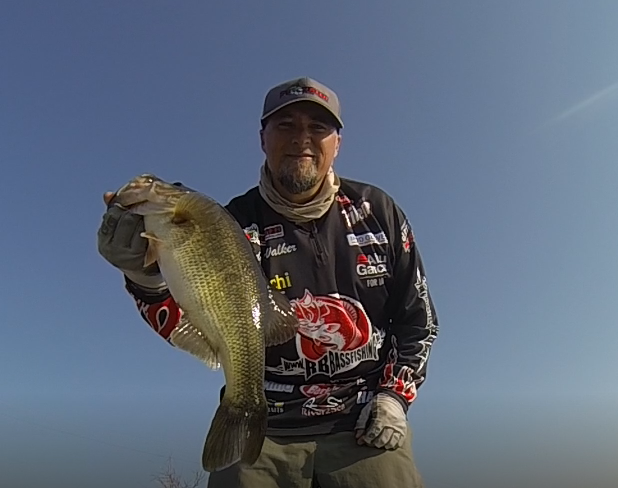