This Sunday I got out on the Delta with Chris Perez. We put in around 6am and were greeted by air temps around 50 degrees and a 20mph wind out of the west. In the morning, the water temp was about 65 and in the afternoon heated up in to the low 70’s.

We started out fishing a flat with some matted vegetation up shallow and some scattered grass around the edges. We got a few bites in the mat quickly but none were of any significant size. We tried throwing some top water around the edges of the mats and had a few swirls but with the chilly morning none of them were committed to eating the bait.

After fishing down the mat, we ran to some banks with some sparse tules and scattered grass. We continued to force a top water bite, but we could not get any to commit. We continued to have fish roll on the bait but no takers.

After giving the spares tules an honest chance we chose to make our way back to some mats. Upon arriving at the mats, we started getting some more bites. It was at this point we made this decision to stick with mats and hope to stumble across a big one.

After a quick lunch stop at the Rusty Porthole we headed back towards Paradise Point to some mats that were near some spawning areas and we continued to flip. We stayed in this area for the remainder of the day and picked up quite a few more fish and a couple of decent ones. To our surprise we were able to stumble across a hard bottom flat that had quite a few big spawners. These fish were not quite locked on yet but they were very close.

In conclusion, the flip bite seemed to be the deal for us. If you have any questions feel free to contact me through my social media. 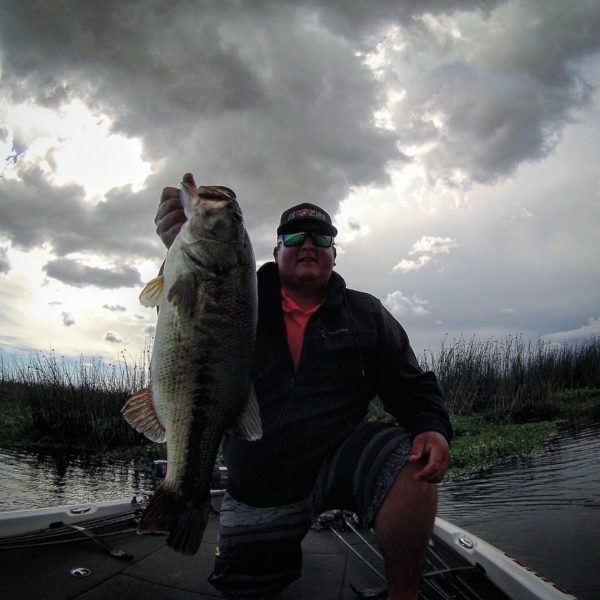