Date : March 18, 2018
Air temperature: 37-65
Water temperature: 51-59
Wind: 0-2 mph South, Southwest
Water clarity: 2-6 feet
Moon phase: new moon, visibility zero %
Location: California Delta
Tide: high outgoing 0800-1200
On March 18, 2018, I had the pleasure of taking Keith Pineo on a guided bass fishing trip to the California Delta. With the weather being as inconsistent as it has been I new we had to be prepared to run either direction of the delta, and throw whatever baits necessary to catch a quality limit of bass.
We launched out of Whiskey Slough Marina and indoor boat storage located at 3401 S. Whiskey Slough Road, Holt, California, 95234. The tide was beginning to peak out so I ran East to an island in the middle of the channel to fish the tide switch.
Keith and I were both fishing a wacky rigged senko in about ten foot of water. I caught two smaller fish up tight to the bull rush and approximately thirty minutes into the outgoing tide I caught a nice healthy prespawner which weighed right at four pounds.
After working over the islands a couple times sampling various depths and retrieves, I decided to run further East to Mildred Island. With the outgoing tide, the water was ripping out of the island which created lots of current. We caught several fish in and around the island but the better quality bites were away from heavy current and on bull rush points adjacent to deeper water.
After catching several fish in the three to three and a half pound class I ran South to catch the last hour of the outgoing tide. We pulled up into the middle river area and began pitching our senkos into holes which were present in the grass flats. The grass flats were adjacent to deep water which allowed the fish to transition copacetically into their spring time pattern.
Kieth and I put on a clinic in the last hour and a half of the outgoing tide. Several three to three and three quarter pound bass were being flipped into the boat. At one point during the barrage, we could basically call our shot when we predicted a bite to take place  after completing a cast.
After going through about two packs of senkos and the tide going slack, I started up the big motor and ran back North to fish the incoming tide. Traditionally the incoming tide hasn’t been as productive as the outgoing, however I’m beginning to develop theories which support my recent success during incoming tides.
We fished an island which had bull rush present and a sparse grass flat which came out approximately thirty yards off the bank. About thirty minutes passed without a bite and I could tell Keith was slightly skeptical about my choice of fishing locations.
I flipped my senko out approximately ten feet off the grass flat and I saw my line swimming towards deep water. I reeled down setting the hook and could barely turn the fish. She began head shaking digging towards deeper water. Kieth got the net ready just as she came up next to the boat. Kieth netted her without further incident and she ended up weighing 8.42 pounds. 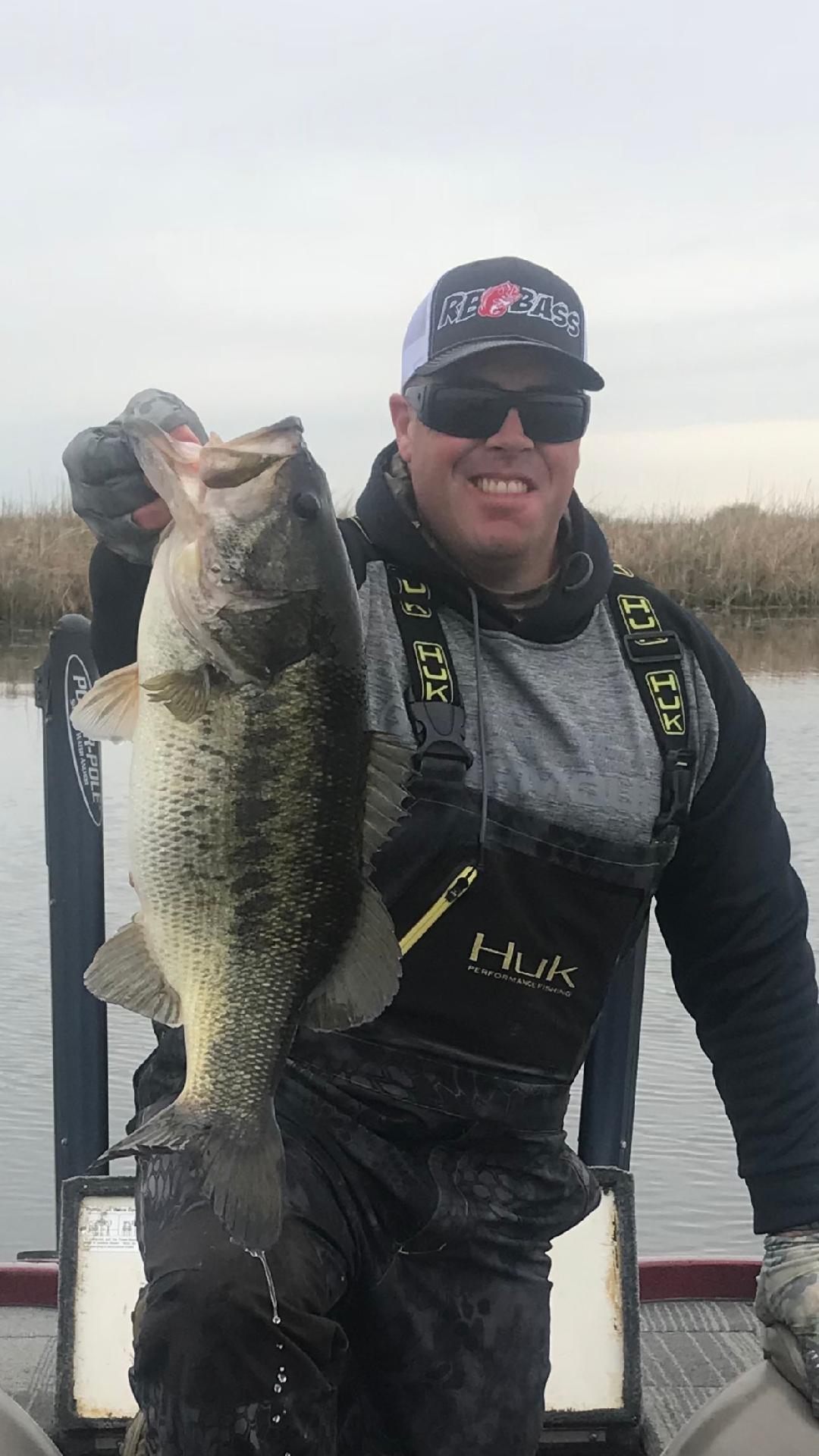 Both Keith and I were pretty pumped over the recent catch, and I told Keith it was his turn to catch a giant. Two pitches later as I was re-tying my liter Keith lands a 7.00 pounder. Our best five fish weighed just over 26 pounds and ending the trip with two big fish, we couldn’t have asked for anything more. 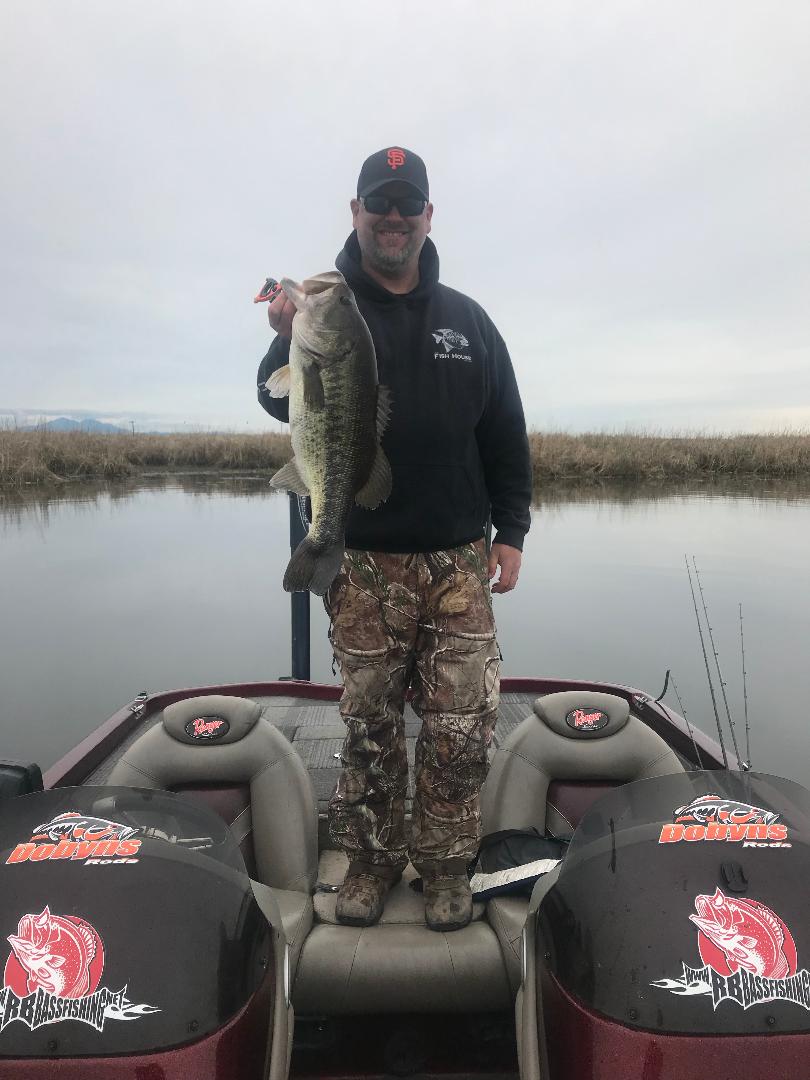 If you have and questions regarding this article, feel free to email me at bigbasssniper85@gmail.com or If you’d like to book a trip with Sick For It Guide Service call 209-345-7721.